Shots/onStone are developed by hand in a darkroom using the traditional silver gelatin process, which originated at the end of the 19th century. They bring back the elements of playfulness, excitement, magic and surprise to photographic print-making. Each 20x20cm (7.8”x7.8”) stone is hand-coated with liquid emulsion to make it sensitive to light. Under darkroom conditions, a negative image is then exposed onto the stone surface. Once it has been exposed, the stone is soaked in developer and fixer chemicals and then washed in water. Finally, the photograph is painted with a UV protective varnish.

The result is a black and white image with a minimal aesthetic. When you look at a Shot/onStone, you aren’t just seeing a photograph, you are viewing an image which has become fused with the natural patterns and markings of the stone. Since there is no frame around the stone, or glass covering it, the viewer is instinctively drawn to establish a direct, tangible connection with the photograph by feeling the natural stone surface beneath. 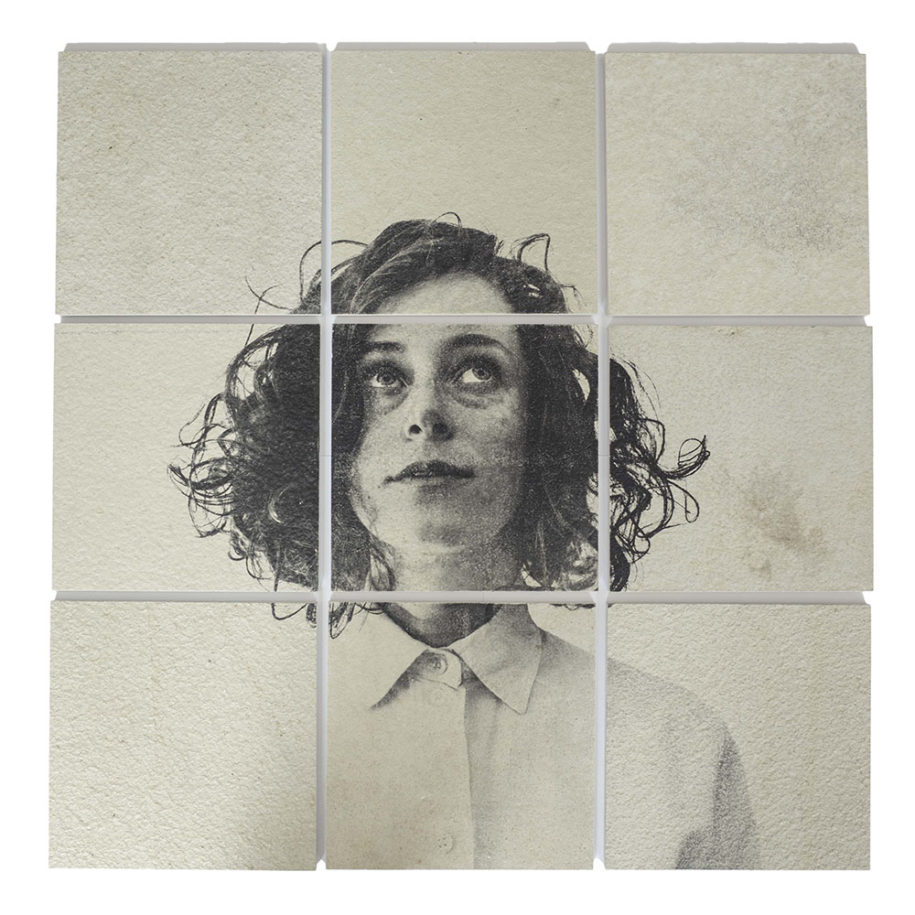 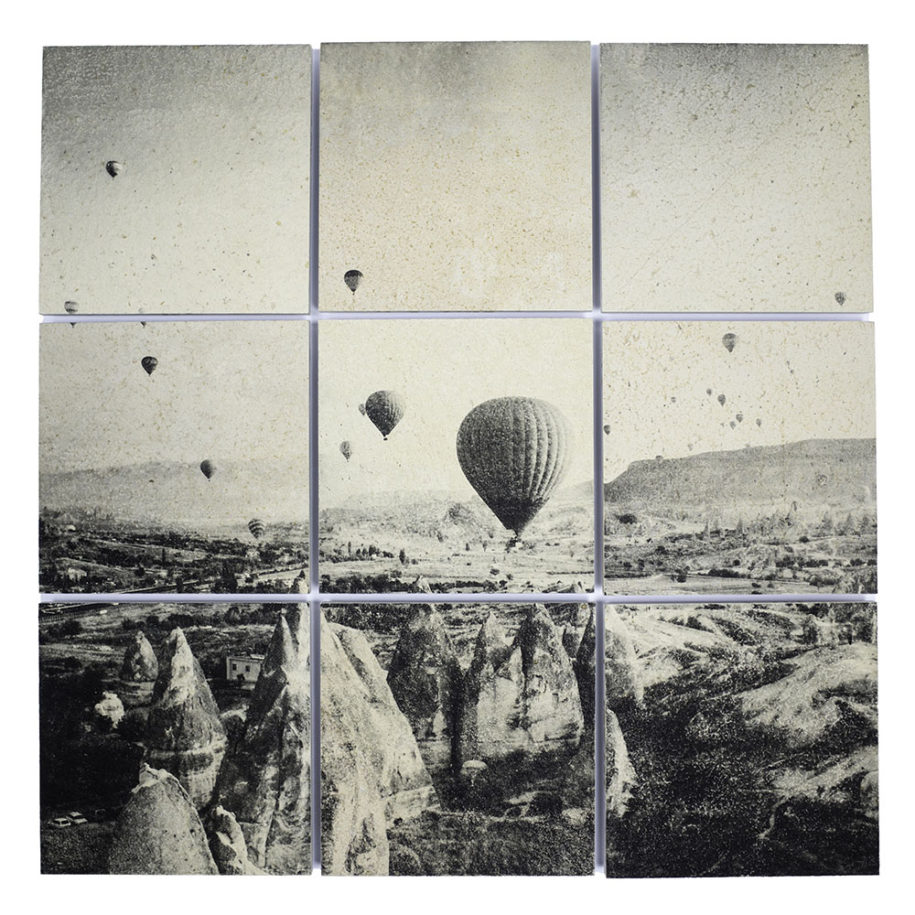 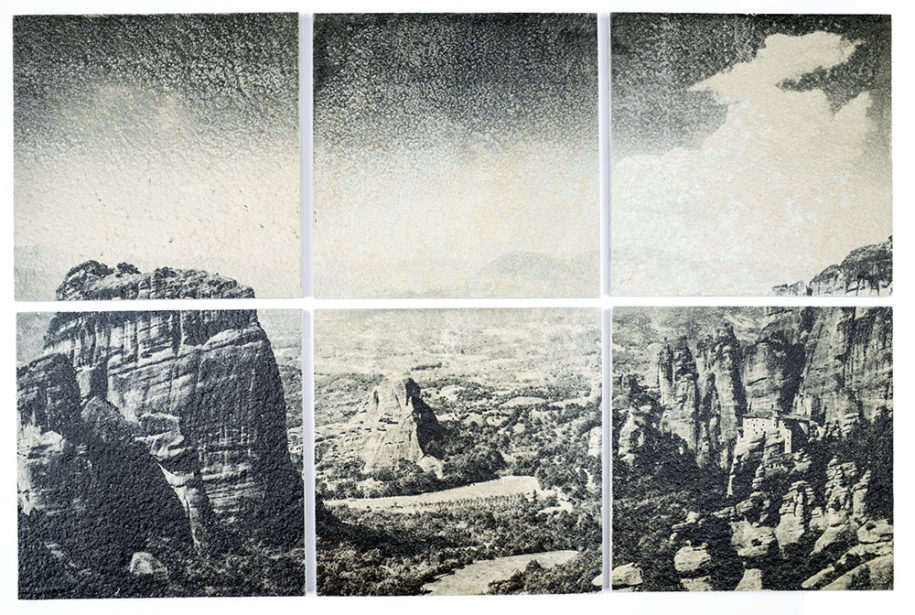 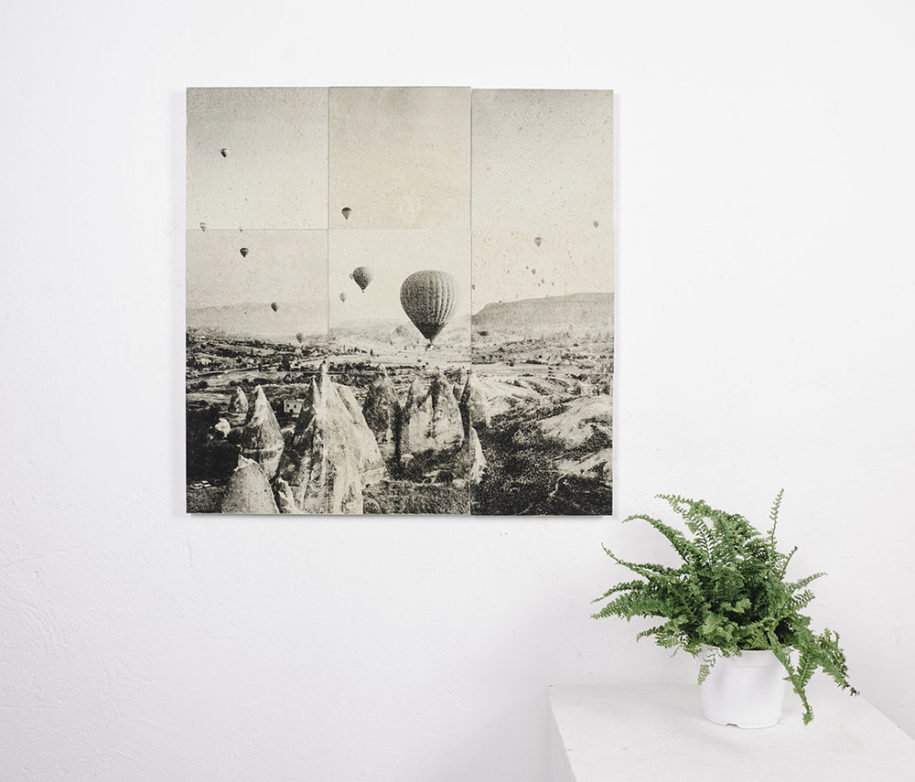 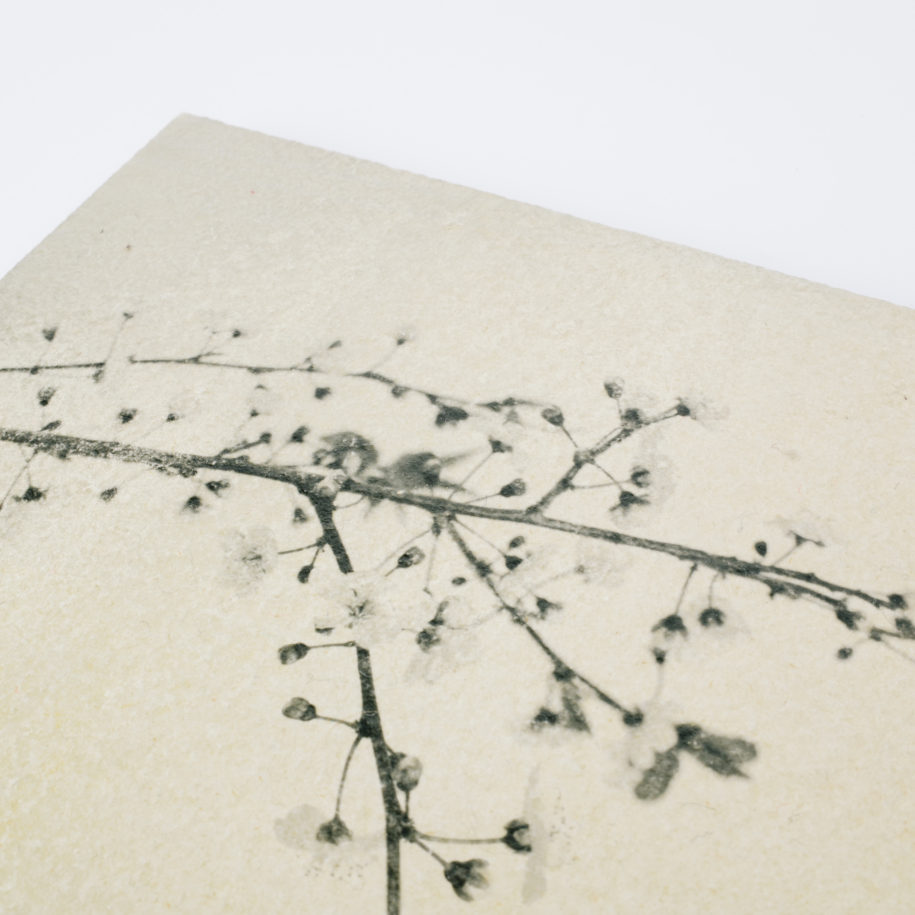 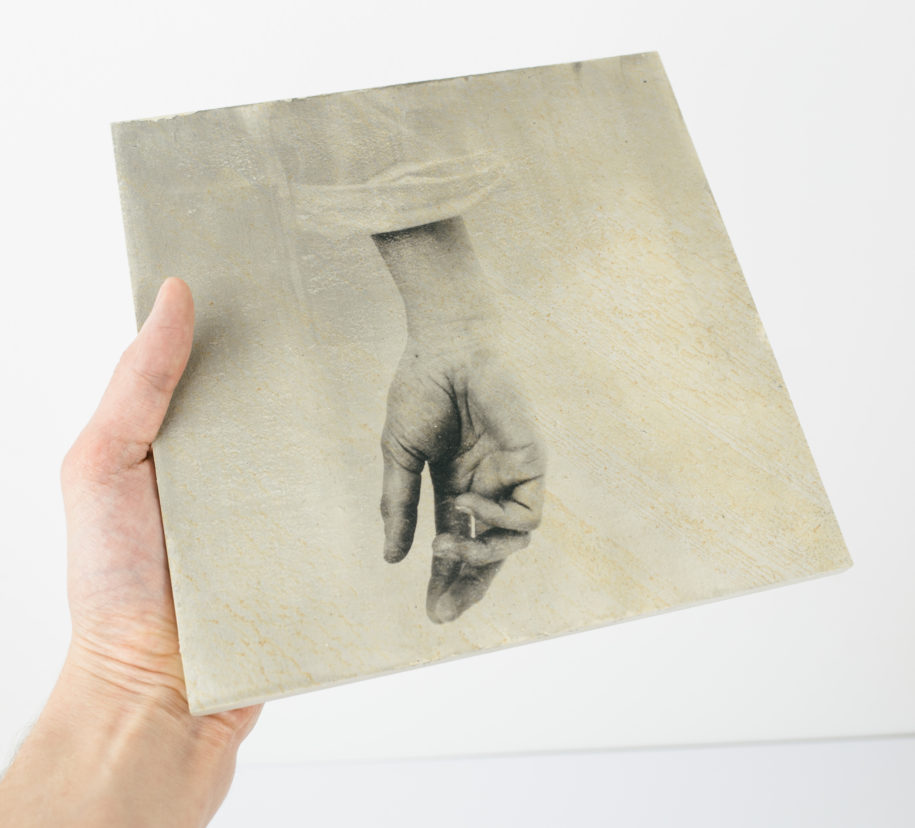 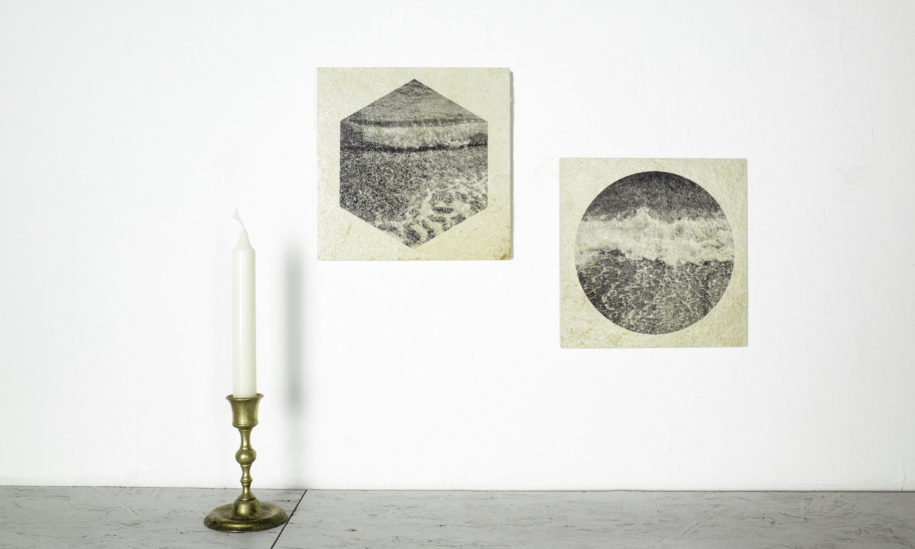