Unseen Side Of Las Vegas In Stunning Aerial Photos Shot From 10,800 Feet

Urban photography can be nice on the street level, but what about catching the bigger picture? Vincent Laforet does just that with his helicopter-borne photography project “AIR.”

His latest catch? Las Vegas! Vincent took to the skies on a dark Vegas night and took pictures of both the (in)famous Strip, and the surrounding areas. The city is fascinating – a bright, neat grid of lights in a pitch-black desert.

“Clearly these images wouldn’t have been possible two years ago. This is due to the fact that cameras were not sensitive enough to low light as they are today, and the fact that LED lights were not as prevalent in cities as they are today. In many ways this is the perfect photographic storm. There is a genuine sense of discovery when you make these images. You know they likely have never been shot before“ he writes on the project website. “I’ll never be an astronaut – but this is the closest to space that I’ll likely ever get.“

The images seem like they belong in the Matrix, Tron or, as Laforet himself puts it, Blade Runner. It reminds me of the neon model of NY used as computer grid view in “Escape from New York“

Speaking of New York, Laforet has done similar work in the Big Apple. 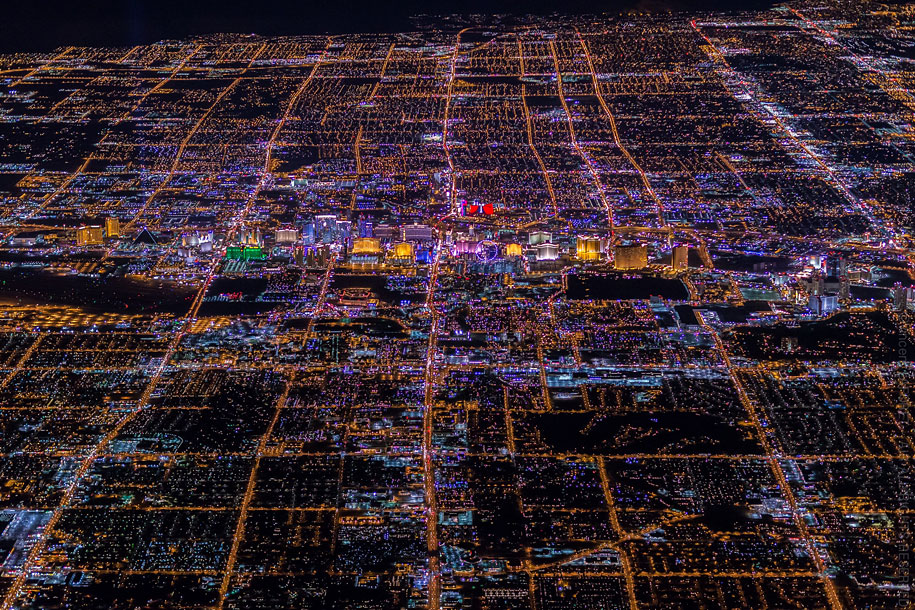 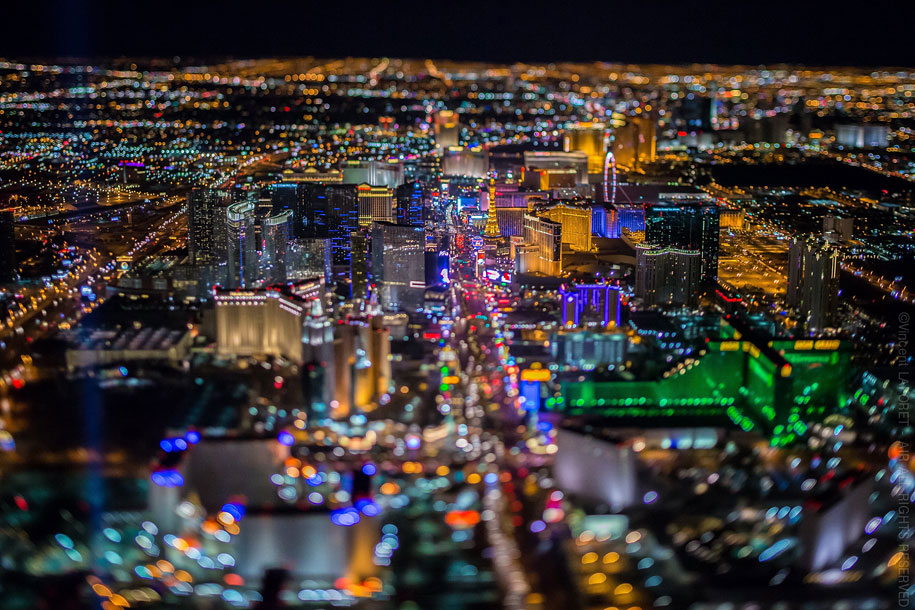 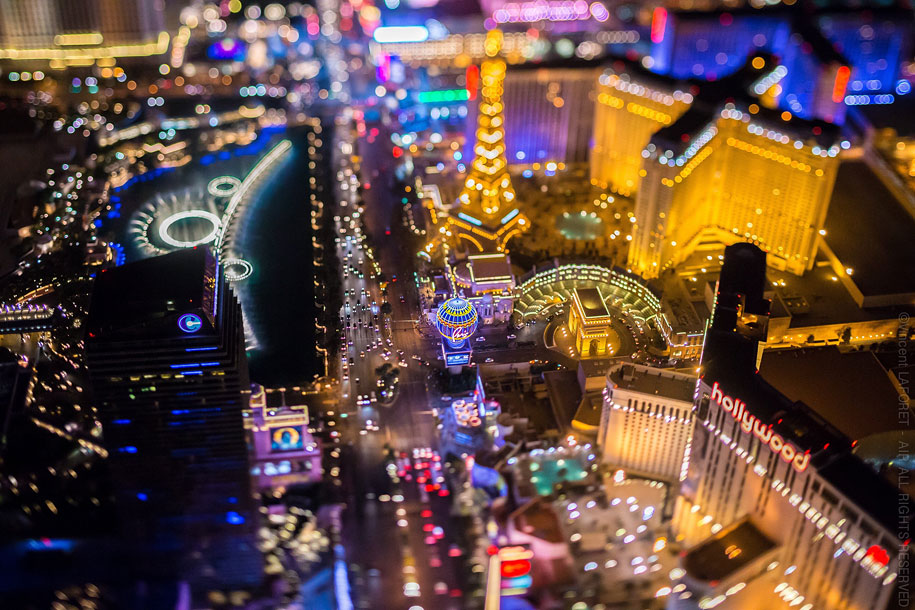 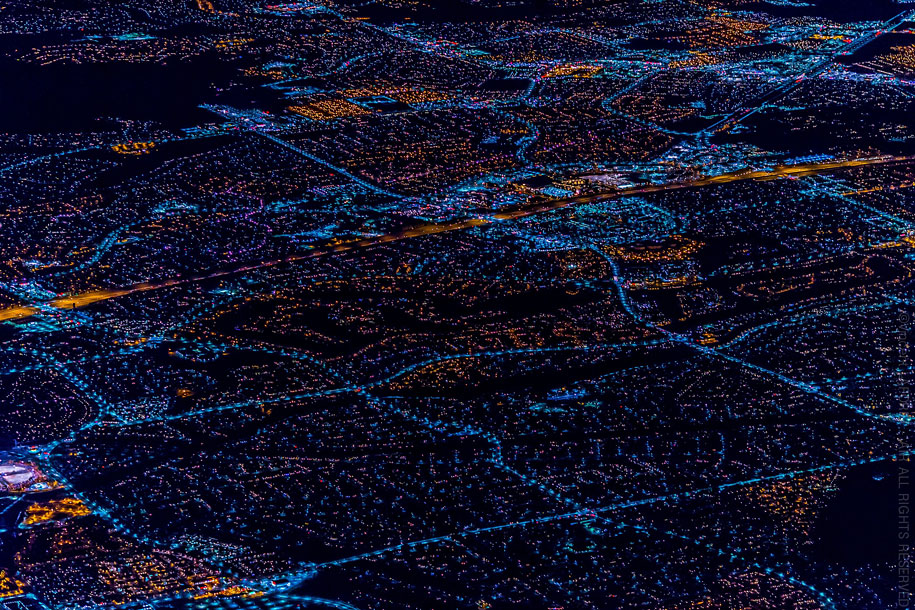 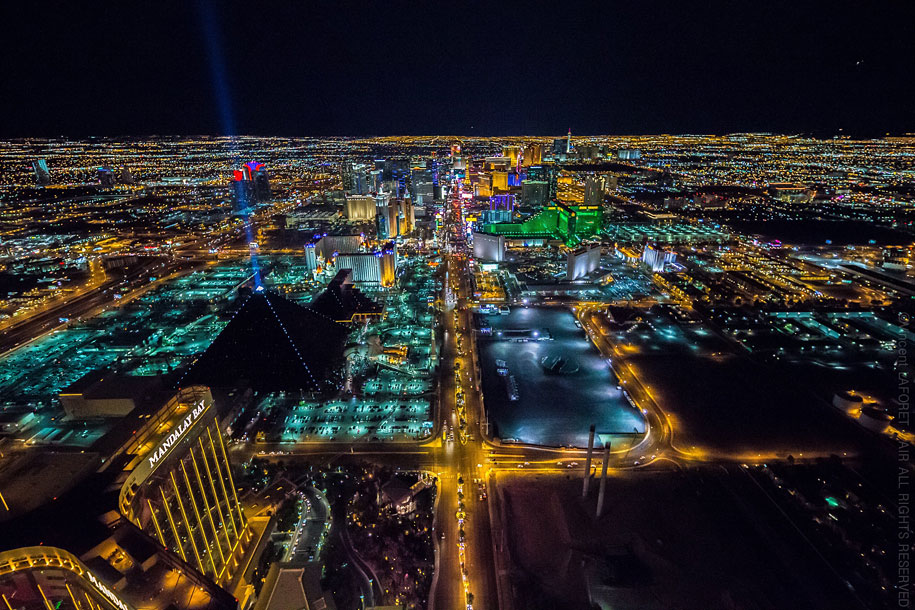 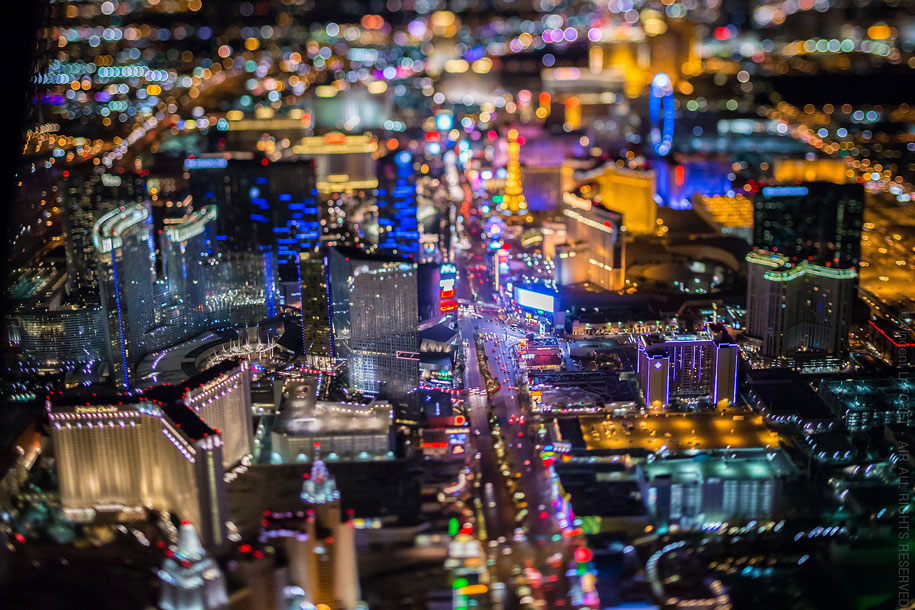 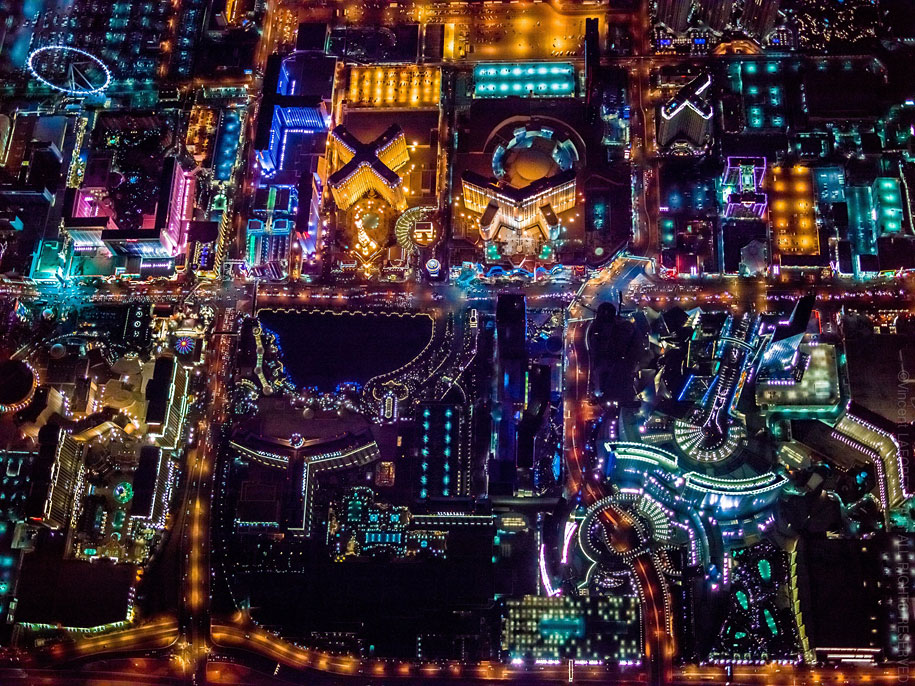 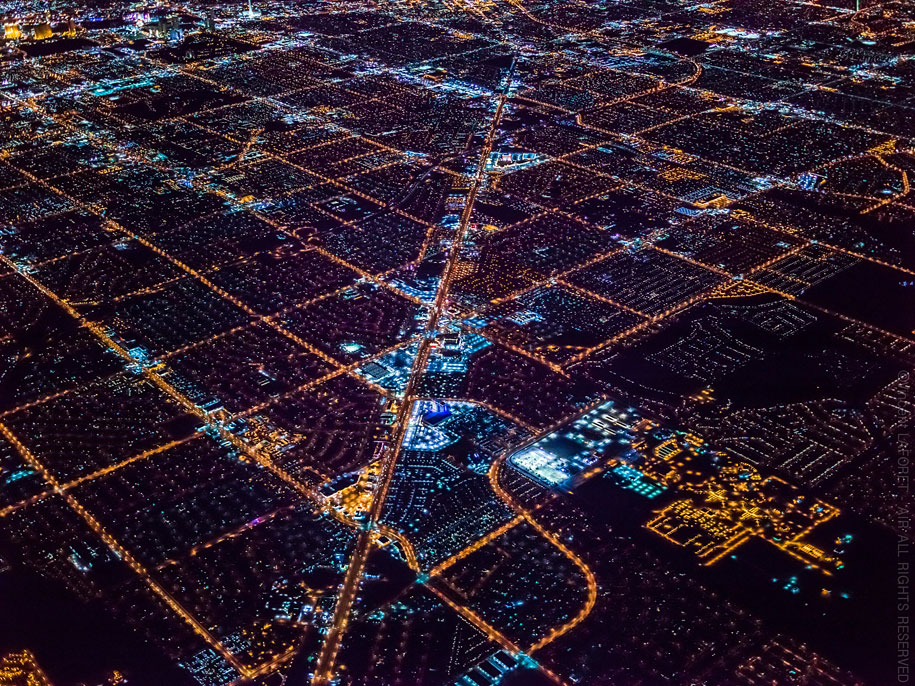 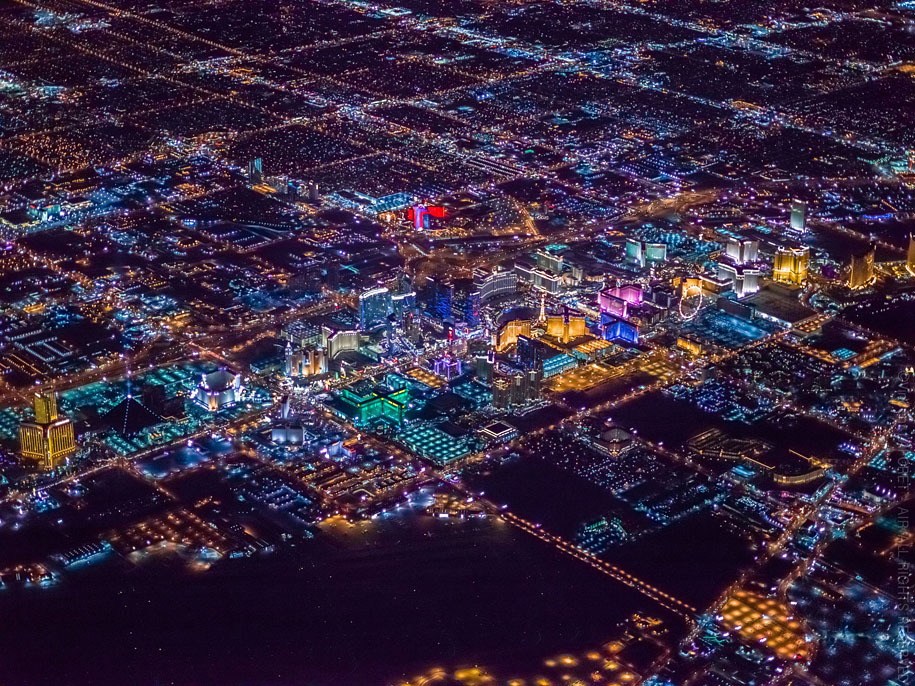 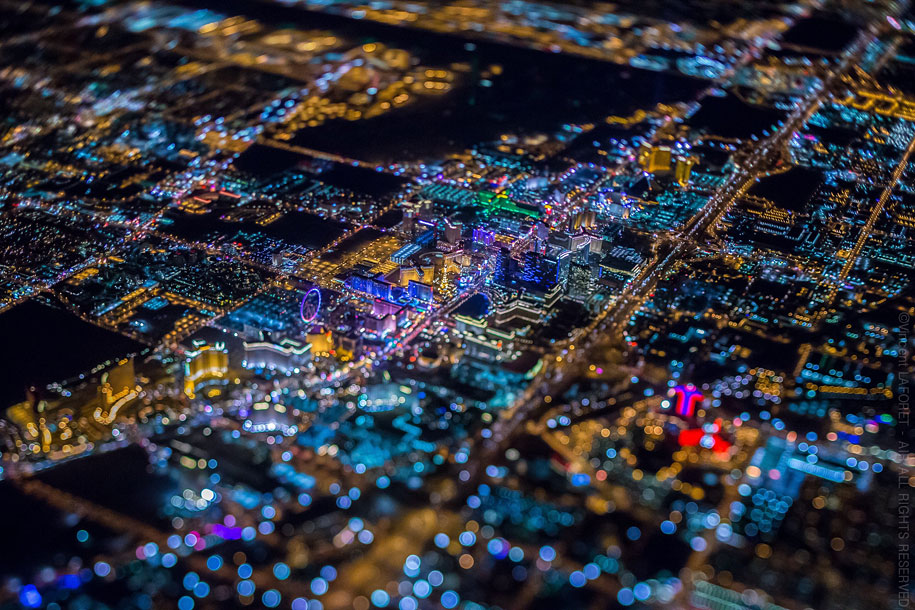 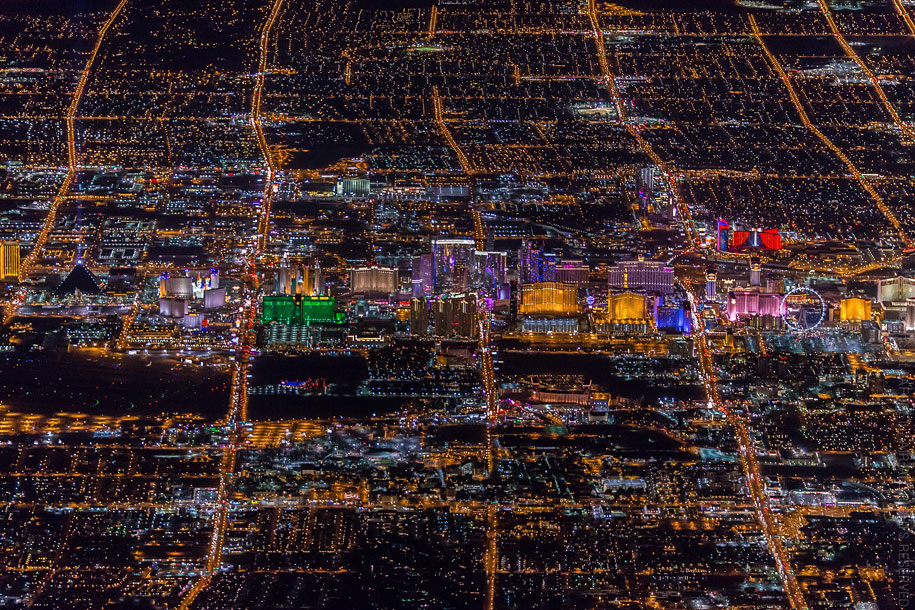