The Man Behind the Mattress Costume

The documentary Mattress Men was shot over three years in Dublin and tells the story of how a furniture salesman in his 60s saved his business from disaster during a difficult recession by reinventing himself as a viral Youtube personality called Mattress Mick. In this clip Mick’s mascot Mattress Man talks about his philosophy of life: https://www.youtube.com/watch?v=WvZs9MkXhic

The feature length documentary follows Michael Flynn as he attempts to to save his struggling business during the worst recession Ireland has ever experienced by teaming up with aspiring film maker Paul Kelly to reinvent himself as the eccentric online persona ‘Mattress Mick’. Through Paul’s zany videos and creative use of social media Mattress Mick quickly becomes an unlikely local celebrity. However as the business and Mick’s profile begin to grow, their friendship comes under increasing pressure.

The Mattress Men documentary began when a group of young film makers noticed some provocative signs in the windows of a small mattress shop a few doors down from their office. Intrigued they decided they should meet their neighbours little knowing this would lead to three years of filming that would witness dancing mattresses, outrageous rap videos and CGI dinosaurs, all in the back of a mattress shop. 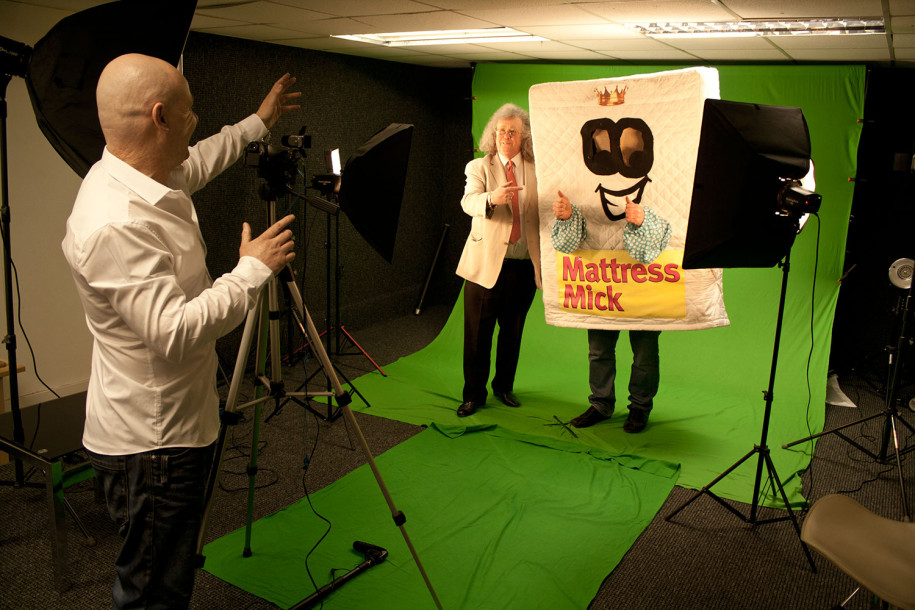 Paul Kelly directs Mattress Mick and Mattress Man in their studio at the back of the mattress shop in Dublin.