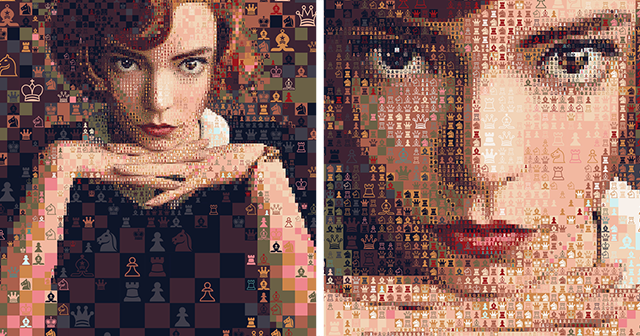 The Queen’s Gambit, a Netflix miniseries that aired back in October of last year, has taken the world by storm, becoming the platform’s most-watched scripted miniseries in just four weeks. Naturally, the success of this series inspired many artists to create amazing fan art – and these stunning mosaics by Greek artist Charis Tsevis are the perfect example.

In a recent interview with DeMilked, Charis said that mosaics have been a passion of his for more than 25 years. “I was really obsessed with high complexity in digital imaging and I also loved the arts of the so called computer underground,” explained the artist. “I was fascinated by ASCII ART, ANSI Art and any kind of machine art. So falling in love with mosaics came naturally.” 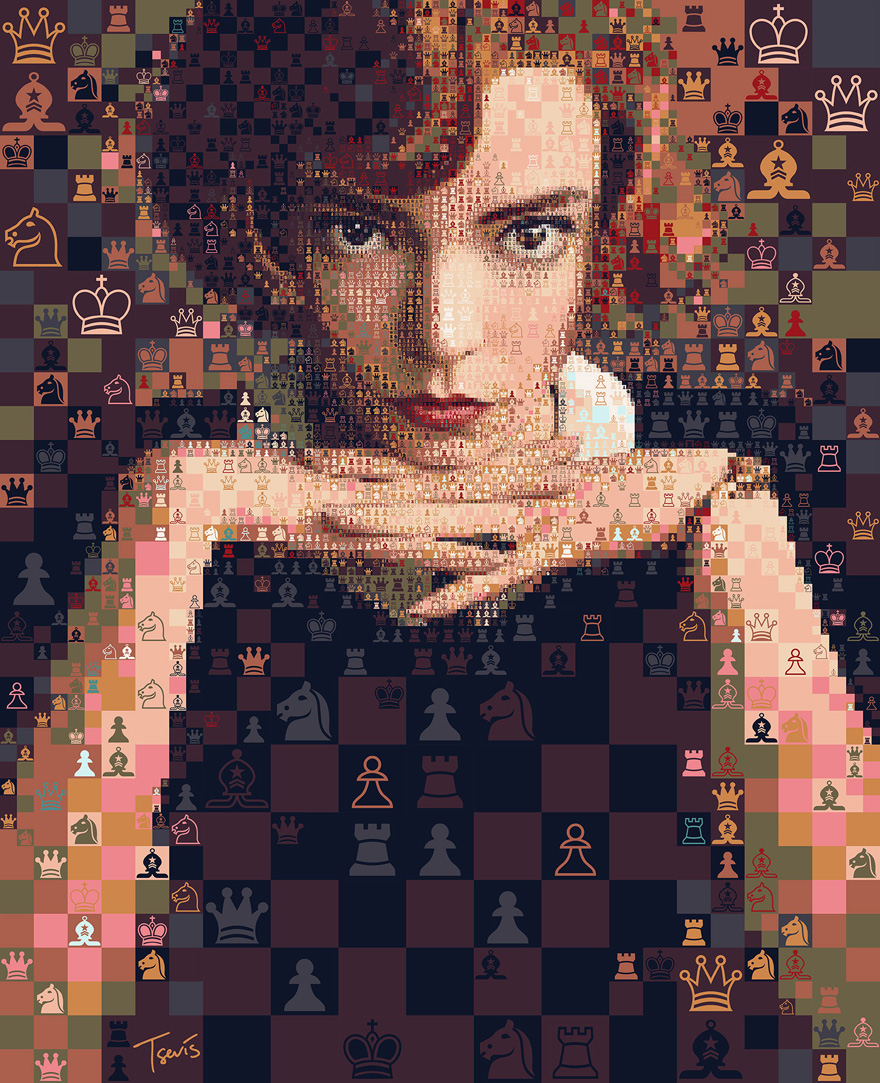 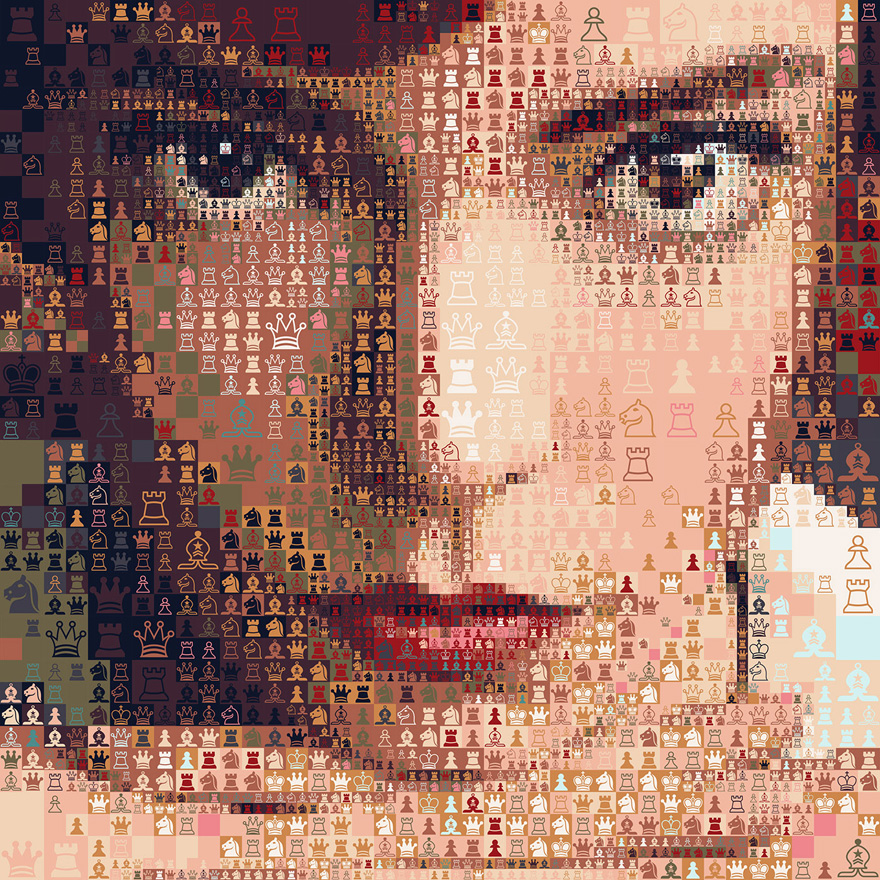 Charis says he developed his unique style through experimentation. He found it really boring that until the late 90s, nobody has tried to use more than one size of tesserae (the small parts of a mosaic). “Using various sizes I could describe better an image but I could also add depth and perspective in my mosaics,” explained the artist. “My efforts found a very encouraging audience and I kept experimenting for years. At a certain point my work met the mainstream and found its way to big media and clients.”

Throughout the years, Charis has worked with many major brands, such as Ebay, Apple, and Procter & Gamble.

Each of the mosaics is created using thousands of chess symbols 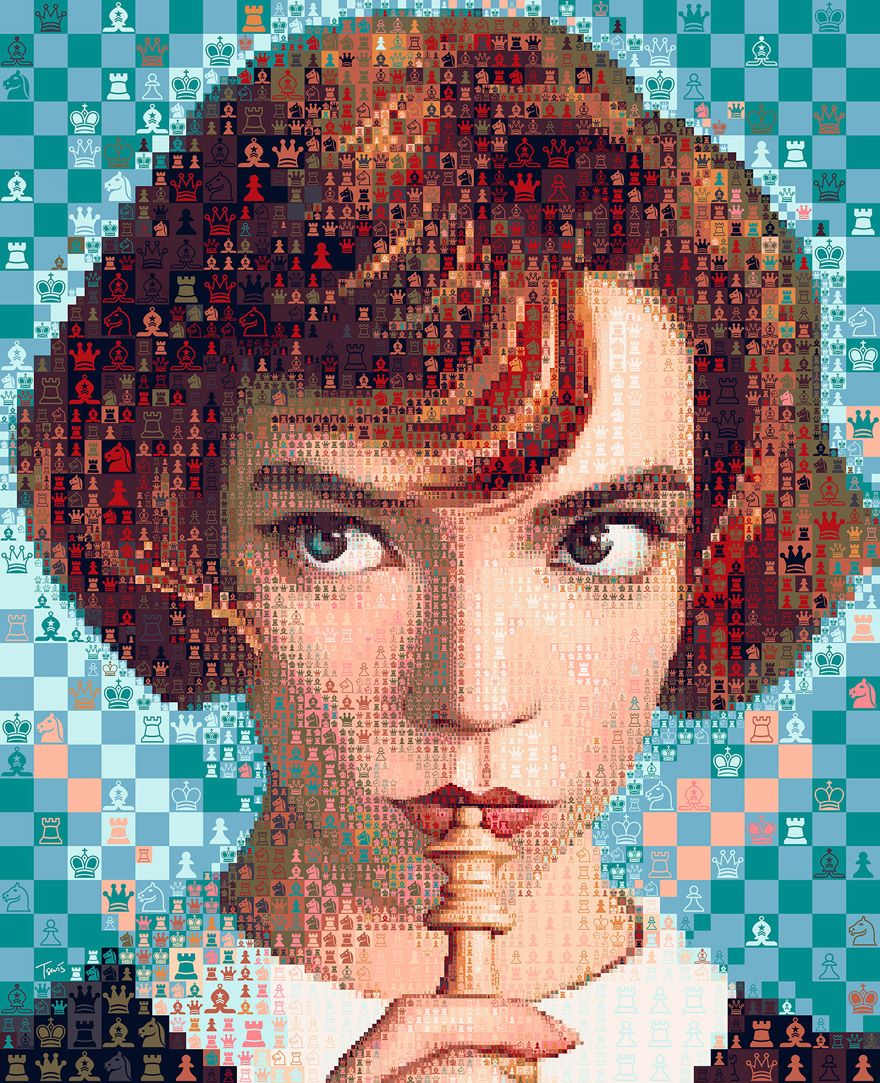 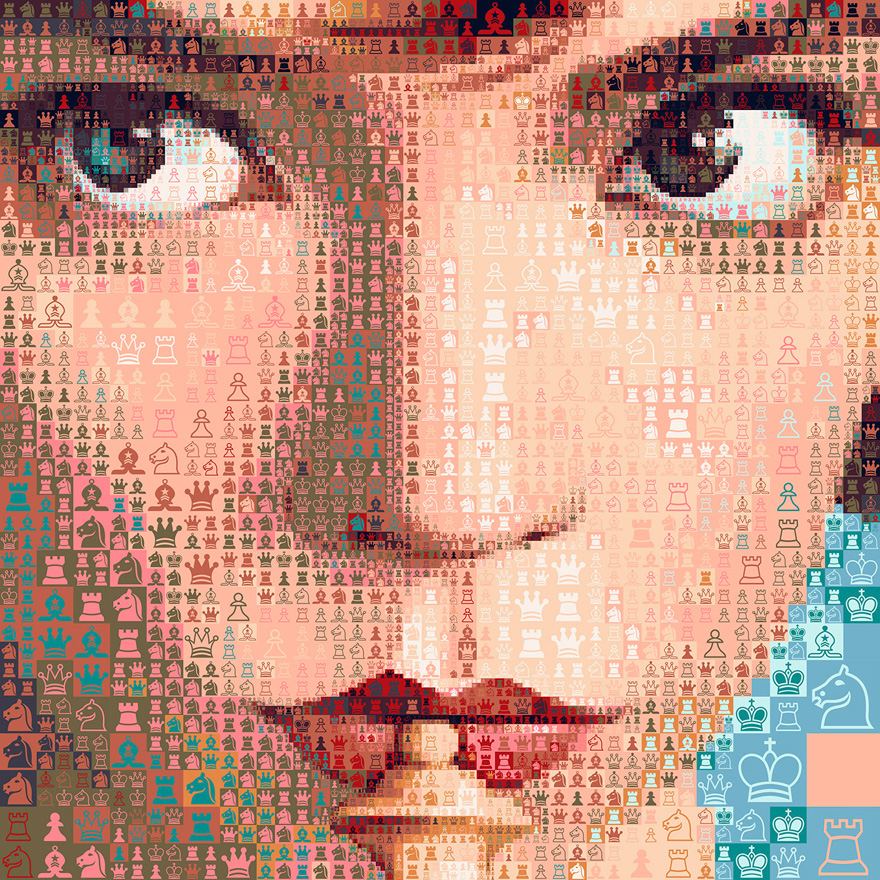 When asked why she chose to portray Anya Taylor-Joy in his mosaics, the artist said that he finds her to be a very interesting heroine.”Not only an interesting character with strong experiences involving loss, grief, anger but also a person who found herself by playing chess,” explained Charis. “Chess is a game I am not really playing but as someone who grew up in the same era as her I have deep respect in the game and the good players.” 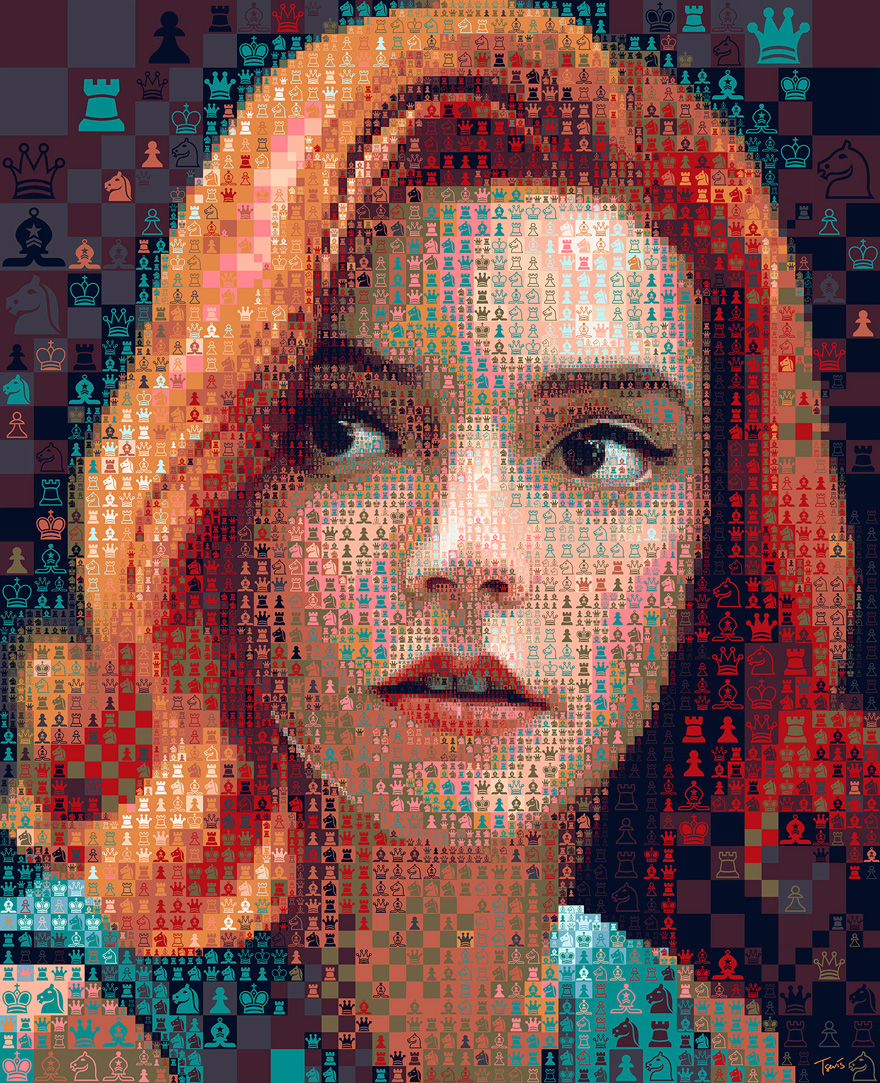 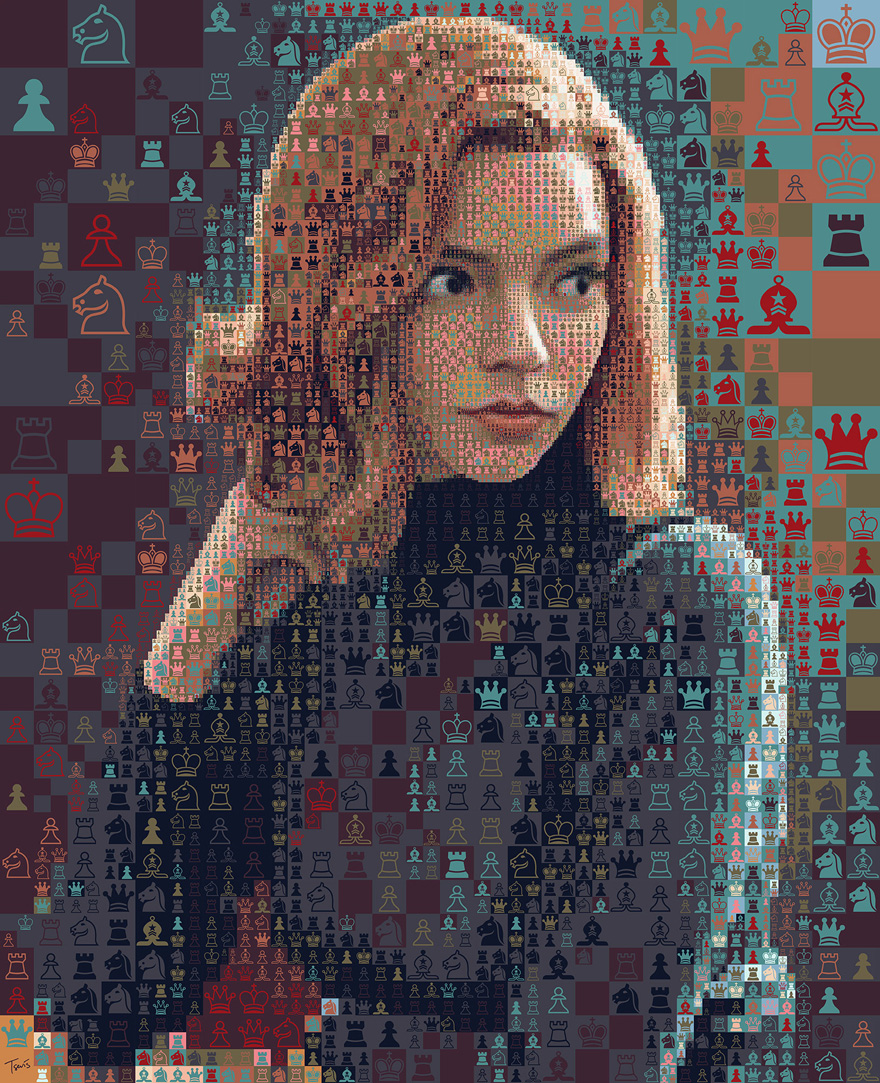 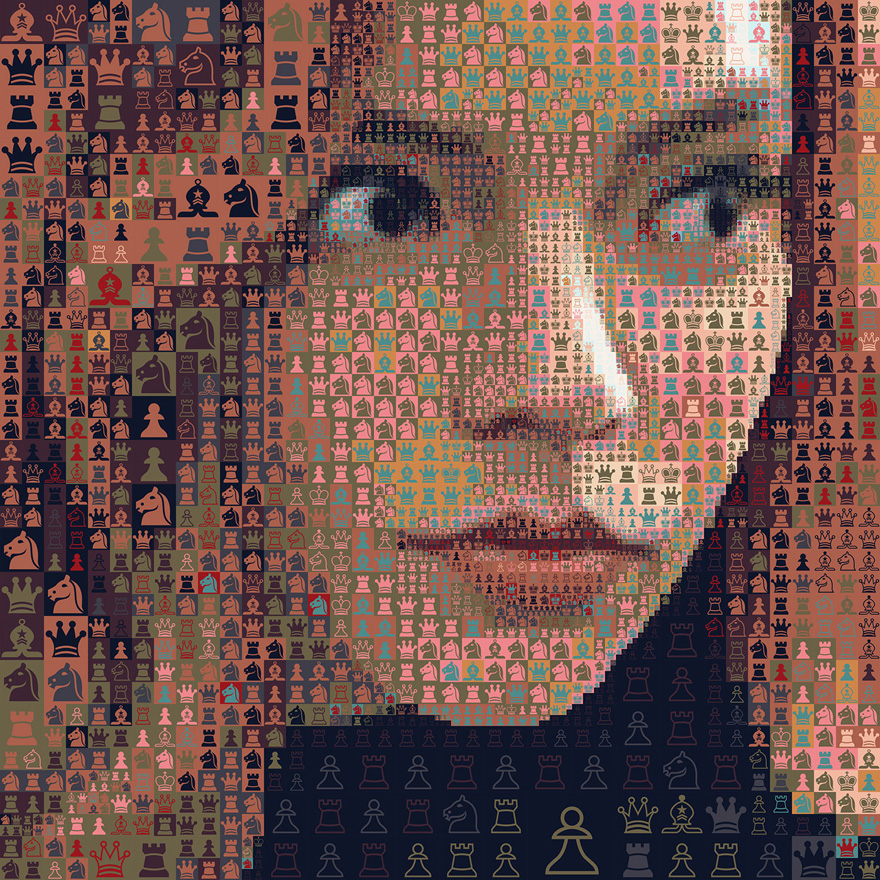 Charis says that each of his mosaics can take between 2-3 days to 2-3 weeks to complete – and sometimes even up to 2 months for something more challenging, like his murals for the House of the US Olympic team in Rio 2016. “I could be quick enough these days but I always want to invest a lot of days to create something really nice,” says the artist. 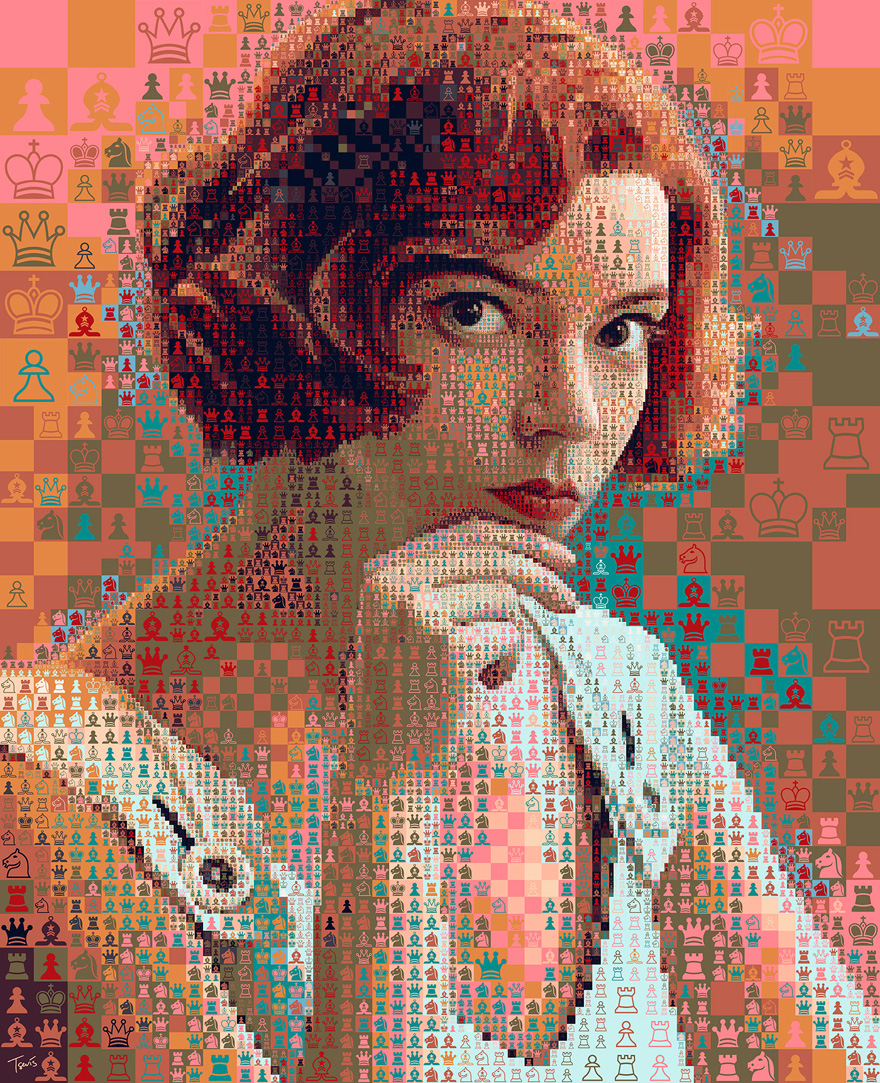 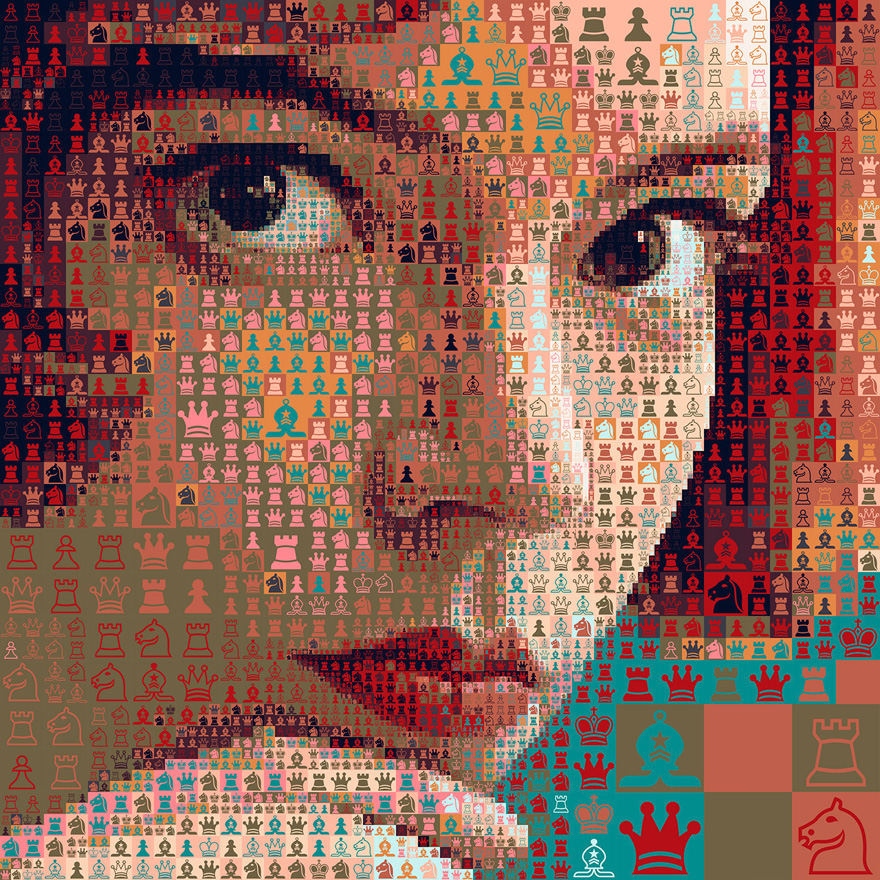 “Mosaics are an ancient art. It’s a very clever idea. You are creating something from something else. Every element in nature, every living or non living creature is a mosaic,” explained Charis. “But even non physical ideas can be described as mosaics. I love that concept. It’s a constant zoom in and zoom out in nature and philosophy.” 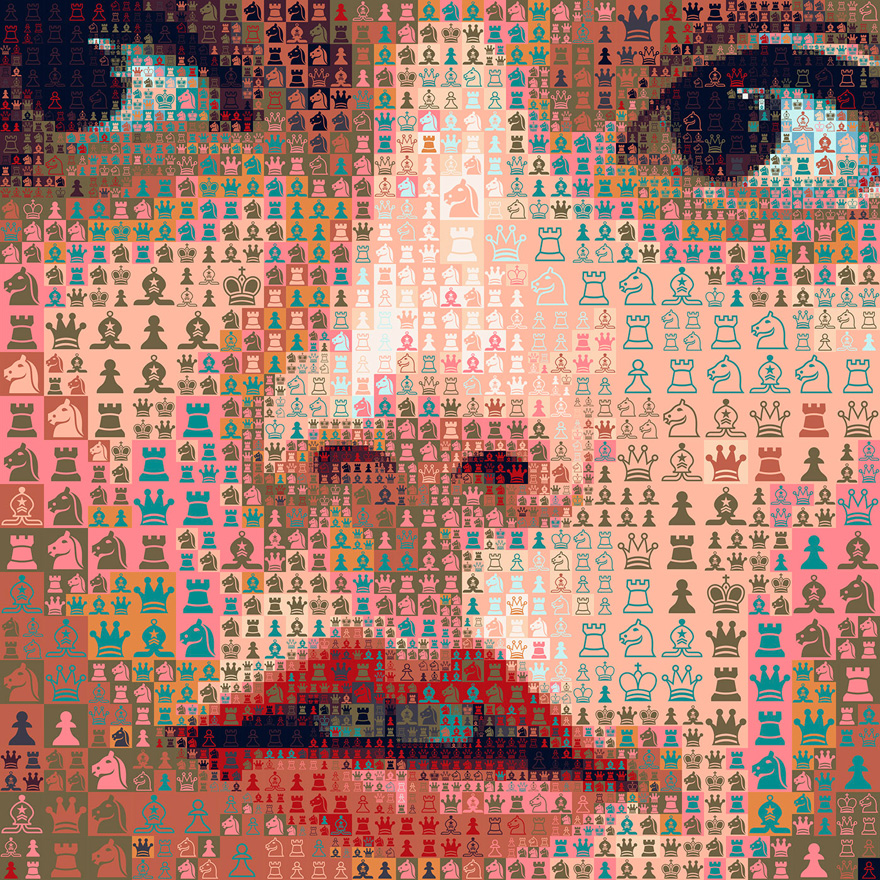 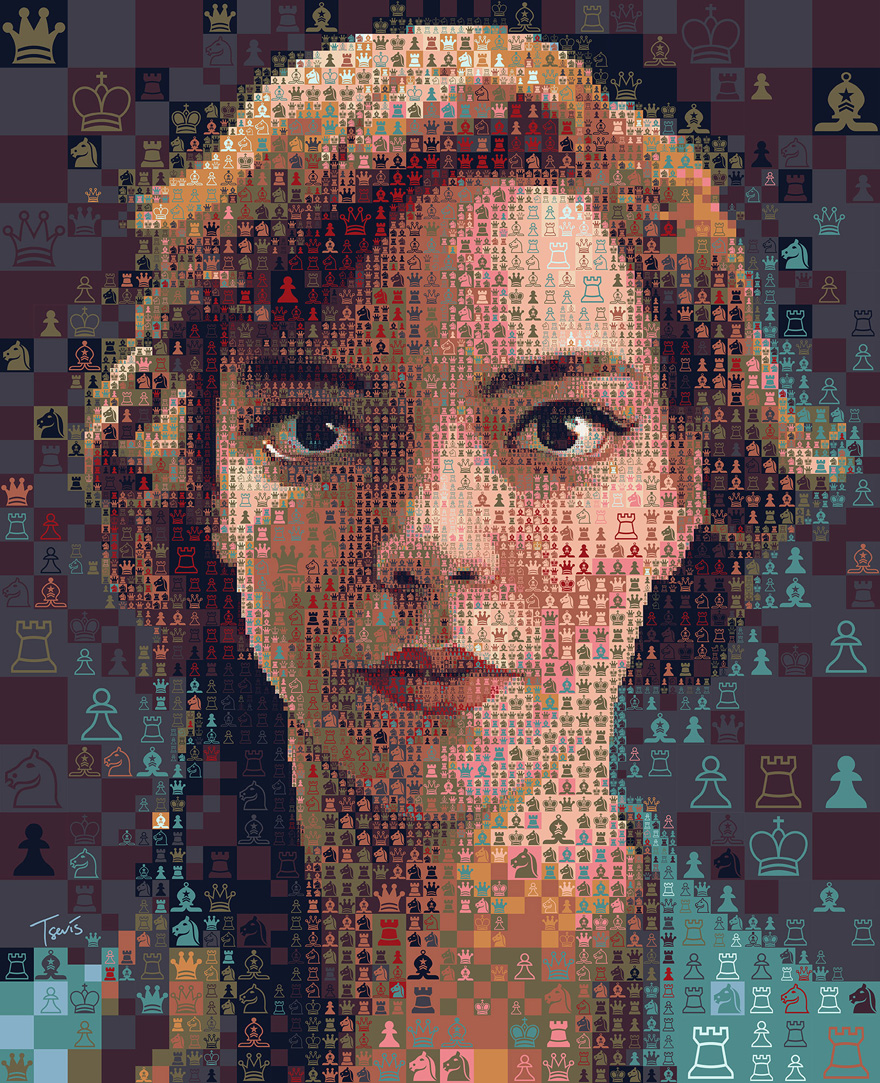 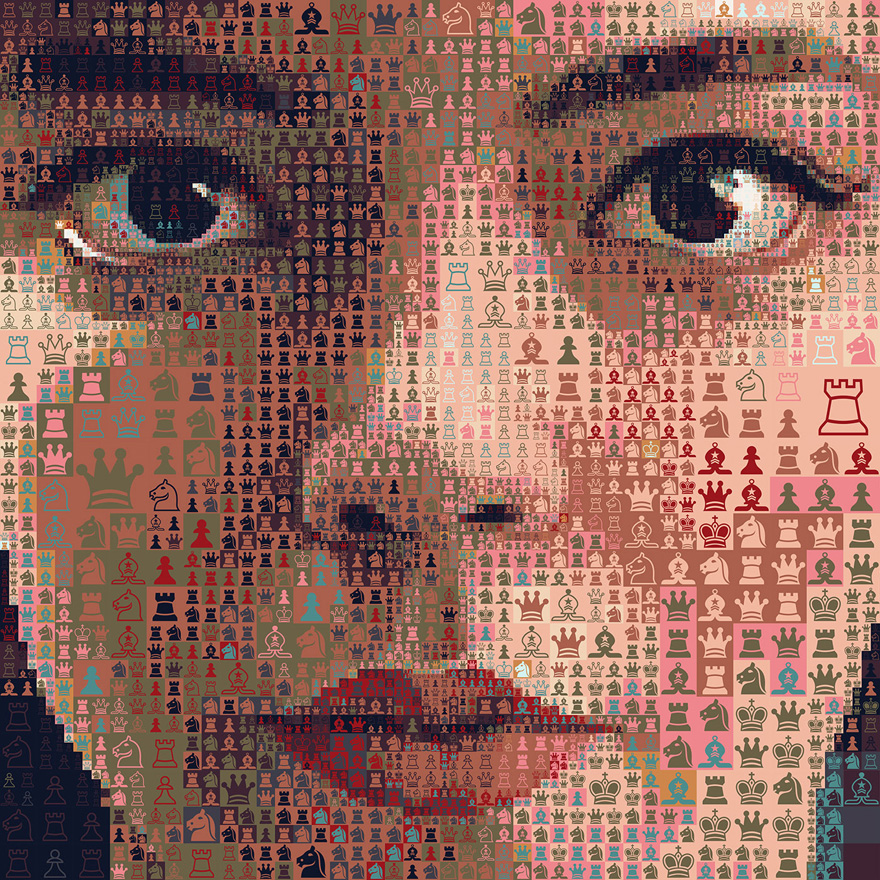 Check out a video of Charis’ mosaics below!

The Queen’s Gambit mosaic portraits from Charis Tsevis on Vimeo.