This organic installation is called “Transarquitetônica” and looks like a huge root system reclaiming the space our civilization took from it ages ago.The pieces of wood it is composed of also seem to take back their original organic form. But the effect is even deeper and more overwhelming when inside the tunnel – it could be the setting of the most magical and adventurous of fairy tales.

The art piece will be available to explore at the Museu de Arte Contemporânea  through the end of November 2014. 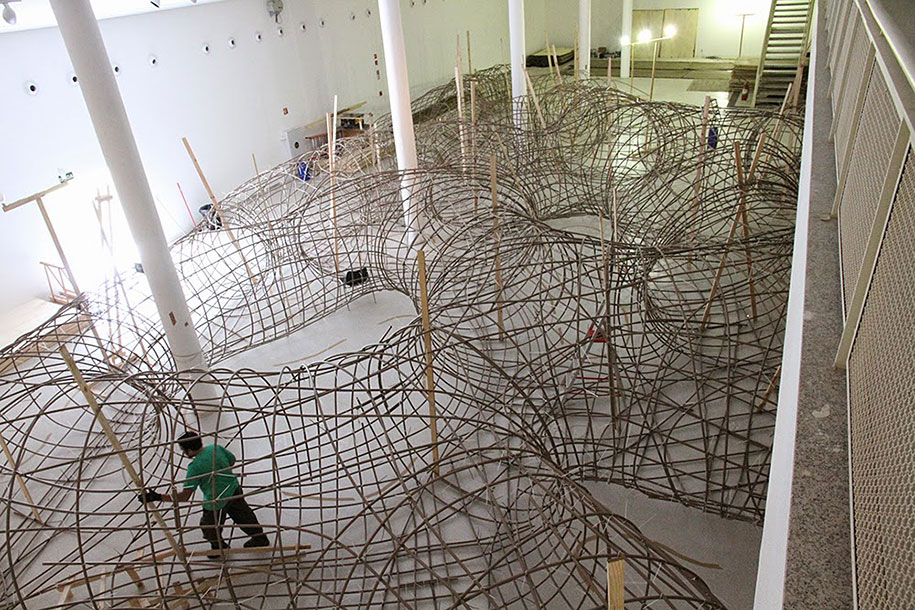 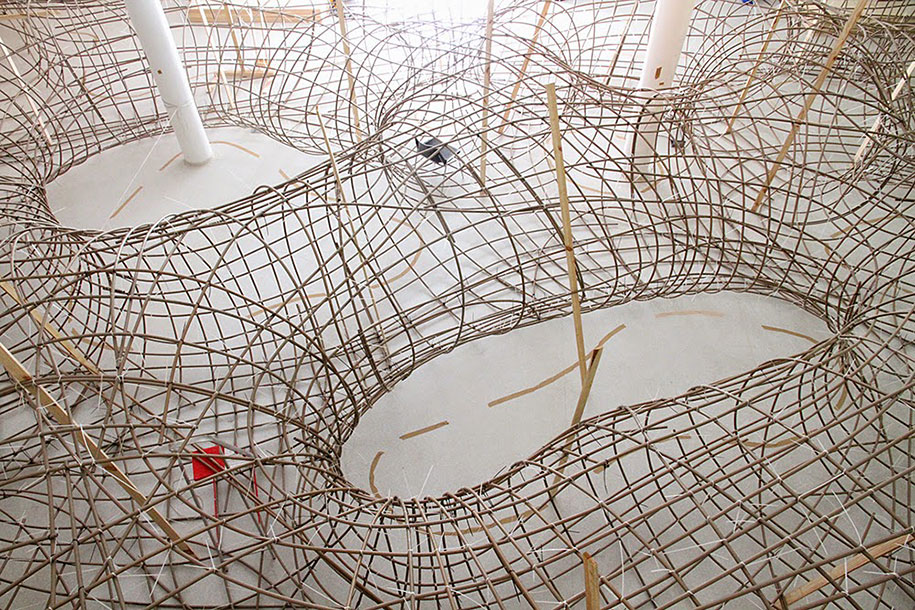 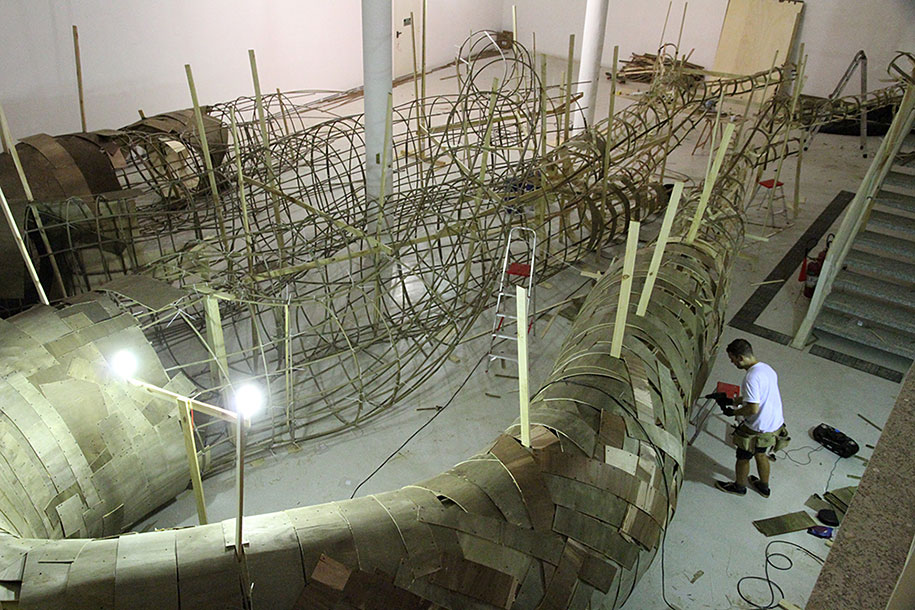 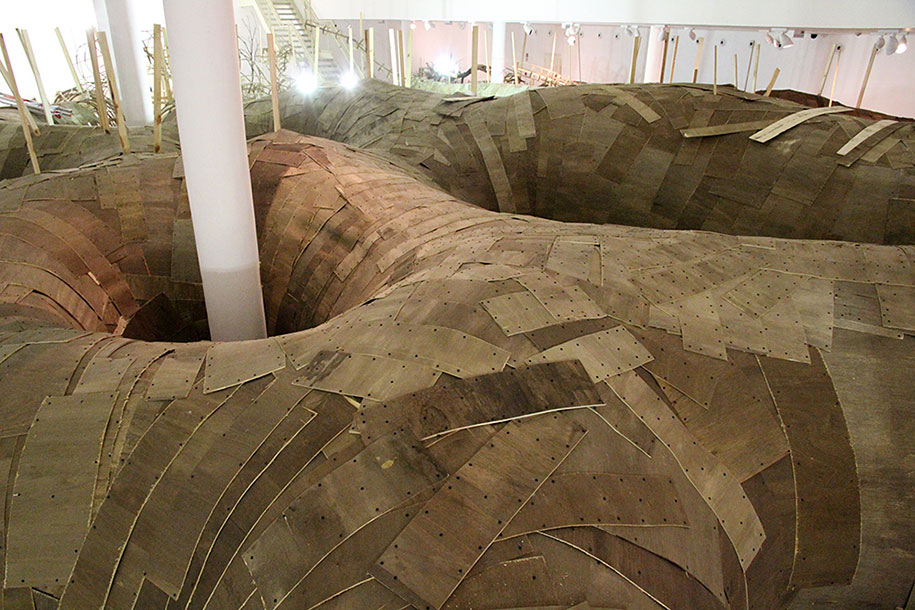 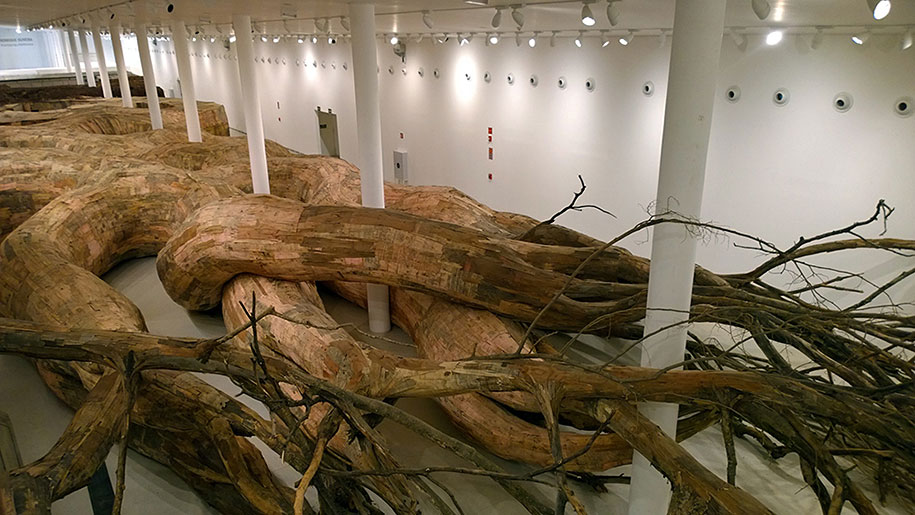 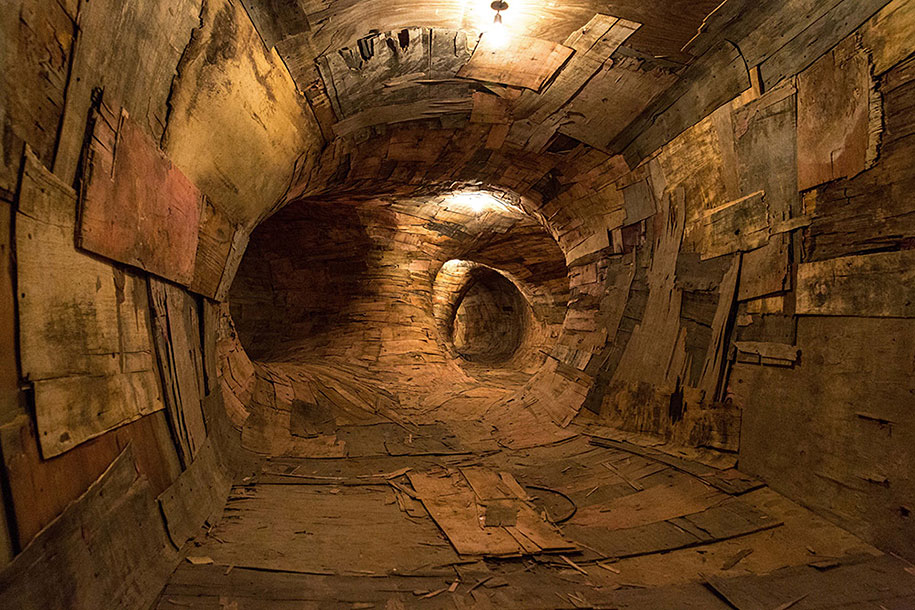 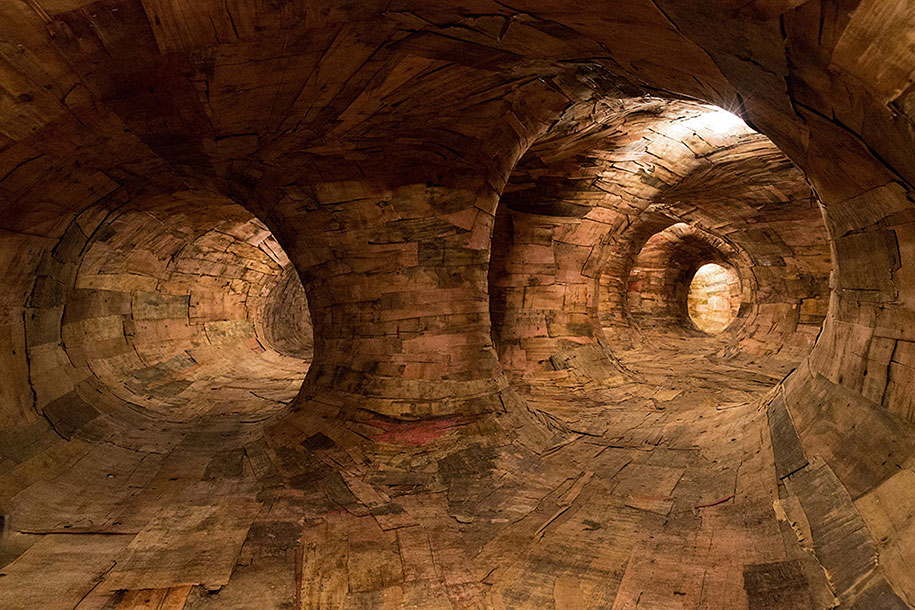 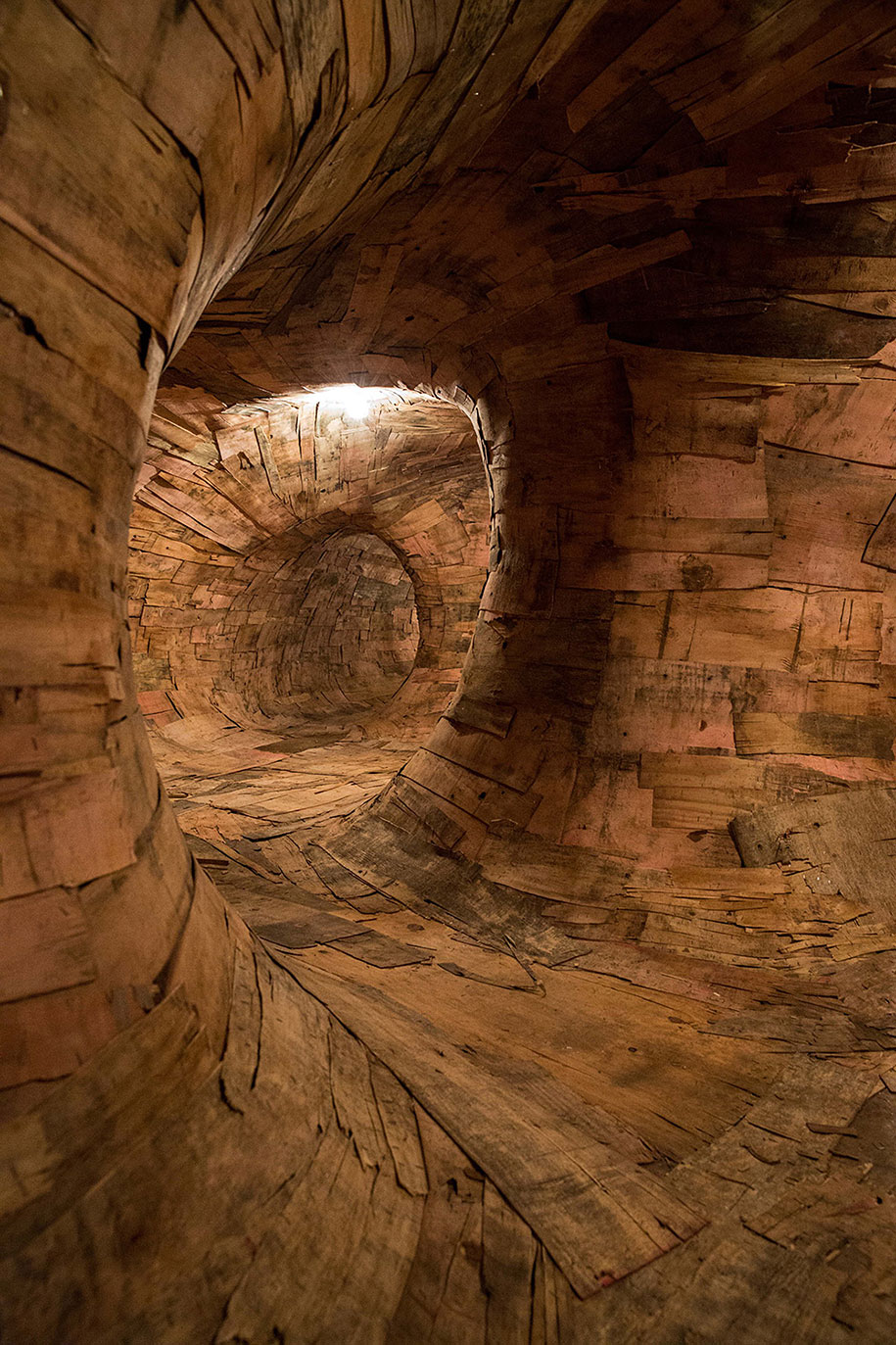 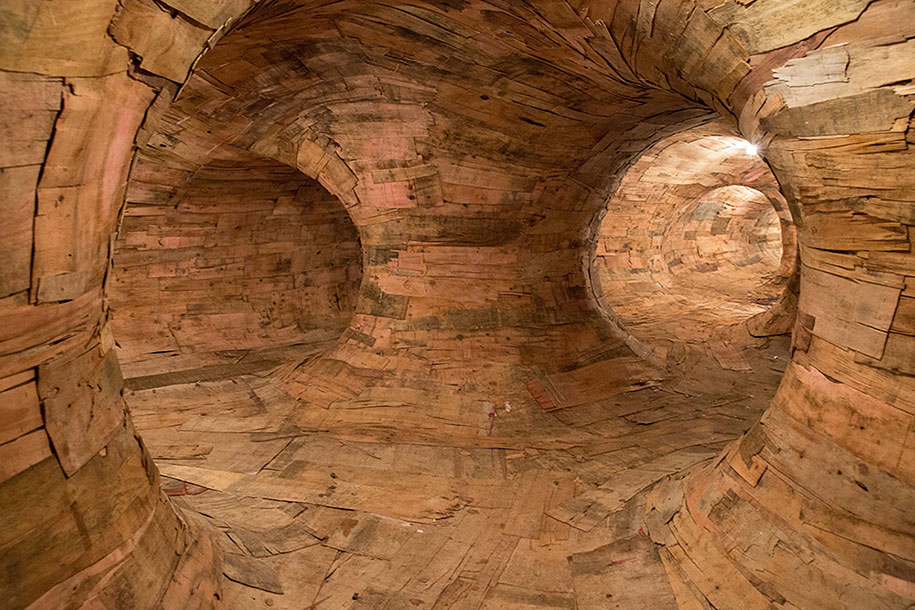