Japanese artist Aki Inomata combines architecture, cutting-edge 3D printing technology and hermit crabs together in one brilliant project, titled “Why Not Hand Over a “Shelter” to Hermit Crabs?” Inspired by the urban landscapes of the biggest cities in the world, Inomata used 3D printing to create elegant shells for the little hermit crabs, which change their shelters as soon as they grow out of their old ones. As they often borrow shells cast off by other species (like sea snails), Inomata decided to hand them beautiful new specially-made shelters instead.

The artist came up with this unique idea when she found out about a similar bit of behavior among humans; the location of the former French Embassy in Japan, which had been French land, became Japanese from October 2009 for the following fifty years, after which it will be returned to France. “The same piece of land is peacefully transferred from one country to the other,” writes Inomata. “These kinds of things take place without our being aware of it.“

Be sure to click on the videos below, which will show not only the process of hermit crab shell 3D printing, but also the surreal spectacle of the crabs receiving their gifts. 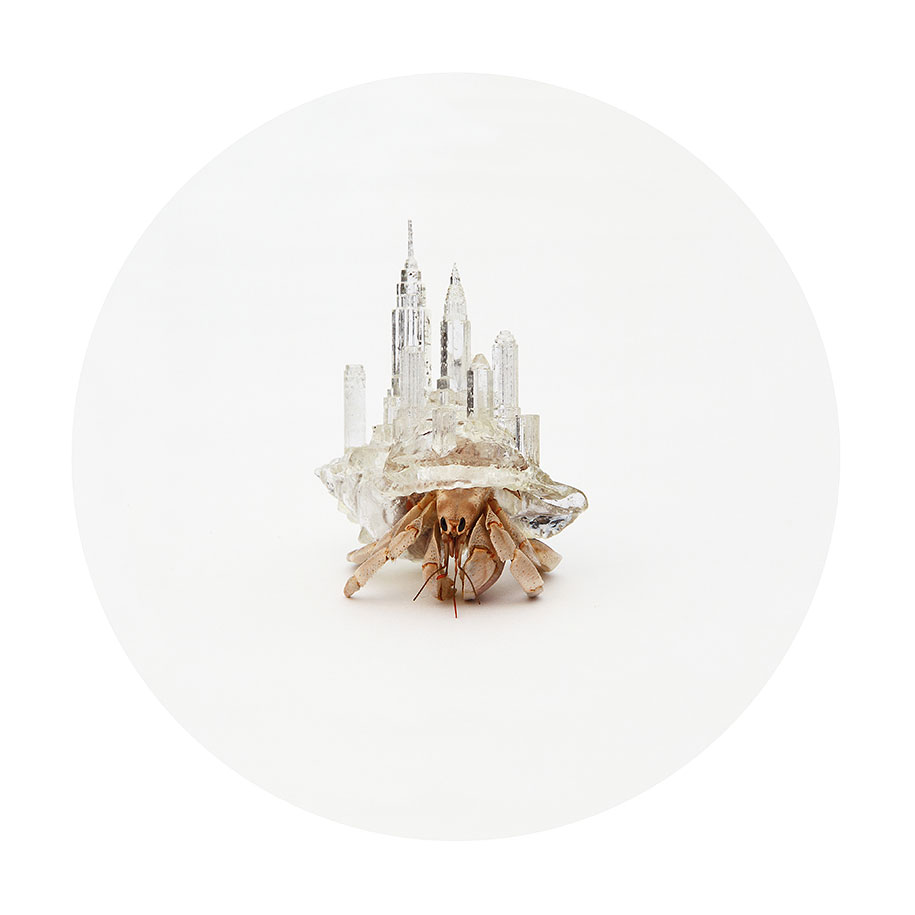 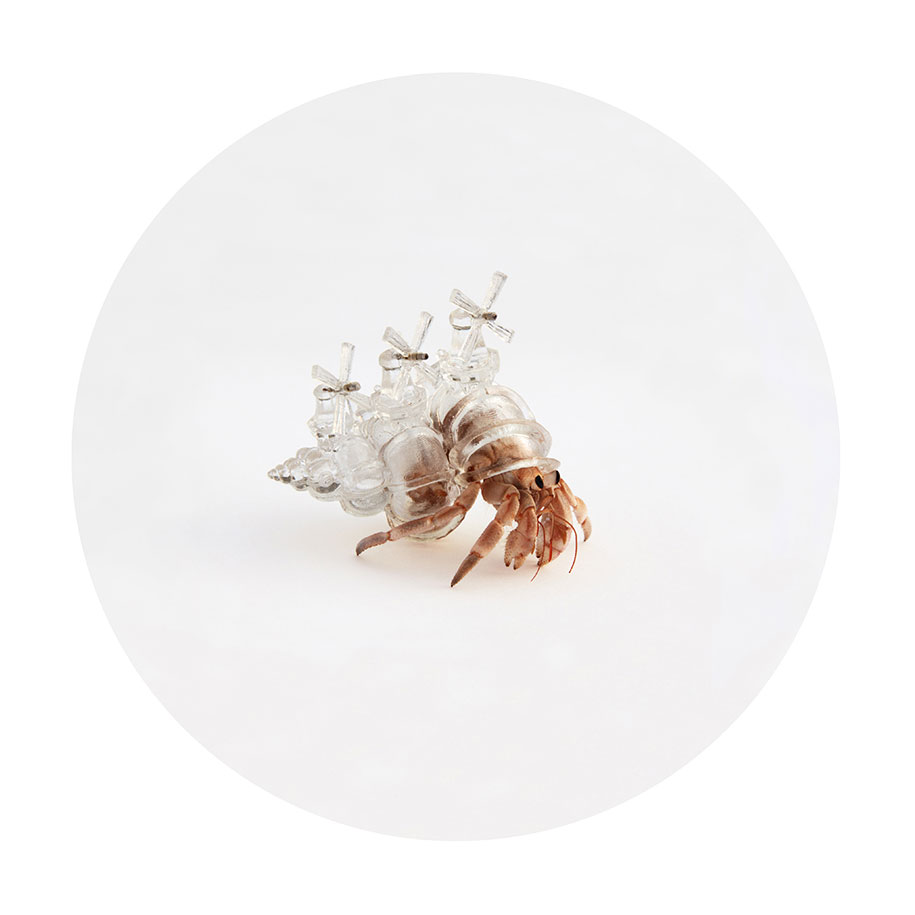 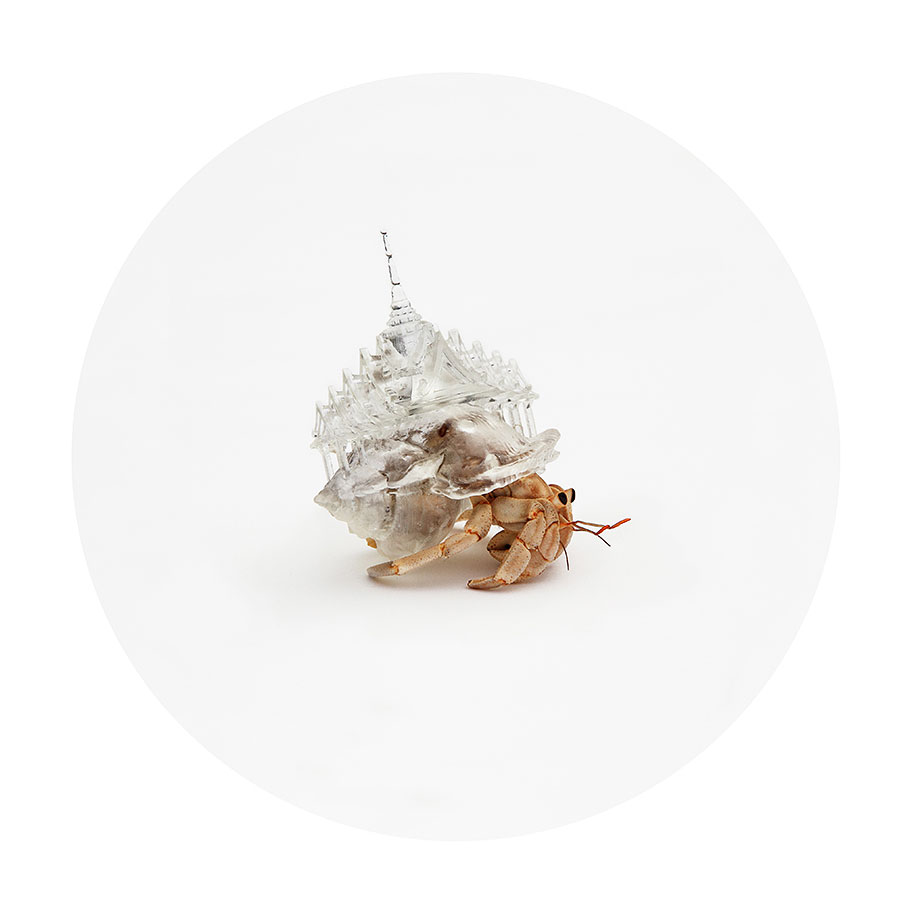 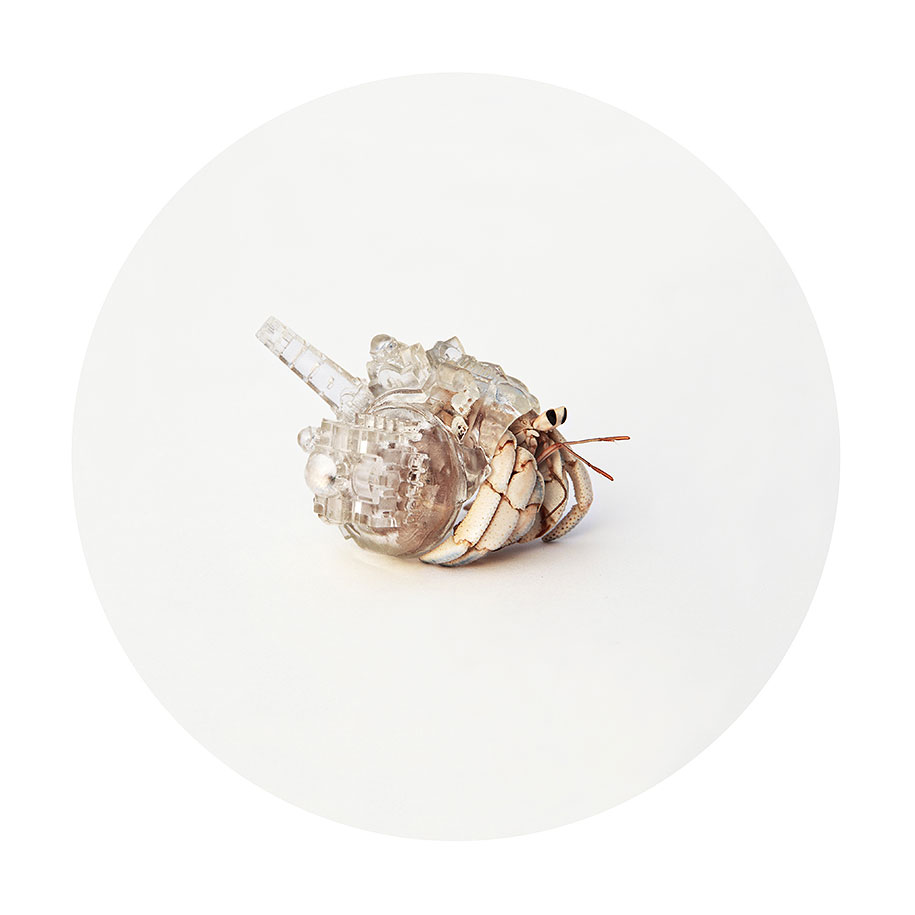 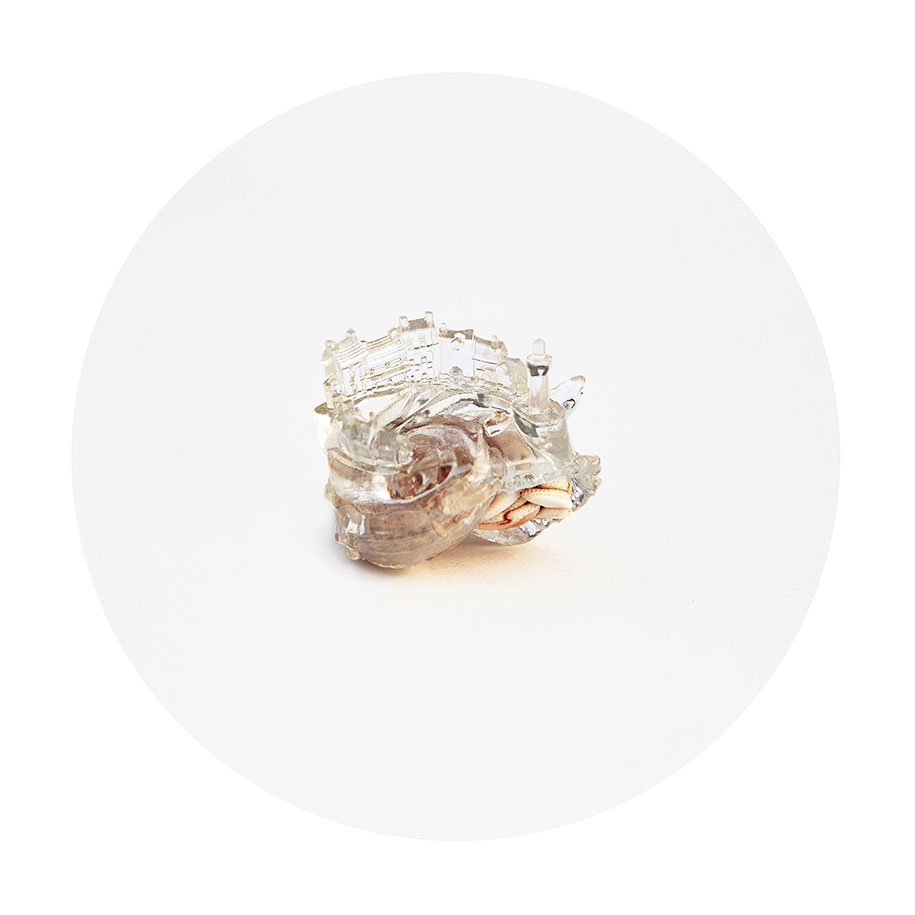 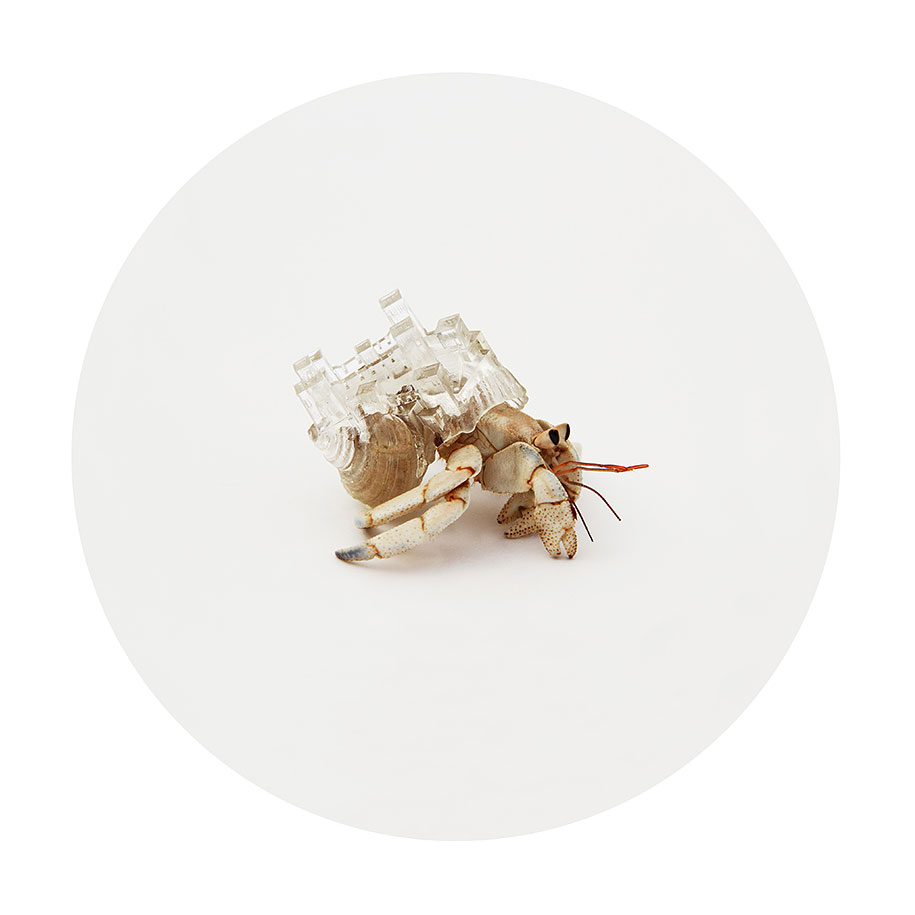 Why Not Hand Over a “Shelter” to Hermit Crabs?