People will spout about impermanence of digital records, but books are really fragile, too. Alexis Arnold from San Francisco wanted to illustrate that with her project The Crystallized Book: collecting books and growing Borax crystals on them. Books range from literature classics to magazines, and there’s even a mysterious and arcane tome called “Linux: The Complete Manual”.

“The Crystallized Book Series addresses the materiality of the book versus the text or content of the book, in addition to commenting on the vulnerability of the printed book” Alexis writes on her website. “The crystals remove the text and transform the books into aesthetic, non-functional objects.” She claims to have been inspired by the discarded books she found, the rise of e-books and the shutting down of book stores.

I guess some would argue that many books are aesthetic, non-functional objects, but let’s not go there. 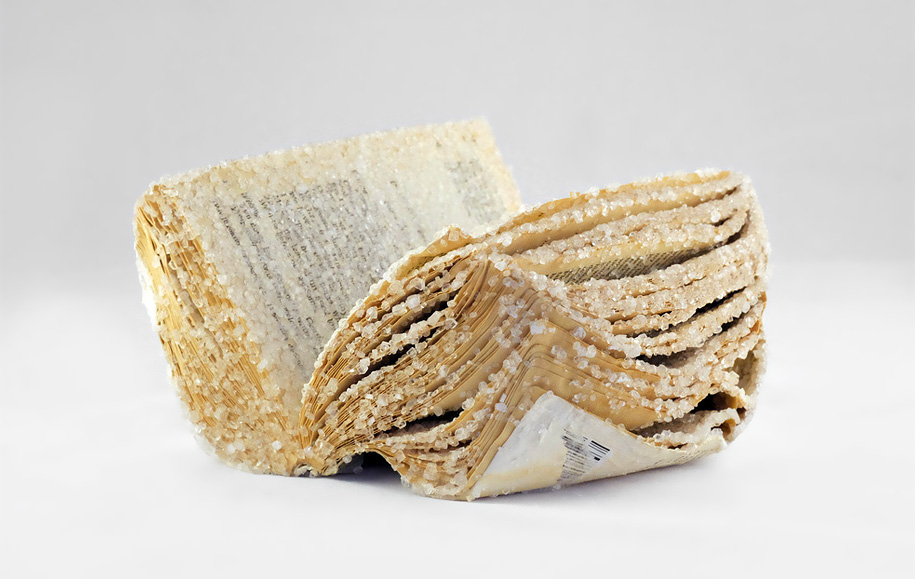 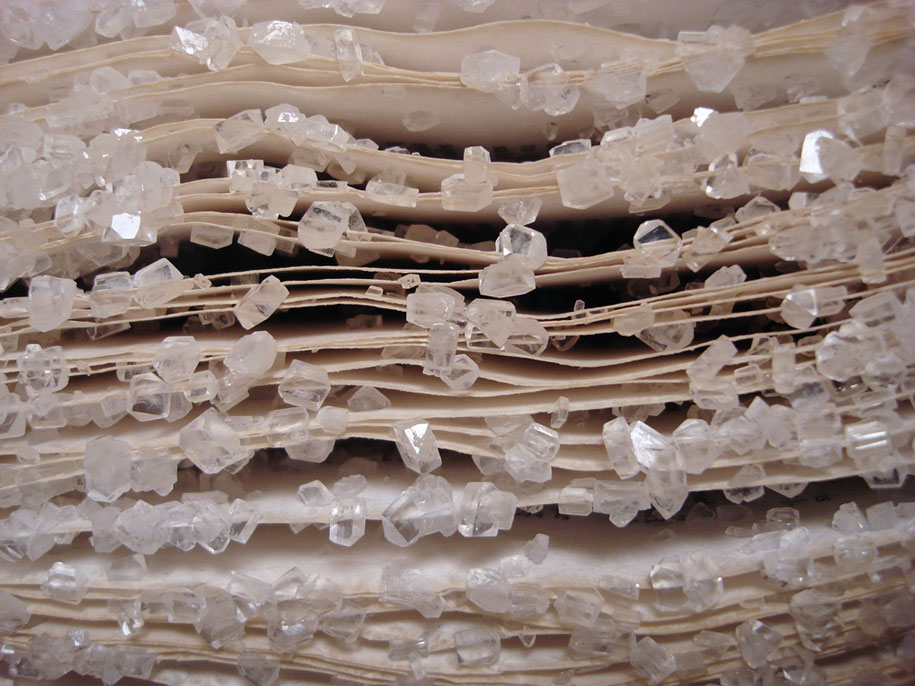 An Illustrated Handbook of Art History 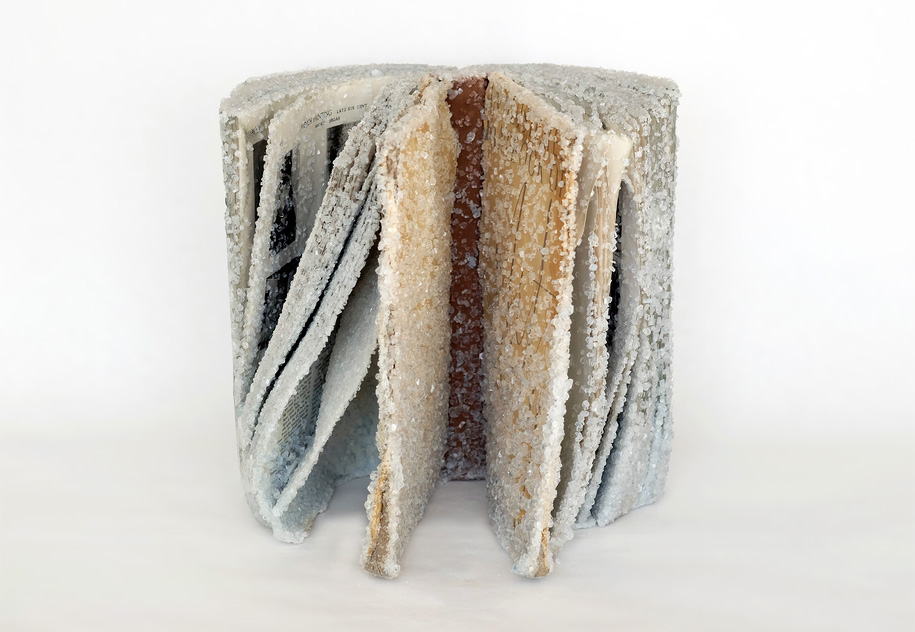 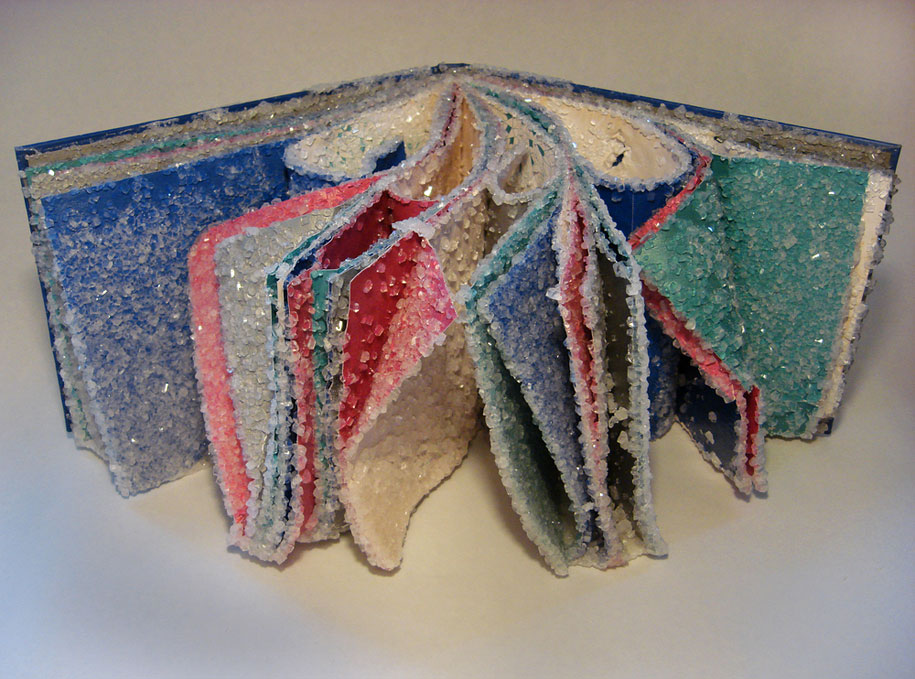 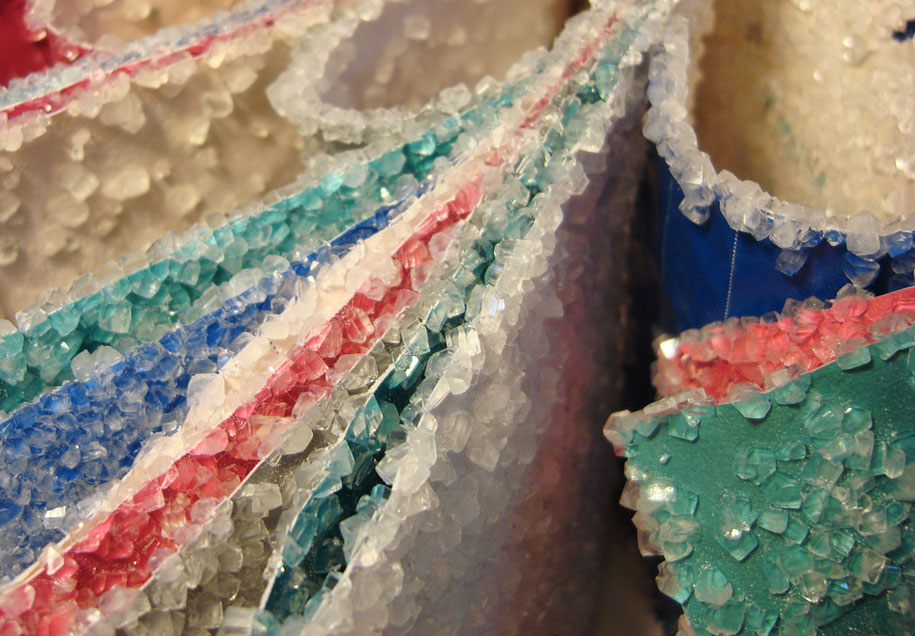 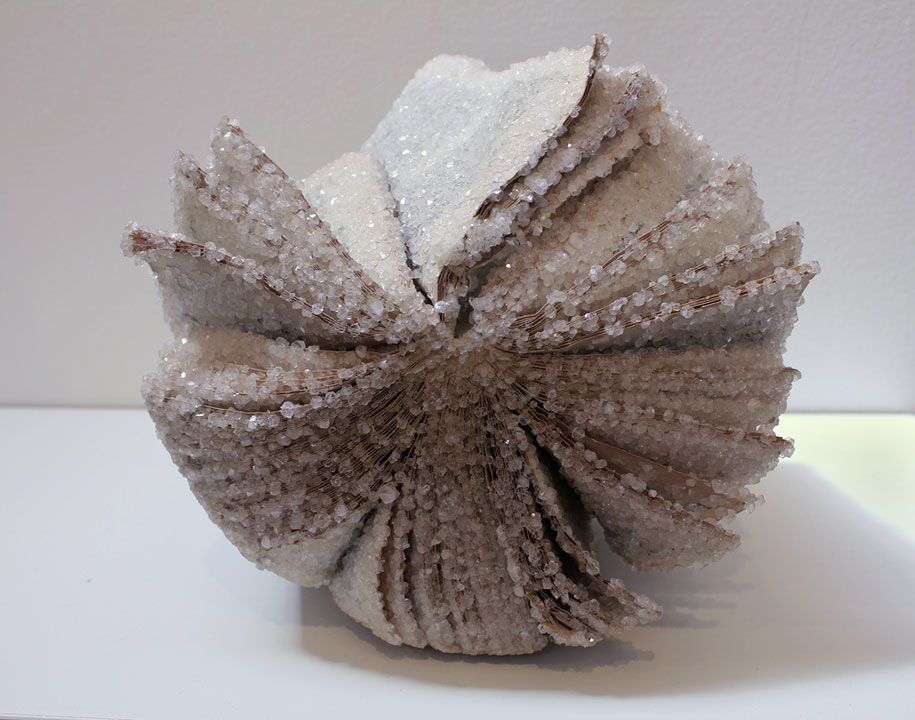 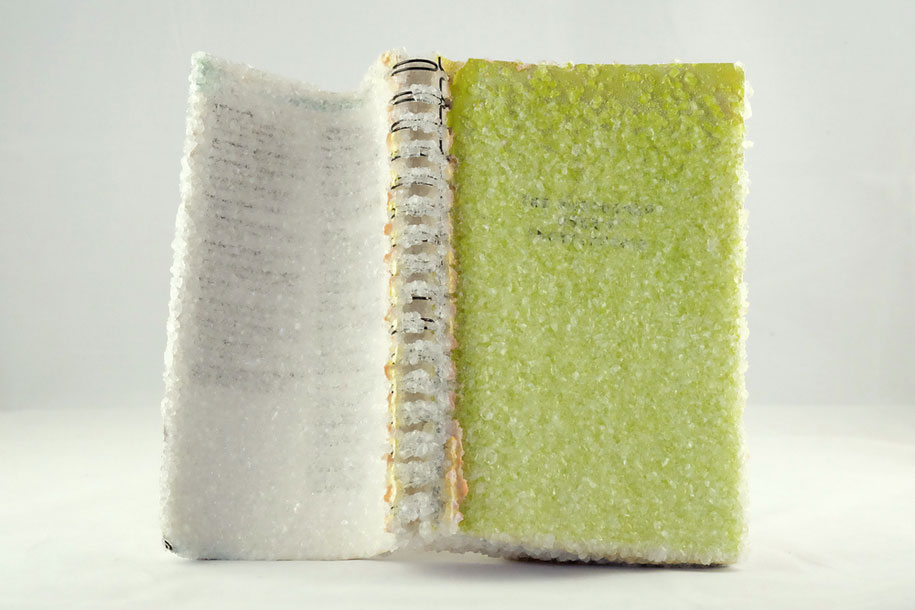 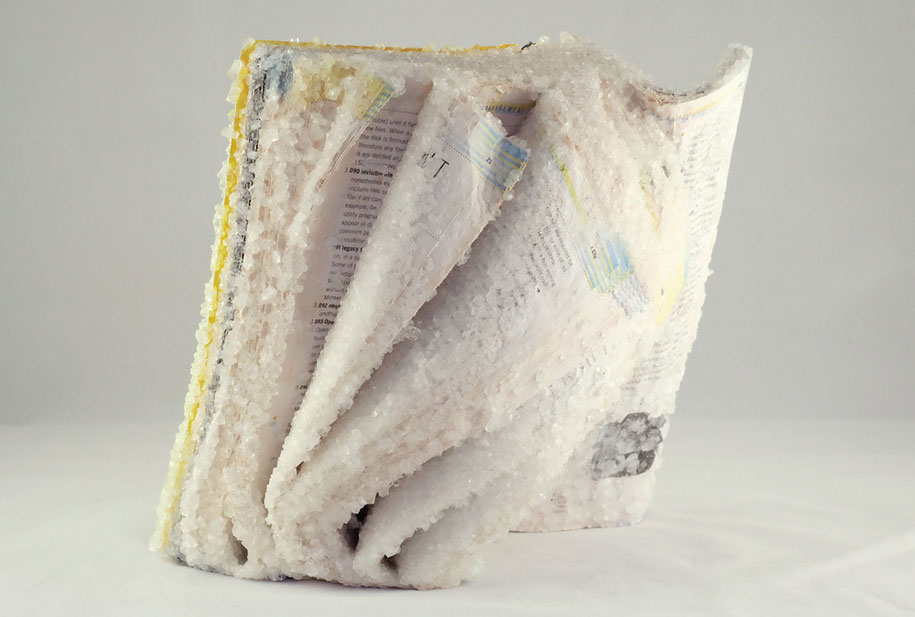 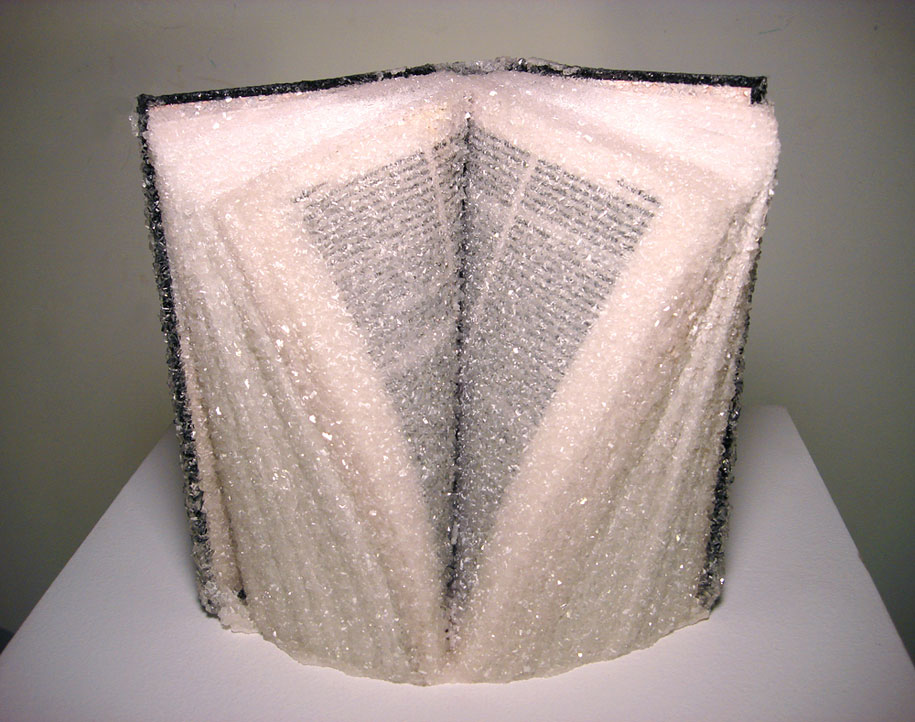 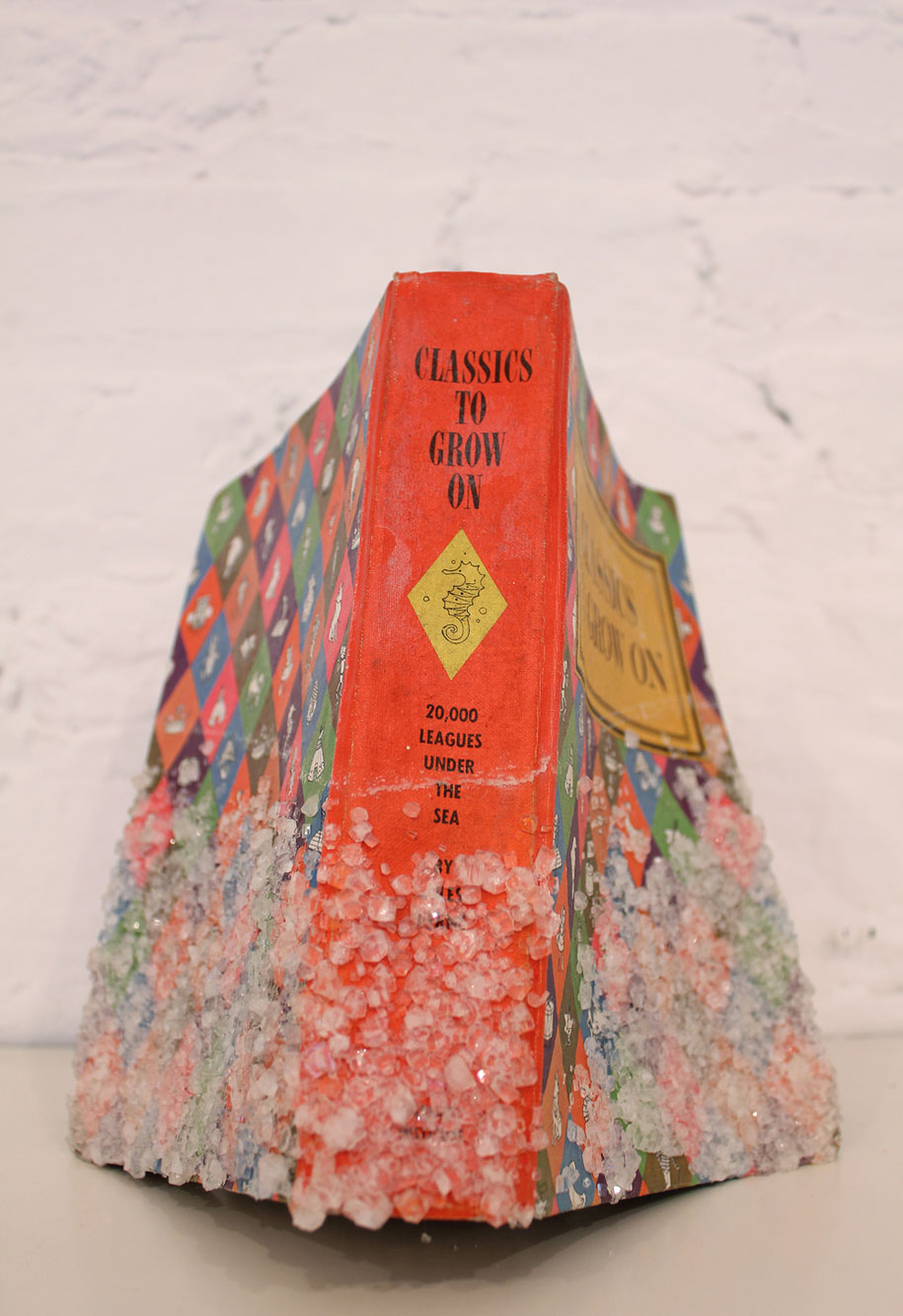 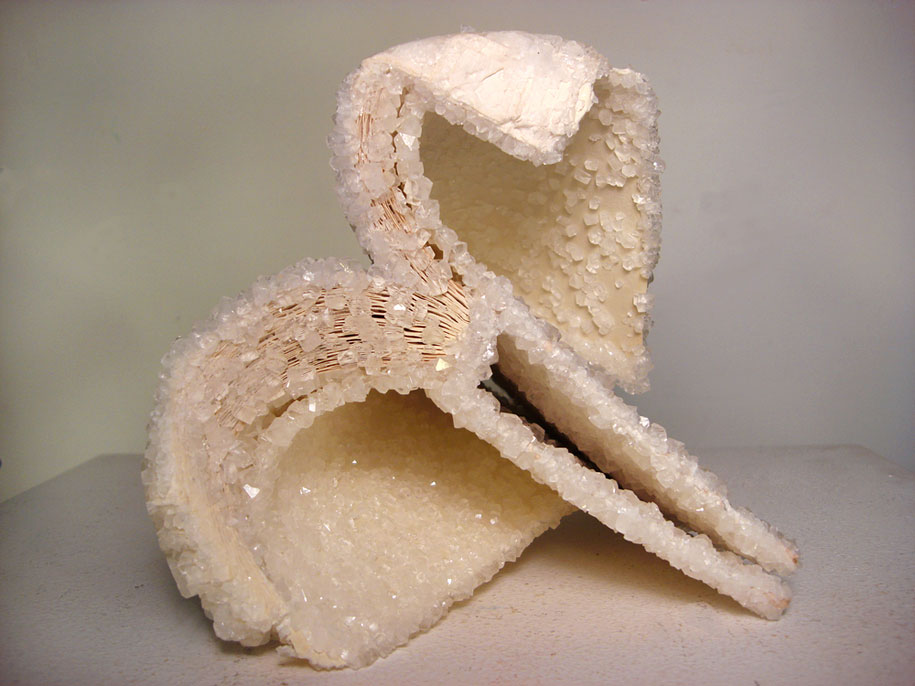 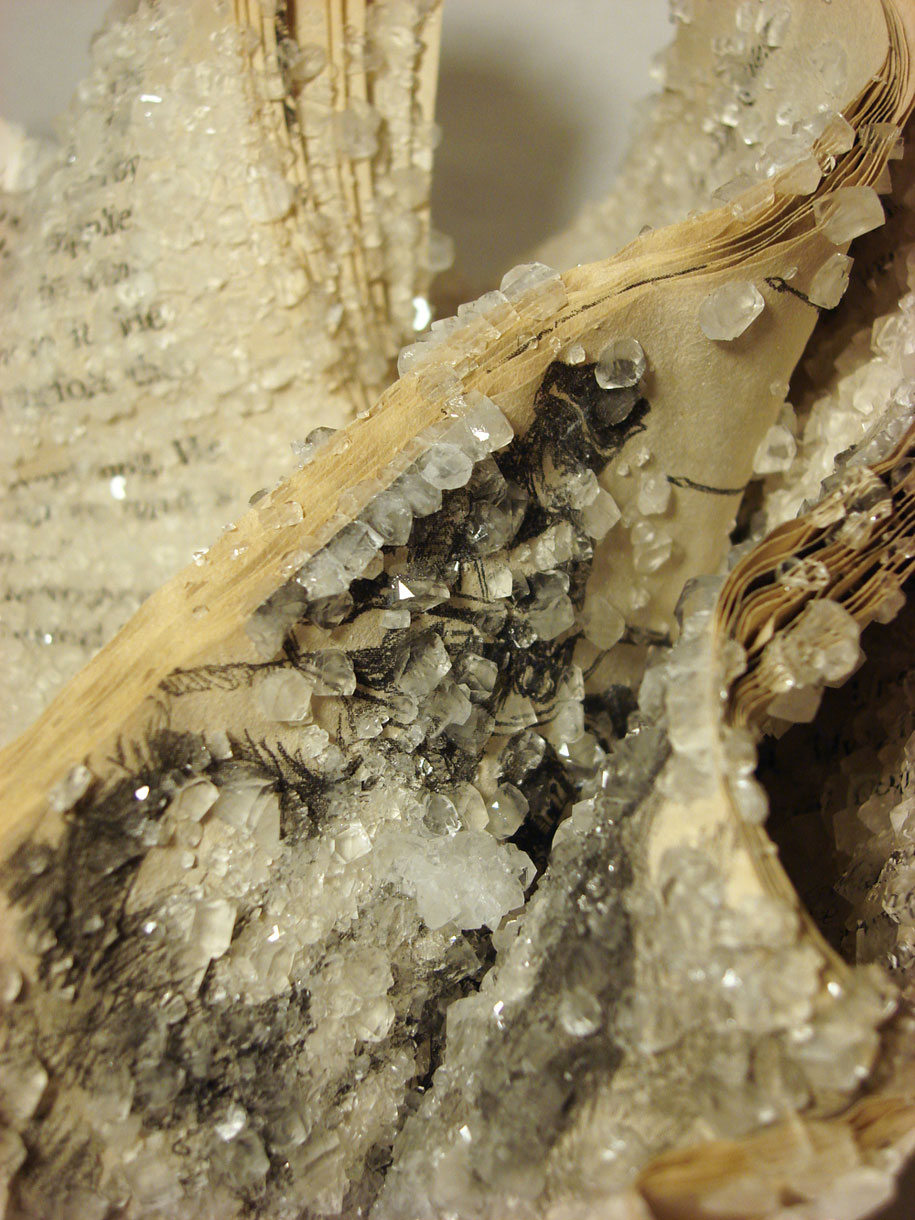 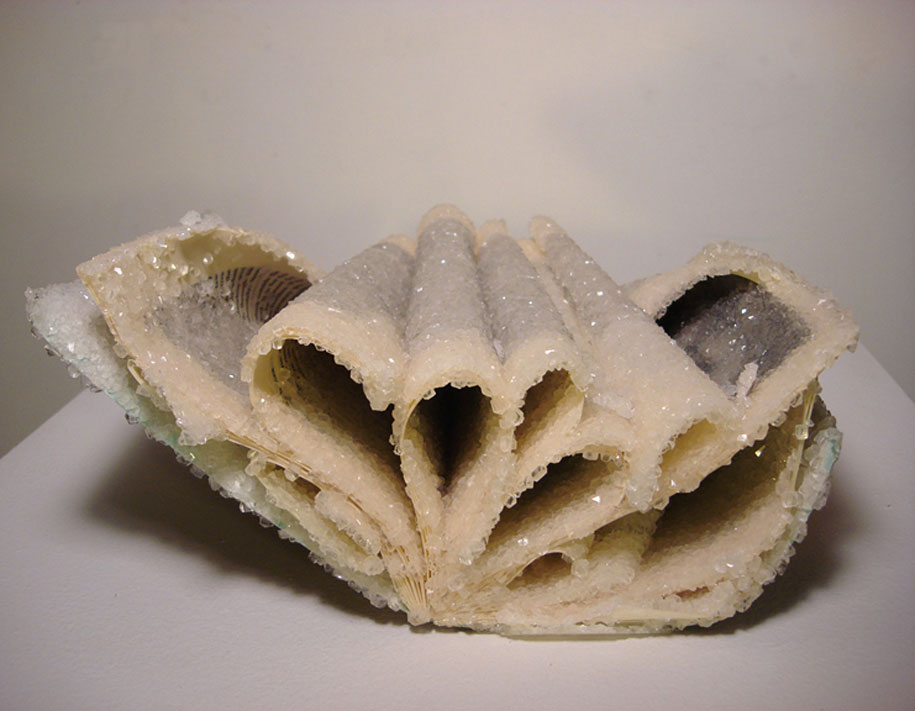 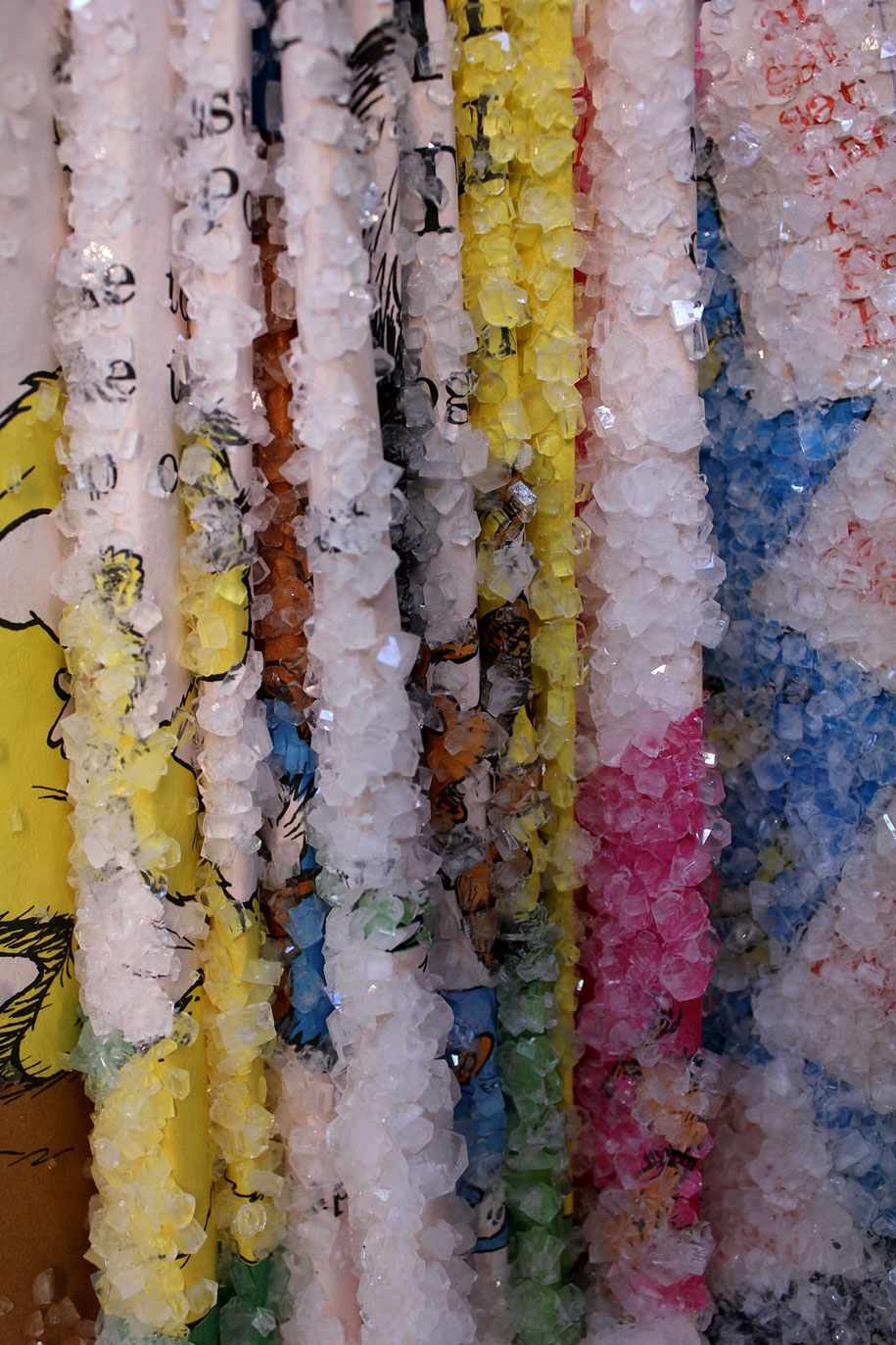 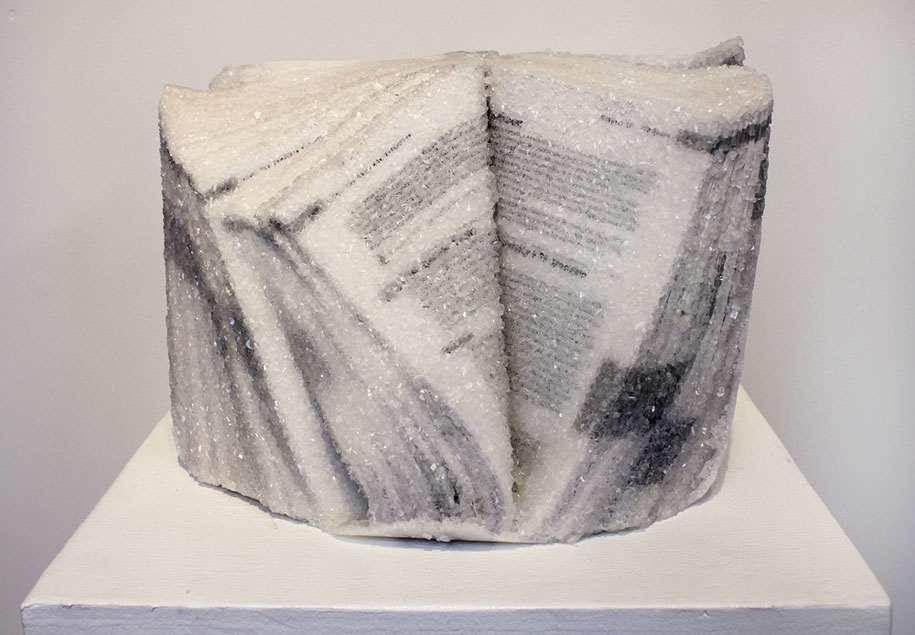 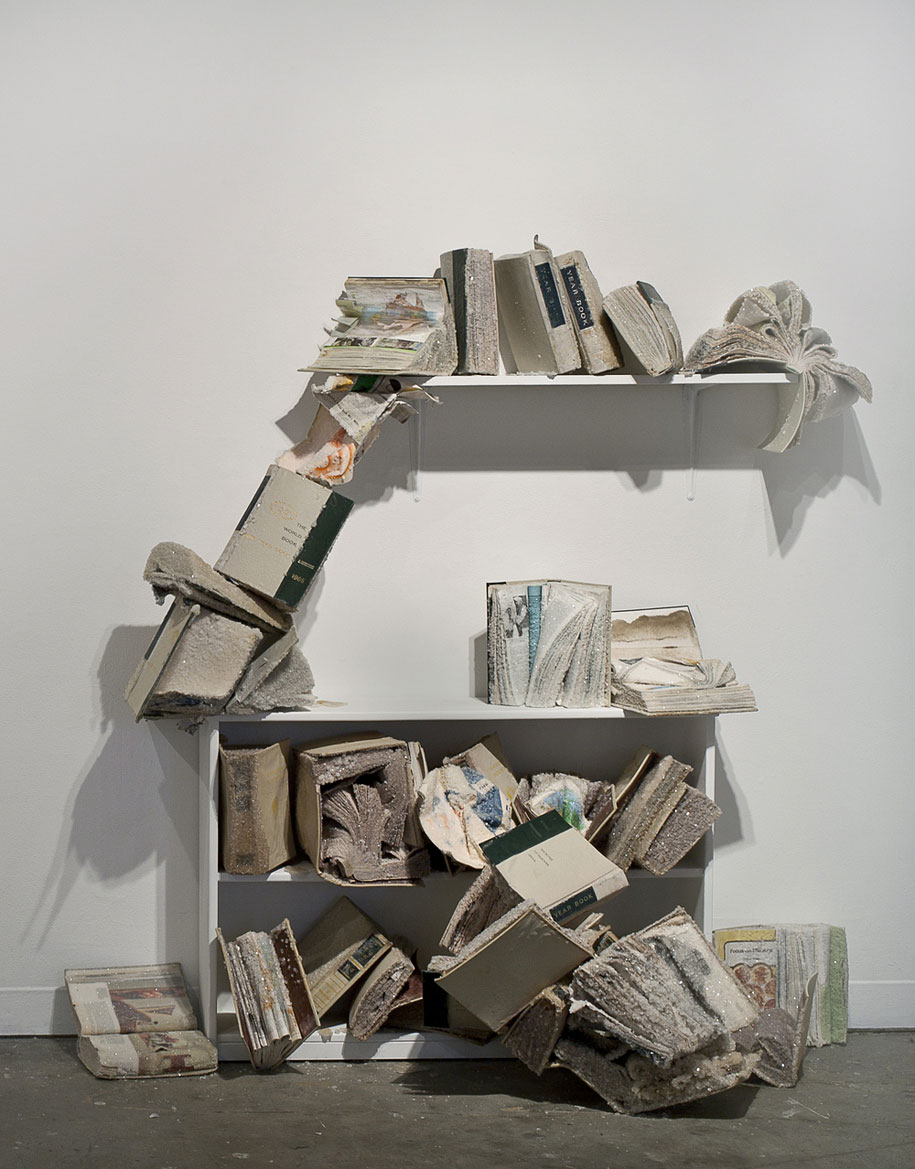