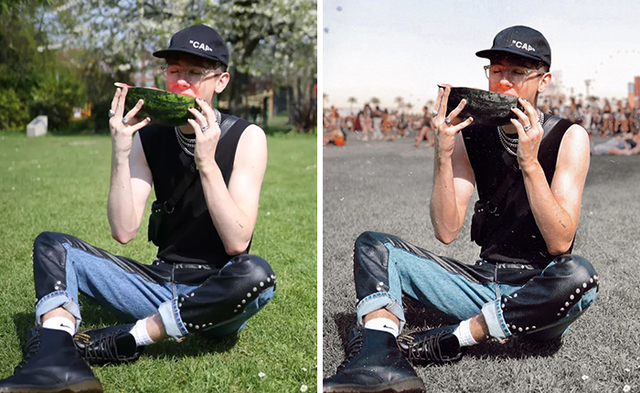 Byron Denton, a London-based vlogger who pranked his followers by faking a luxury lifestyle not long ago, is back with another clever ‘social experiment’. This time he tricked his Instagram followers into believing he went to the Coachella festival all the way in California with some cleverly photoshopped pictures.

In an interview with Bored Panda, the 19-year-old vlogger said he was shocked by the response to his first prank – he was surprised by how easy it was to fake an entire life online. That inspired Byron to go for a part two – only this time he went a little bigger. 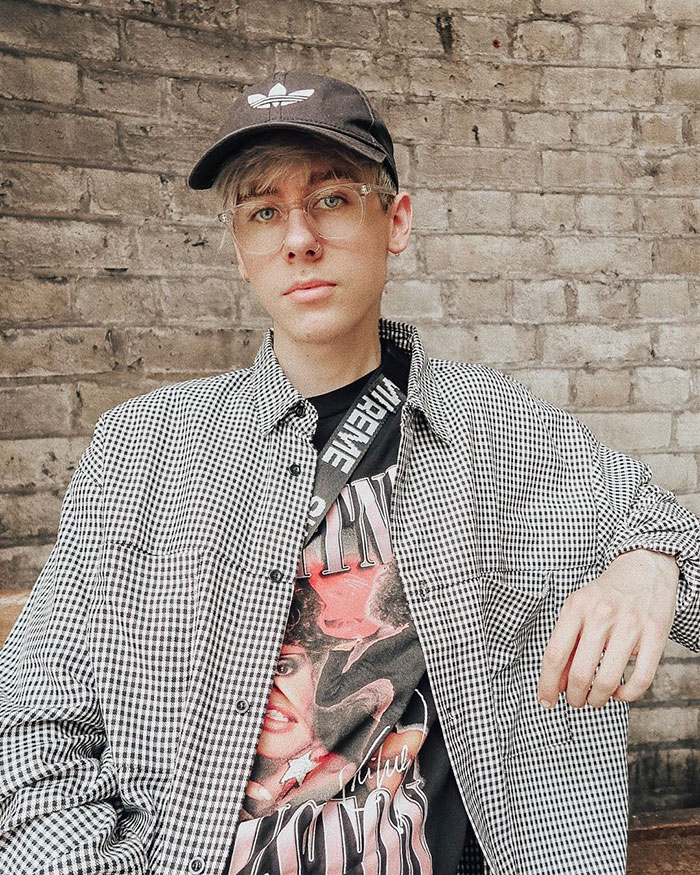 “It dawned on me that everyone who is seen to be ‘successful’ on Instagram attends the festival Coachella at some point in their life,” said the vlogger. “As it was the time of year where everyone was heading to the desert for a weekend of music and fashion, I decided it would be a great time to go along too… well with the help of photoshop of course!” 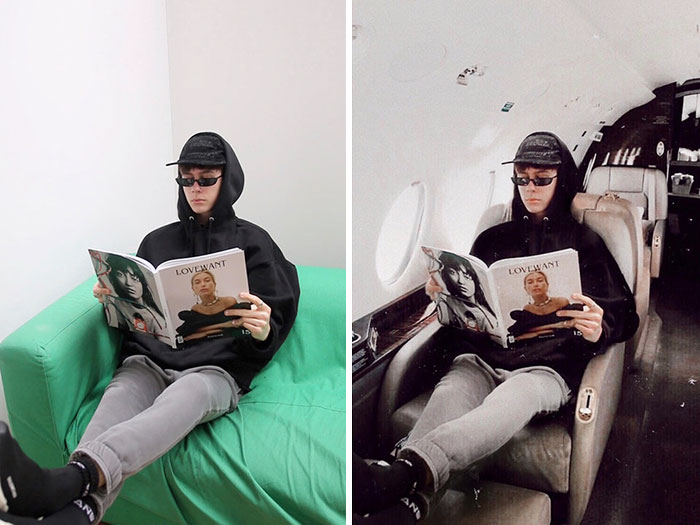 Byron said that after his first prank, people started calling all of his photos fake, so pulling off this type of prank the second time proved to be a bit more challenging. “I recently went on a trip to Rome and all the comments on the photos of me beside the famous landmarks are suggesting that it’s not real and that it’s all photoshopped!” said the vlogger. “I guess it’s kind of annoying however I did sign up for it! It also meant this time I had to pay such close attention to detail when photoshopping myself at the festival!” 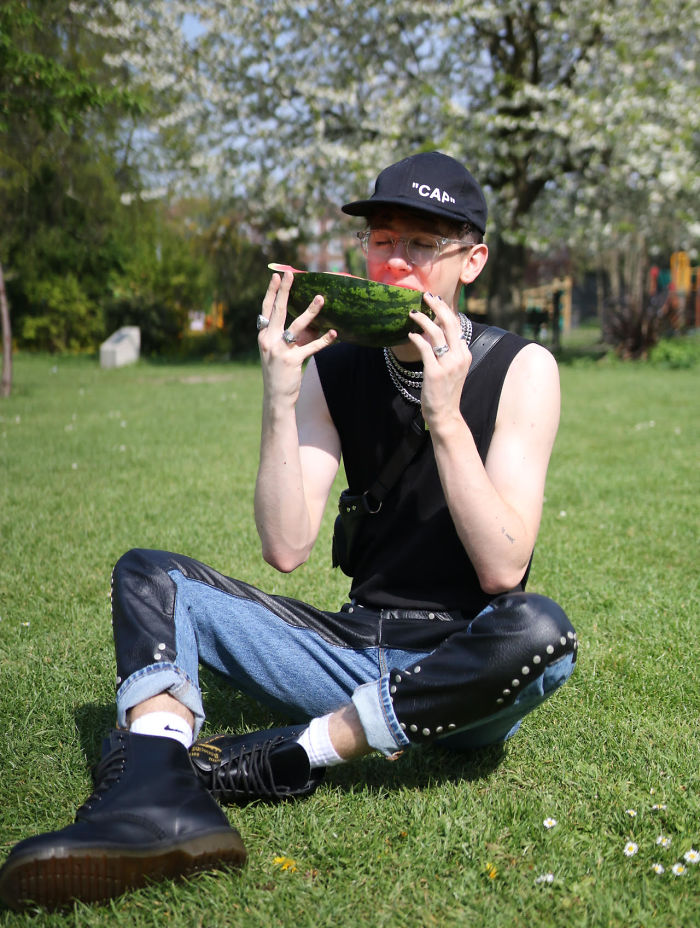 To pull off this elaborate prank, he got some help from his mom, who is a graphic designer. He kept secretive about his plan to fake going to the festival, leading to his friends commenting on his Instagram posts in shock. “My cousin even went as far as to FaceTime me and ask how the festival was, to her surprise I answered the call whilst sat in my bedroom which was probably a little disappointing for her!” joked Byron. 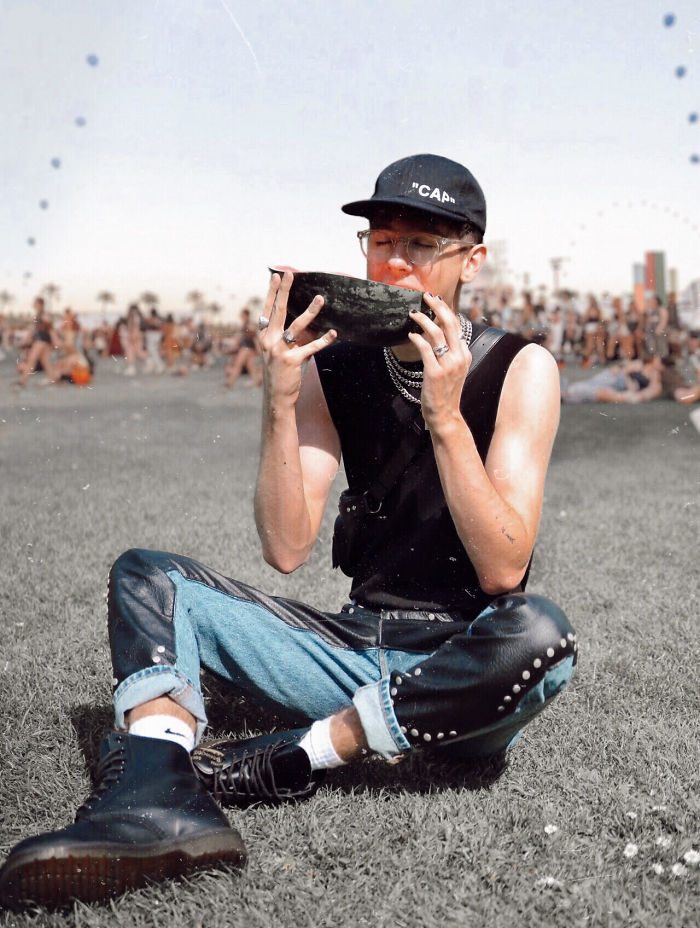 “Midway through the week of faking being in LA I had a Shawn Mendes concert in London and let’s just say quite a lot of people noticed me, took photos and also questioned how I was in LA on my Instagram but in the O2 watching Shawn Mendes! Super embarrassing!” said Byron. Some people were already trying to debunk the vlogger’s trip and the pictures of him at the concert certainly did not help the situation. 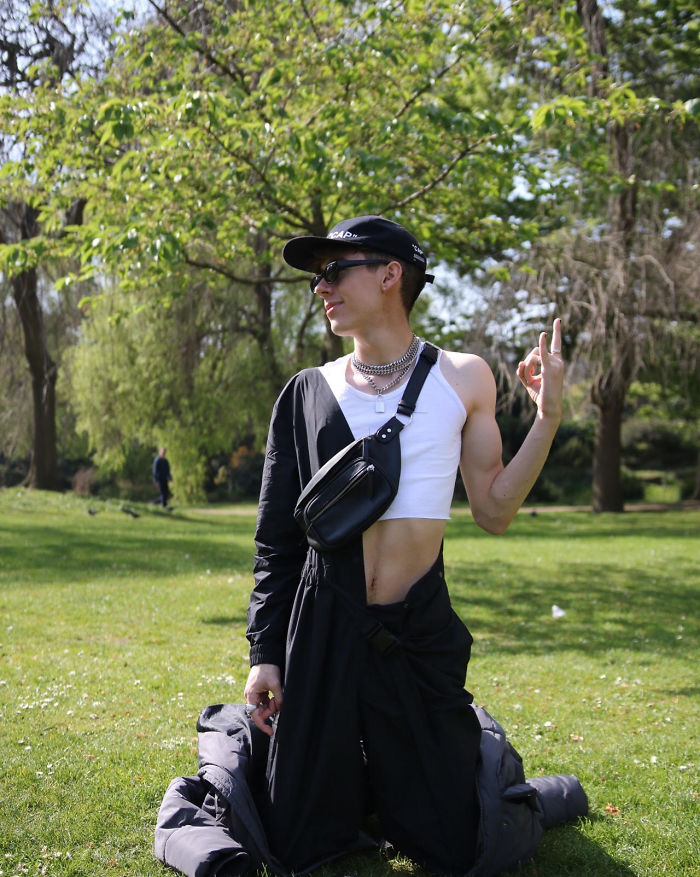 To Byron’s surprise, fellow Youtubers also fell for his prank: “I feel like a lot of YouTubers and people in the industry know what happens behind the scenes of everything on social media so can call out others for photoshopping and facetuning things pretty quickly, however, I think I went pretty undetected!” 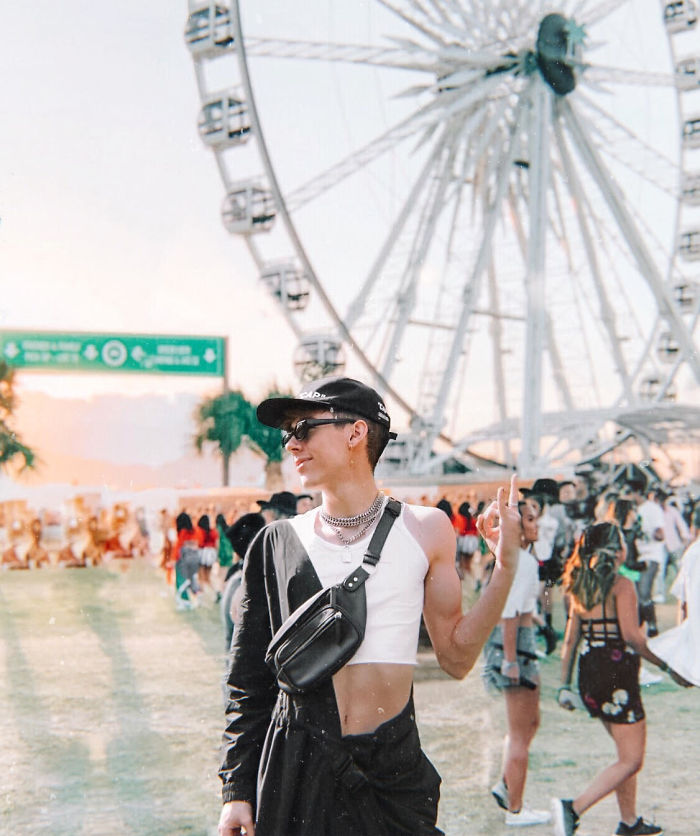 The vlogger says his new prank was even more successful since he used what he learned from his last one: “I learned this time around not to over think what I was posting, I think last time I was trying so hard not to get caught out that I was oversharing and over posting which looked unnatural.” He says his most successful photo in the last video got 12,000 likes and this time his photo at Coachella got 10k in just 3 hours and the likes continue to rise.

See the full video below!

“The last thing I want to share about this whole experience is how easy it really is to fake a lifestyle online,” said Byron. “I am no photoshop genius, I don’t have masses of experience in how social media works which means just about anyone with a mobile phone can portray a life that may not always be real. I think it’s easy to compare yourself and what you have to what everyone else is showing but hopefully from this you can see not to believe everything put on social media.” 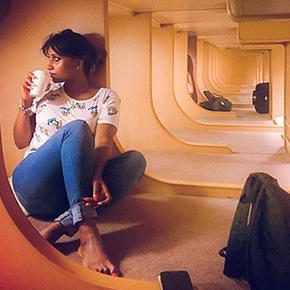 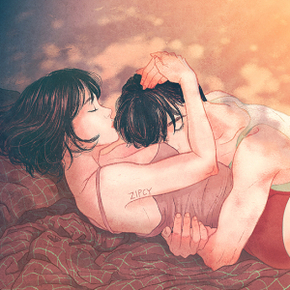 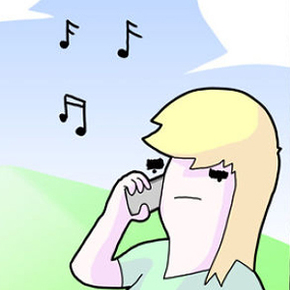 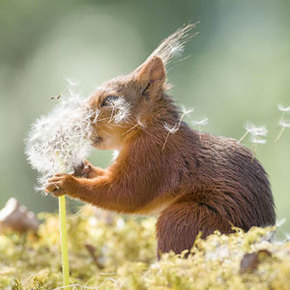 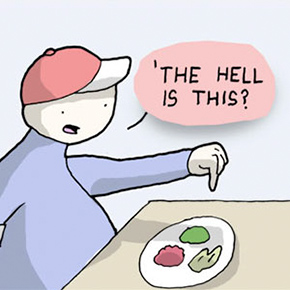