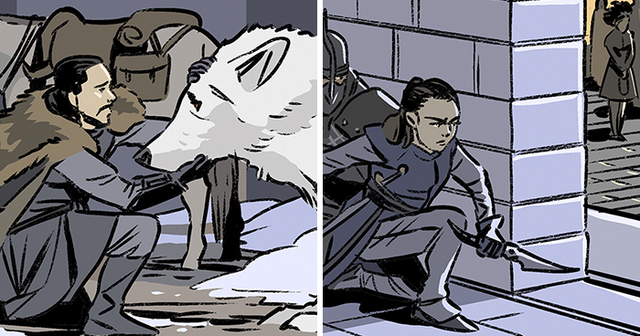 Game of Thrones fans were eagerly waiting for the eight season of the show and now that it came to an end, many of them are feeling let down. Some are blaming poor writing, others are pointing out obvious mistakes and most die-hard fans of the show agree that it was the least entertaining season of them all. However, to try and make the situation a little better, artist Benjamin Dewey decided to illustrate what he wished the show was like in his illustration series titled The Scenes I Wish We’d GoT. 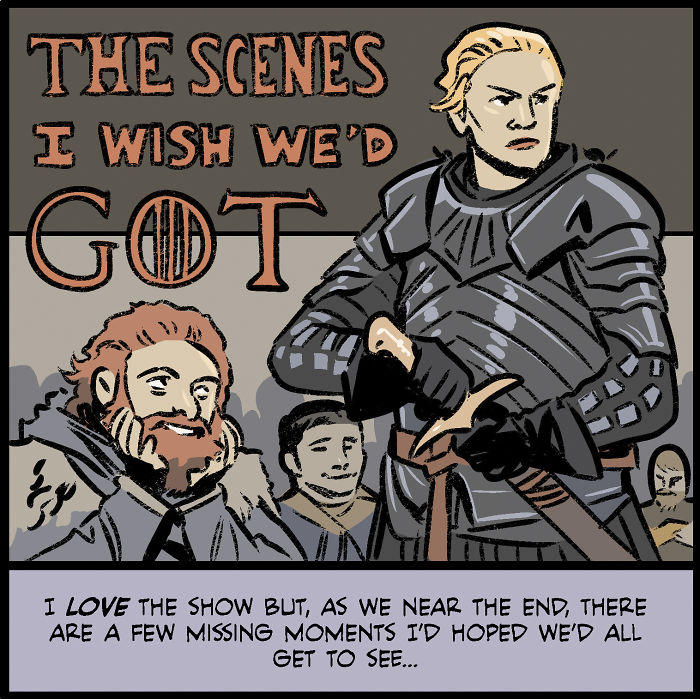 Benjamin got into Game of Thrones over 10 years ago, back in 2008, when his friend recommended him the Game of Thrones books. “I will admit I didn’t totally get it at first but by the end of that book, I was a fan,” said the artist in an interview with Bored Panda. “Now I’m a super-fan and I’ve read as much of the supplemental material as I can get. Like most folks, I cannot wait for Winds of Winter.” 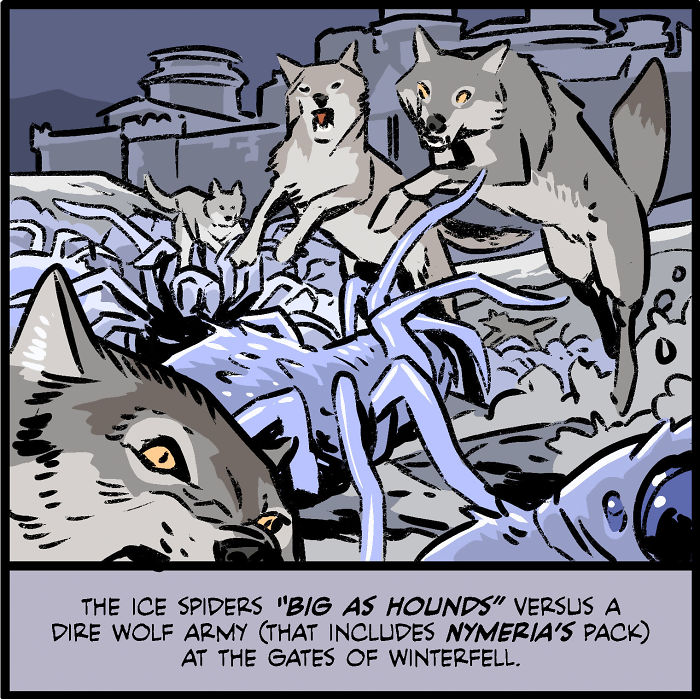 The artist says he’s a sucker for fantasy in general and especially loves when stories build their momentum from the nature of their characters. “I like a spectacle as much as anyone but I tend to dislike it if it’s just for its own sake,” explained Benjamin. “George R.R. Martin understands that the fantastical should be pressed into the service of illuminating the tragedies and triumphs of everyday life.” 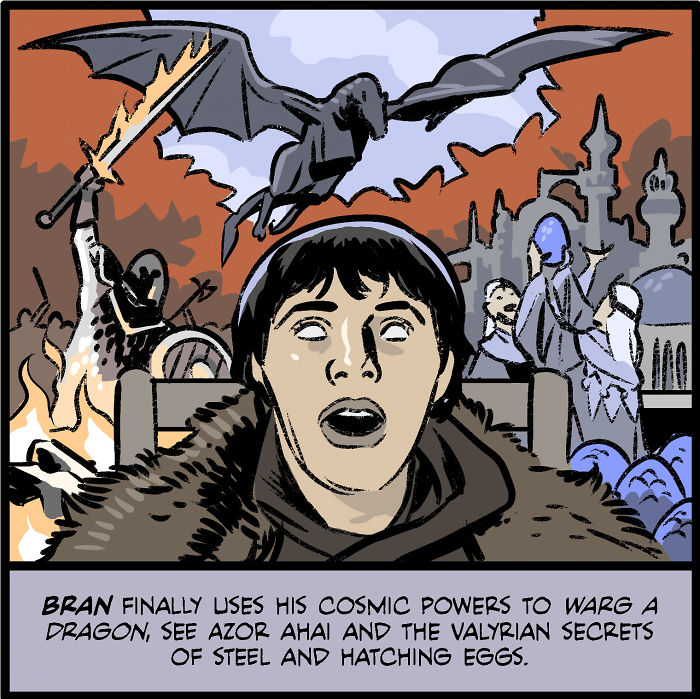 “Daenerys rides a dragon but at the end of the day, she is seeking comfort and safety of the house with the red door. We like her because we understand her motivations,” said the artist. “That amalgamation of the quotidian and the spectacular is in perfect balance in A Song of Ice and Fire.” 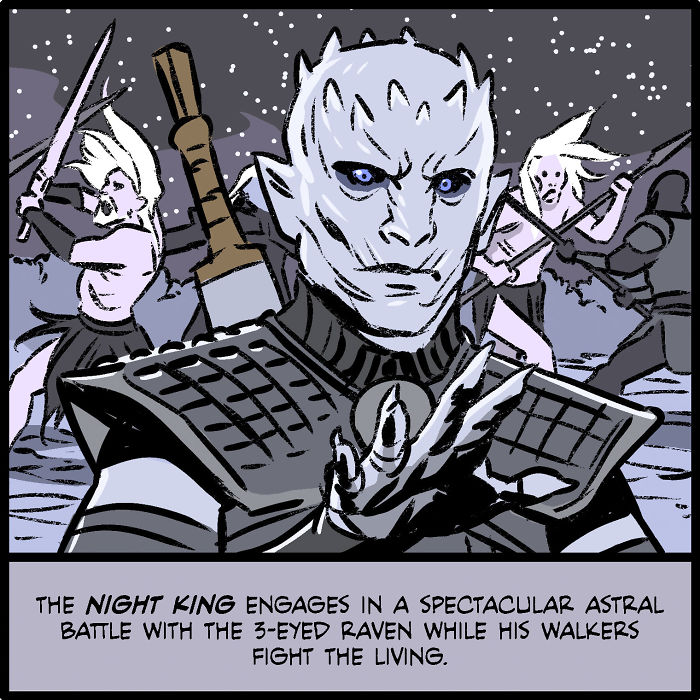 The artist says there are many things to blame for the lacklusterness of the show’s eighth season: “Actors get older, budgets are set, contracts run out and shooting locations become unavailable. George R.R. Martin wants to do two more books that have fifteen hundred-page manuscripts. He takes a long time because it is difficult to structure such an intricate web of characters.” 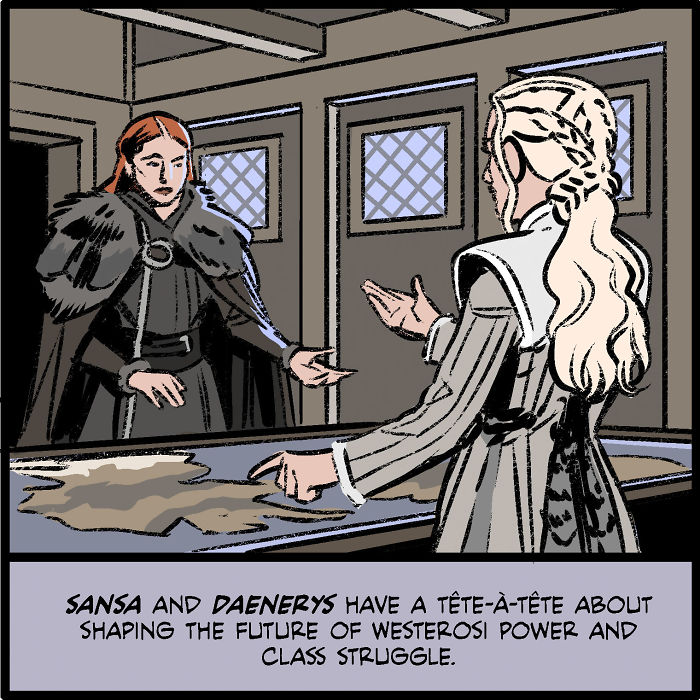 “The showrunners are out over their skis and faced the unenviable task of trying to compress two novels worth of story into six episodes of television,” tried explaining Benjamin. “Adapting great books with a fresh cast produces better results than trying to hastily tie a bow on an unfinished epic.” 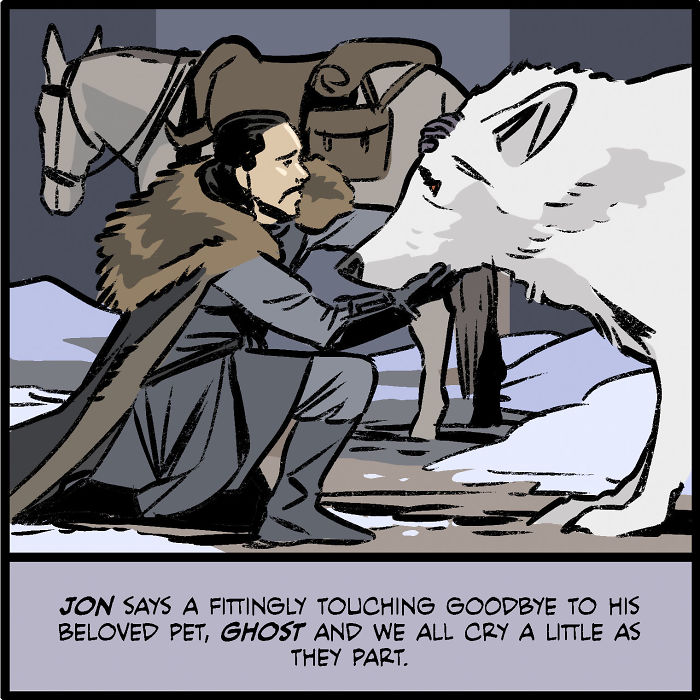 The artist gave a lengthy explanation on why the show did not meet many fans’ expectations: “I Just Called To Say I Love You is a fine song but when you compare it to Superstition there’s no contest regarding which version of Stevie Wonder is preferable. Bad is relative. I think it’s not all the things that fans wanted and there are probably a ton of reasons for that. I am torn between sympathy for [the writers of the HBO series] and frustration that some of the choices being made feel truncated and undermining of all the set-up we were given. There’s one left so maybe they’ll pull off an amazing finale but I’m measuring my expectations.”

“My wife has taught me that it’s possible to just enjoy that parts of a cultural artifact that moves you and not write off the whole thing just because it’s imperfect,” said Benjamin. “It’s a good lesson. Everything has flaws.” 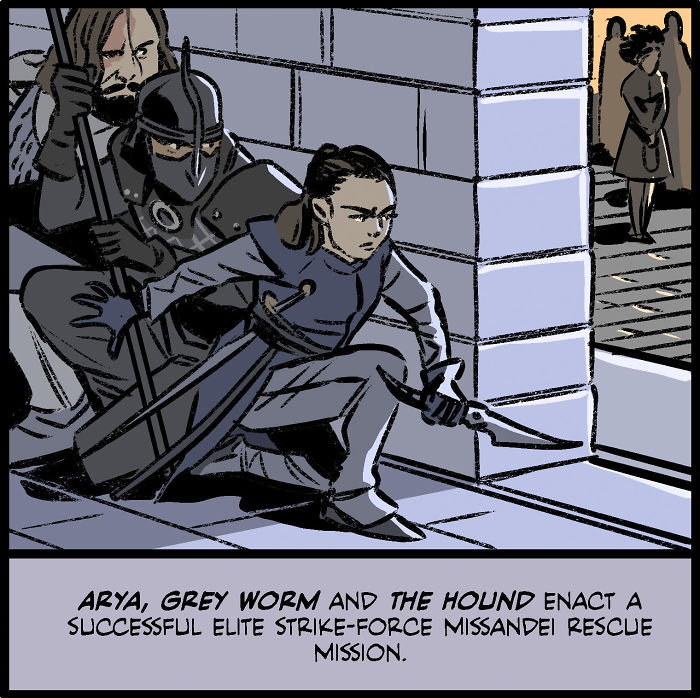 The artist explained that most people don’t have creative jobs so they don’t understand the pressures and vulnerability involved in creating art for others. And even though Benjamin makes stories for a living, he says he can only imagine what it feels like to be the people working on the show. “It’s a global phenomenon. Billions of people have opinions but due to lack of access to a deep knowledge of the process, most of them are uninformed and unproductive when it comes to writing, film or art,” explained the artist. “Audiences feel many things about the media they engage with and even when they love a thing, it’s not always a positive relationship.” He made his comic as a cathartic exercise and something positive and fun for like-minded people who might feel similarly about the way the show is ending. 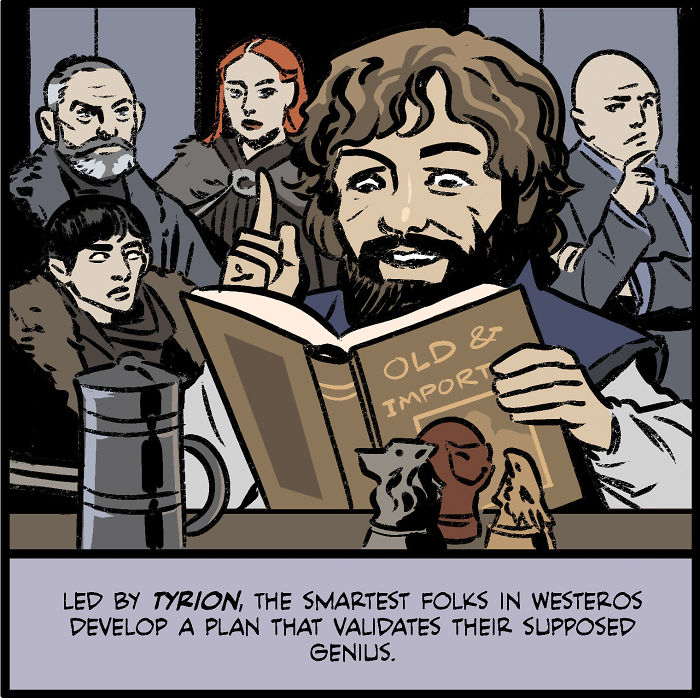 Despite all of that, the artist is trying to see the positive things: “I like that more people are starting to talk about story, plot and character arcs and I’d encourage anyone who has a ton of ideas about ‘what they should have done’ to go produce your own stories.” Benjamin hopes that people could offer some cool new worlds to explore instead of bitter critiques. “I feel inspired to make the best things I can and I’ve learned some important lessons, to apply to my own stories from watching this final season.” 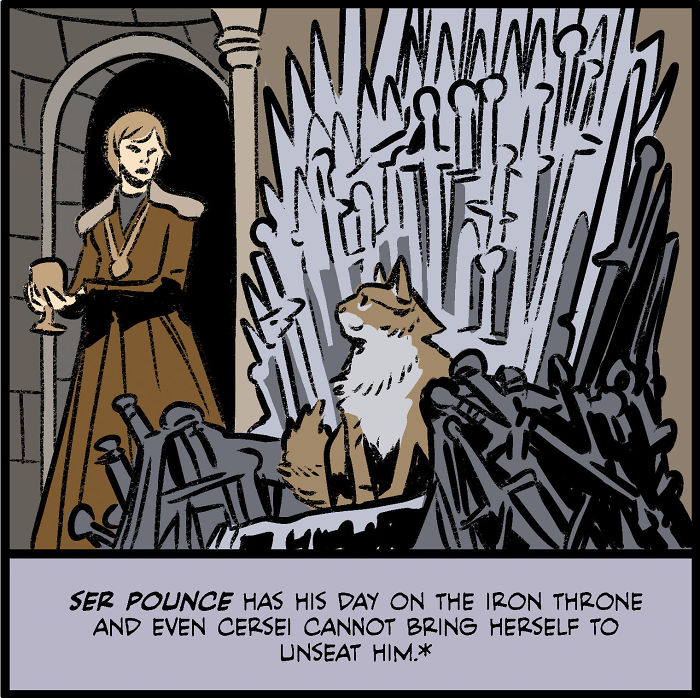 Benjamin has been a full-time professional illustrator for the past 11 years and has worked for almost every major publisher. Right now he is drawing a series about magical mystery solving dogs called Beasts of Burden for Dark Horse comics. 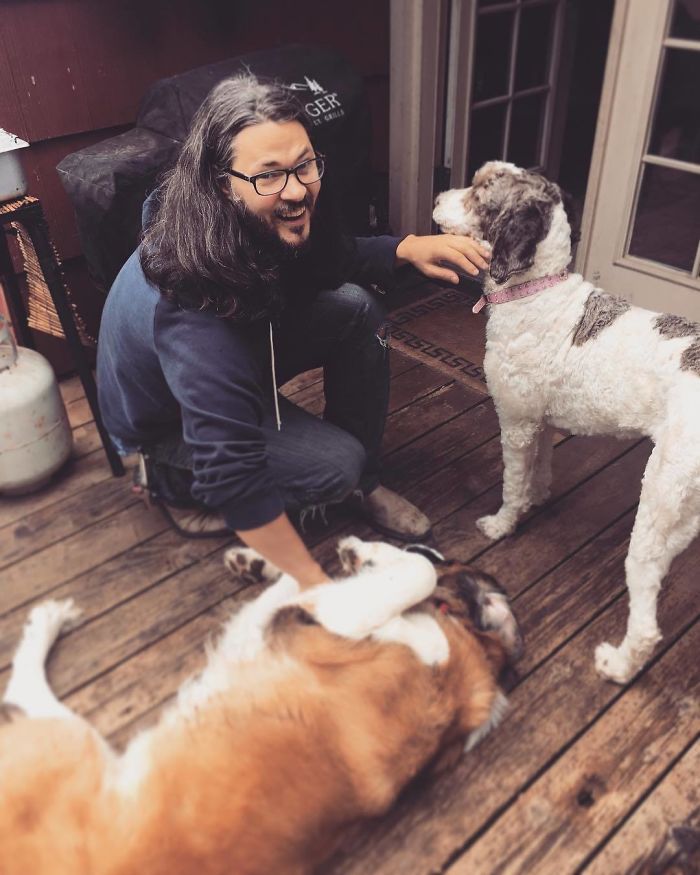 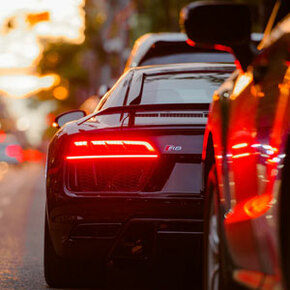 30 Useful Facts That Might One Day Save Your Life 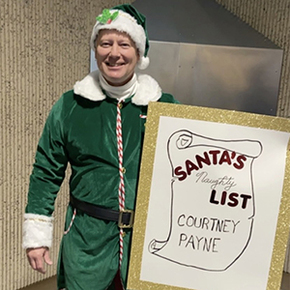 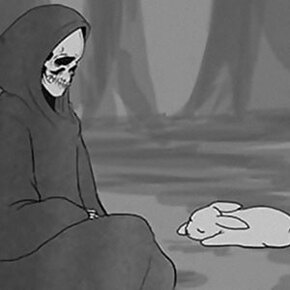 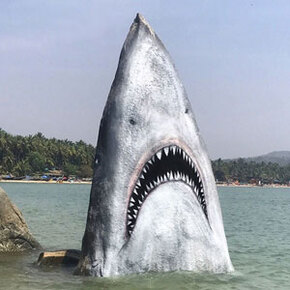 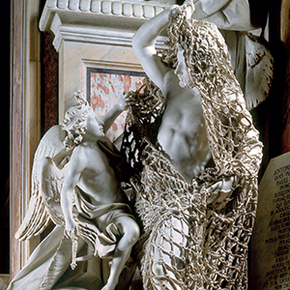