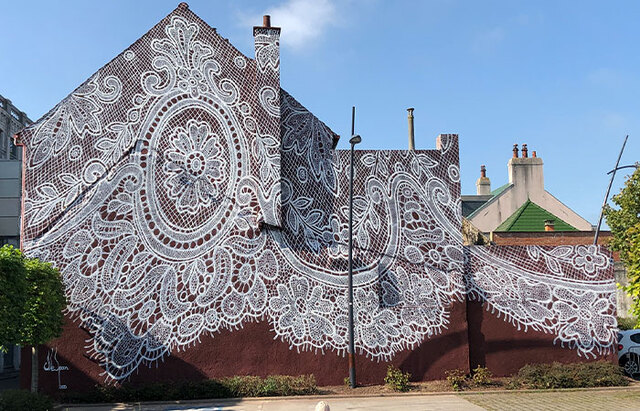 Even though lace might remind you of your grandmother’s house, it’s actually a pretty important tradition in Calais, France. Apparently, in the late 19th century, around 40,000 textile artists and engineers from England moved to the city in search of a better life and started working in the local lace factories. And since Calais has such deep traditions when it comes to lace-making, it’s the perfect place for opening a museum dedicated to this art.

The museum is called Cité de la Dentelle et de la Mode and is located inside a restored 19th-century building. Recently, the museum decided to give one of its walls a makeover and called Warsaw-based artist NeSpoon for help. 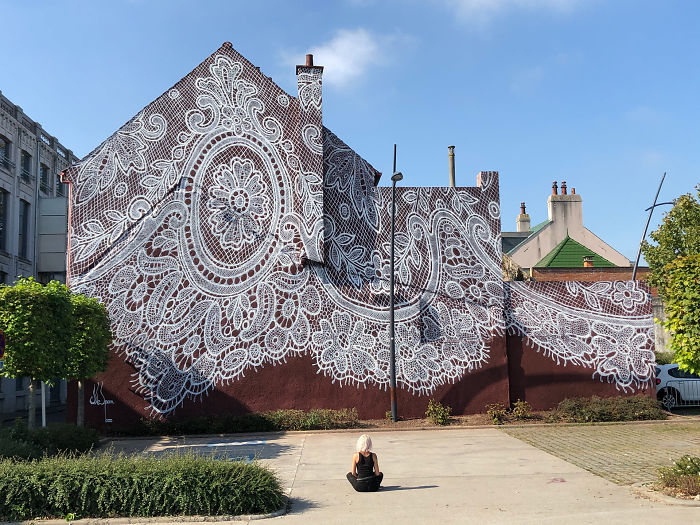 NeSpoon is known for incorporating lace motifs in her works so naturally, she was the perfect choice for the job.

The mural was done by a Warsaw-based artist NeSpoon 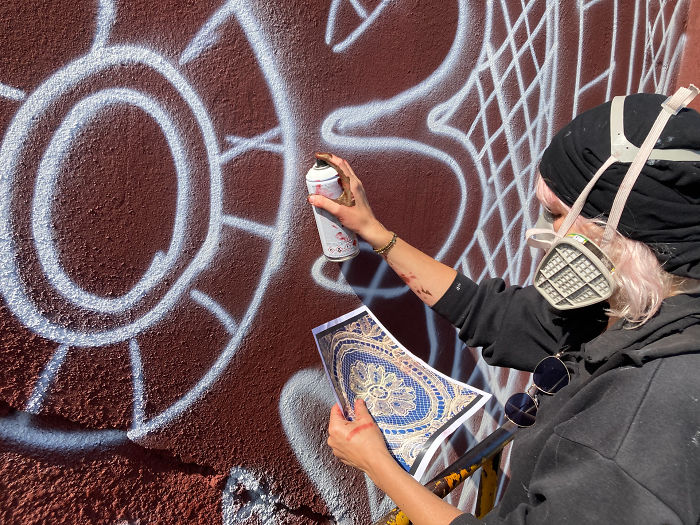 In her Behance profile, the artist says that it’s the aesthetic code embedded in every culture as well as the symmetry and harmony that makes her choose to use lace in her works.

NeSpoon is known for incorporating lace motifs in her works 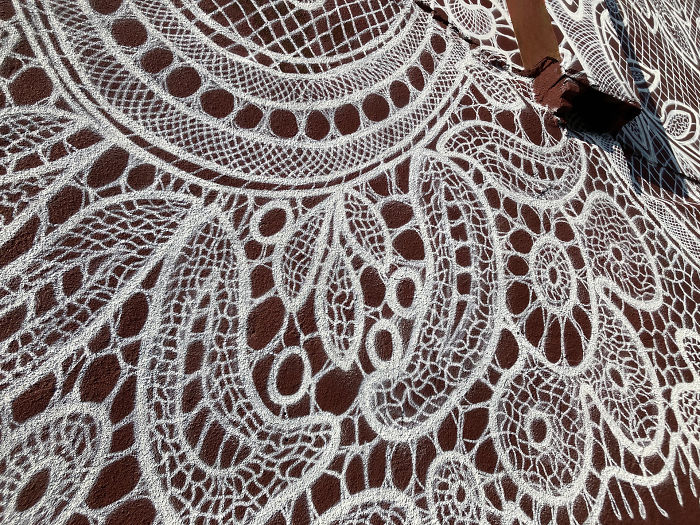 “Calais in northern France is famous for its lace-making tradition. In the past, local factories employed 40,000 people in the lace-making industry. Today in the city exists a unique lace museum. It is housed in a recently restored 19th-century factory building,” writes the artist on the project’s page. “In addition to the great collection of lace, it holds 200-year-old, still working lace-making machines. Learning how to control this machine at the master level took up to 12 years. The weaving master controlled 11,000 threads at the same time.” 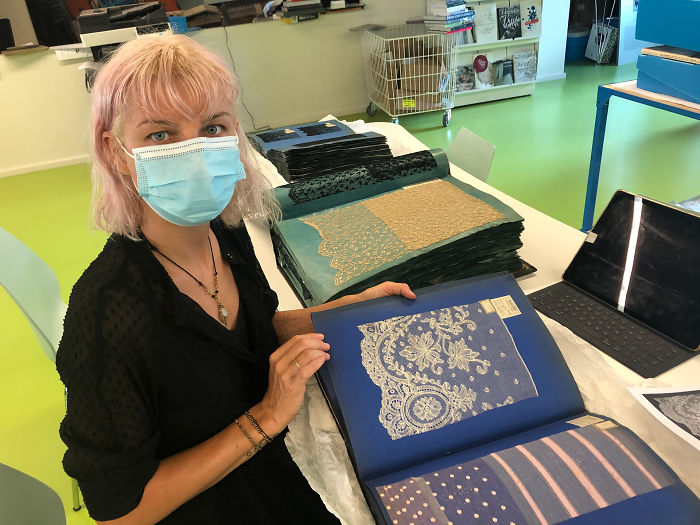 While browsing the albums in the museum’s archive, NeSpoon stumbled upon one design from 1894 and decided to use it as an inspiration for her mural. 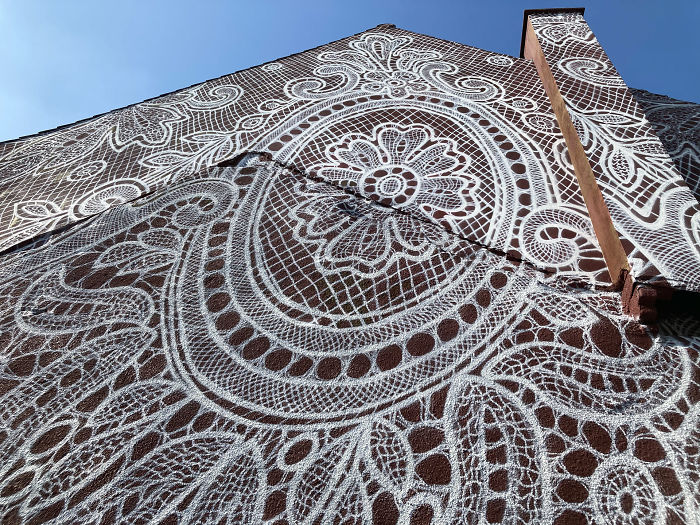 Check out a video of the artist creating the mural below! 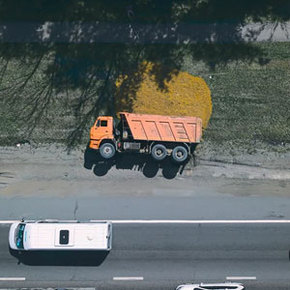 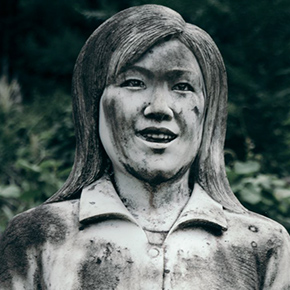 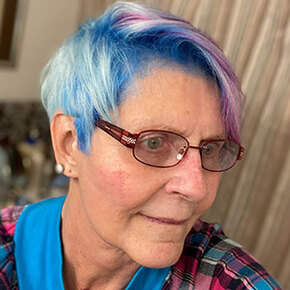 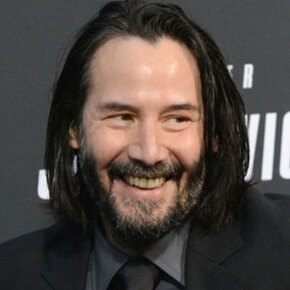 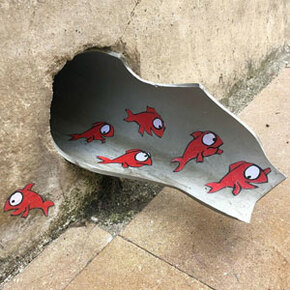 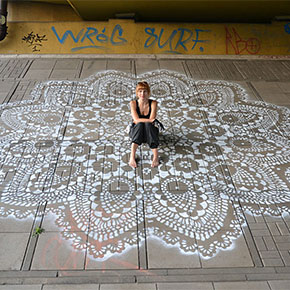 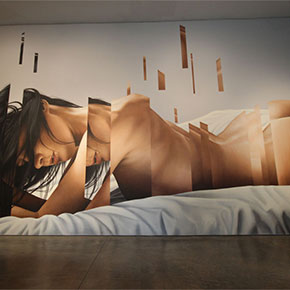 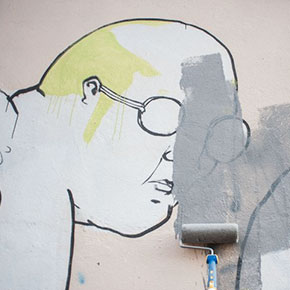 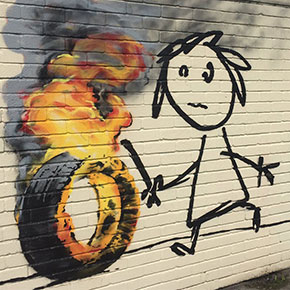