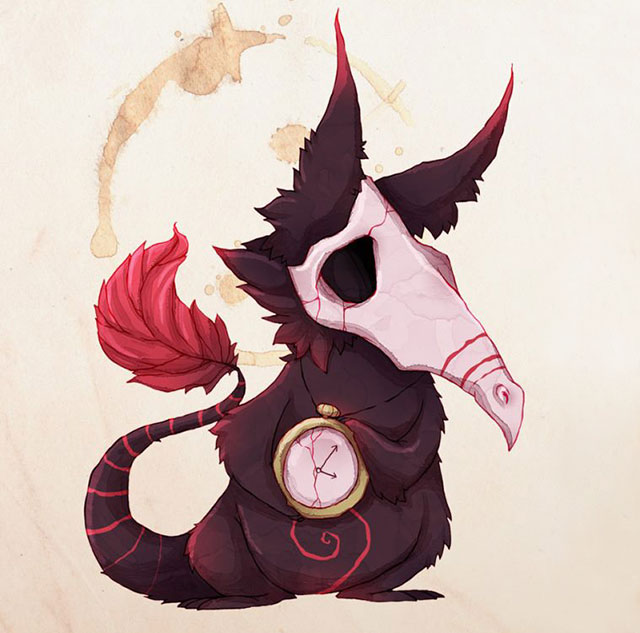 What if the demons of the man’s heart were actual creatures? A U.K. artist drew Toby Allen drew various mental illnesses as monsters. Borderline Personality Disorder and Depression look like Pokemon, but Post-Traumatic Stress Disorder and Obsessive Compulsive Disorder are a lot more monstrous in shape. And, embodied as such, they’re much easier to fight, that’s what the artist believes.

“The project originated from imagining my own anxieties as monsters and finding it to be a cathartic and healing process to draw them,” Allen told The Huffington Post. “It made them feel weaker and I was able to look at my own anxiety in a comical way. I wanted to expand upon this idea and draw other representations of mental illnesses that could help people in the same way it helped me.” 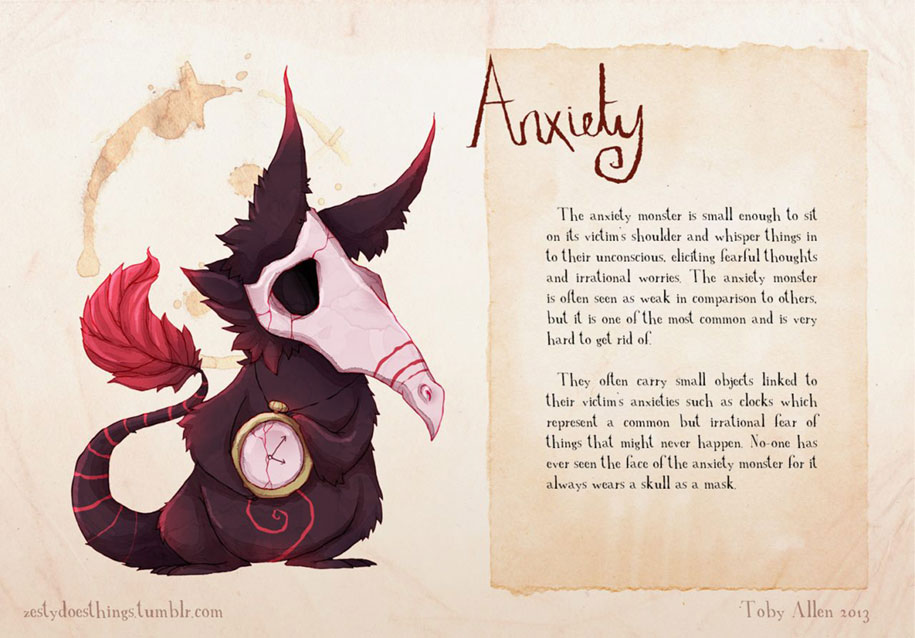 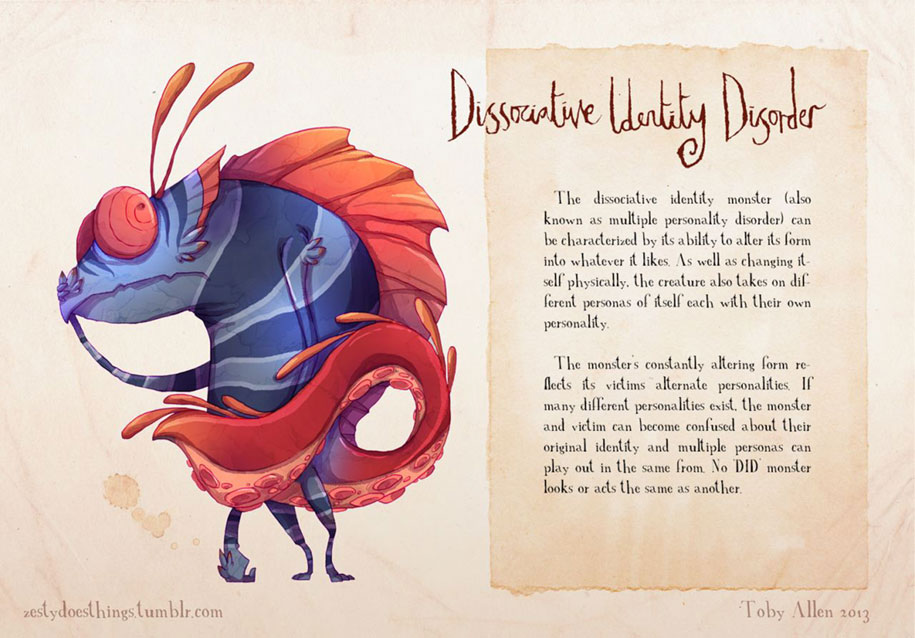 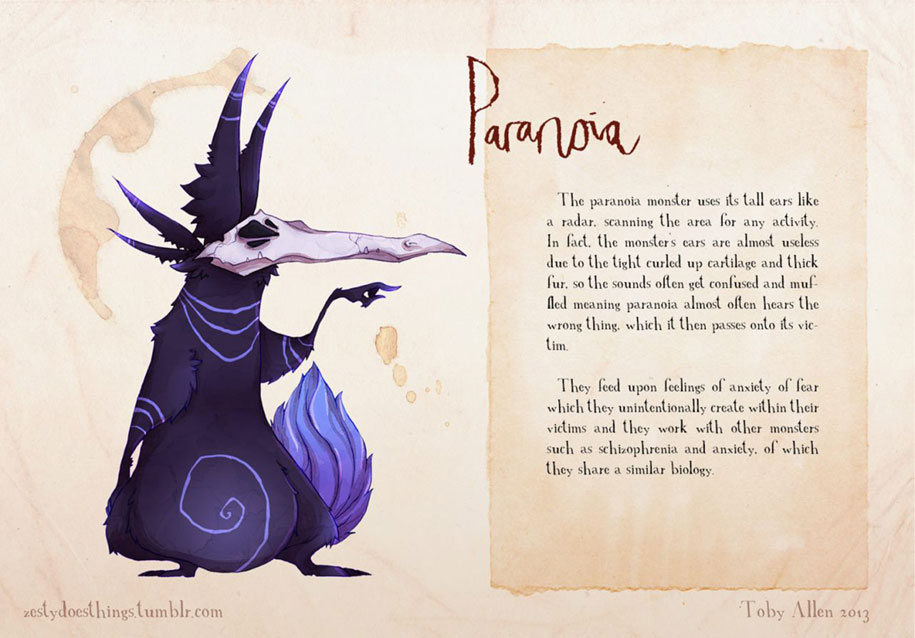 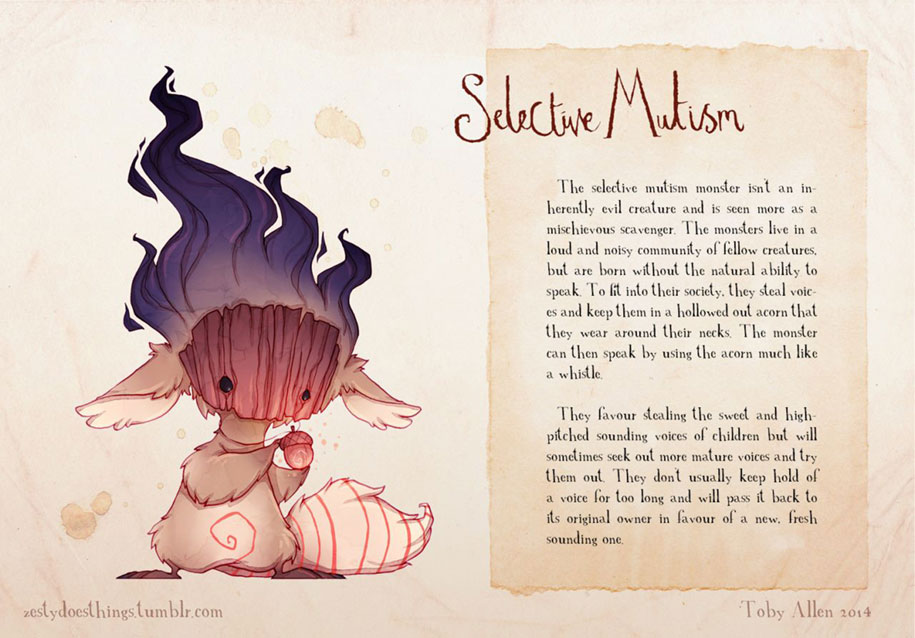 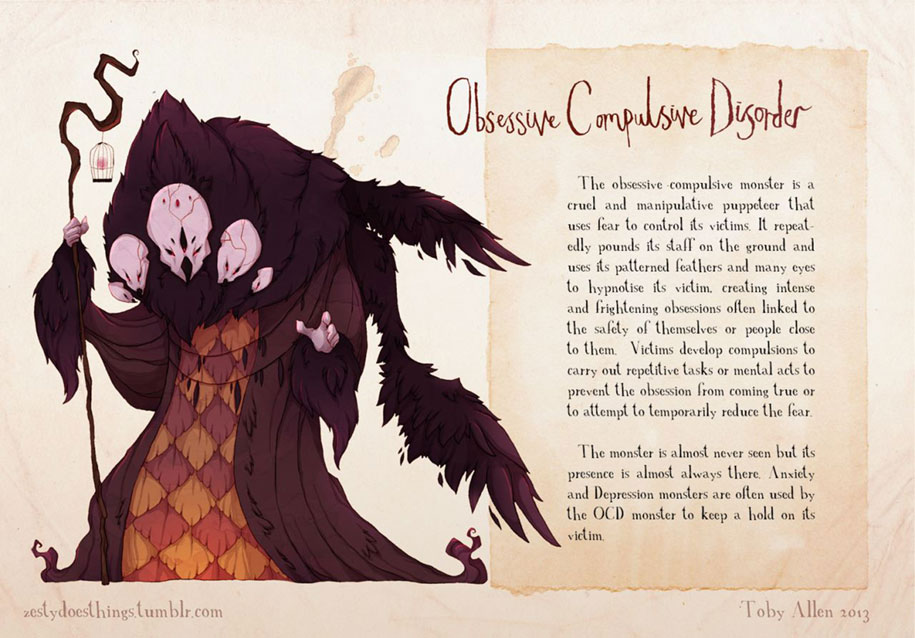 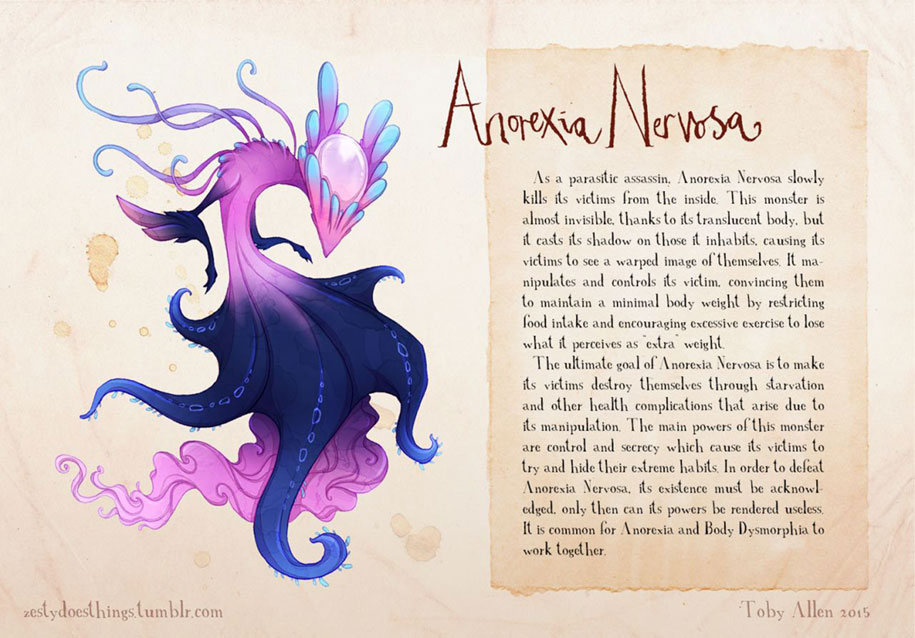 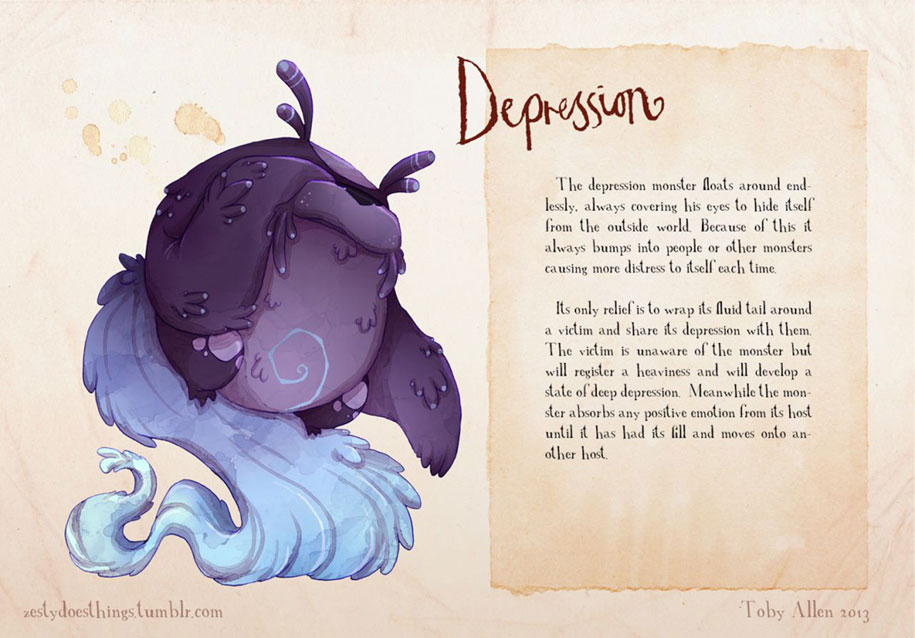 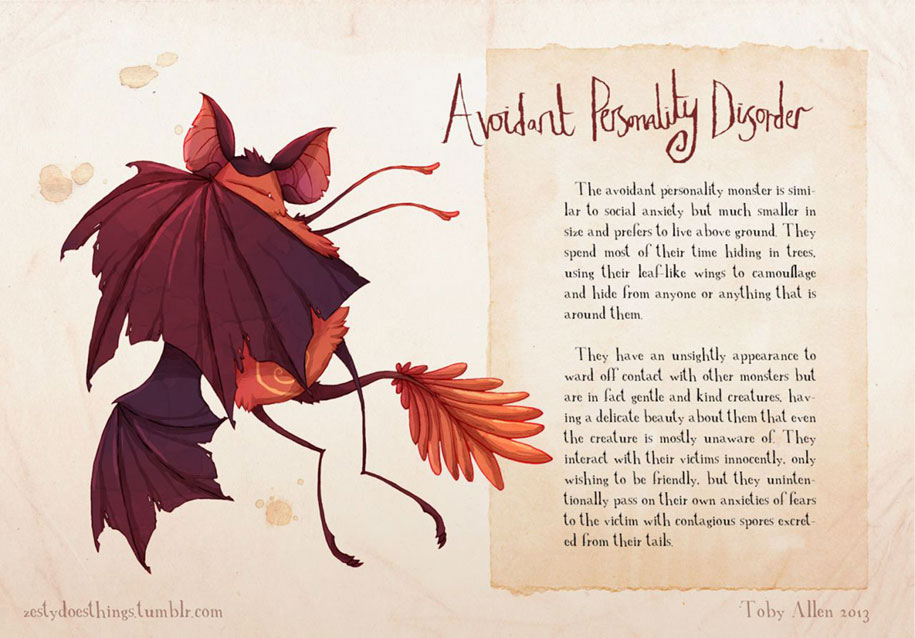 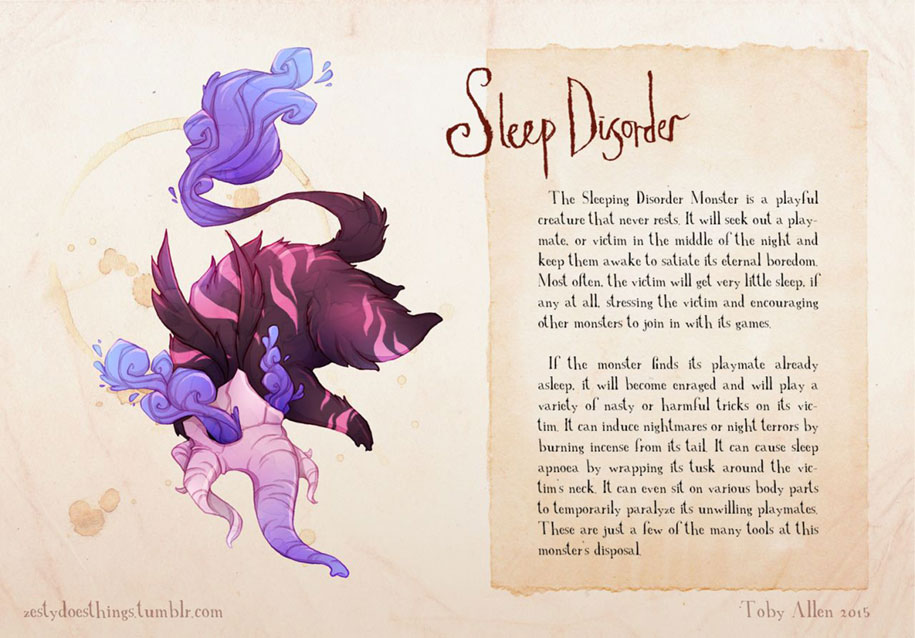 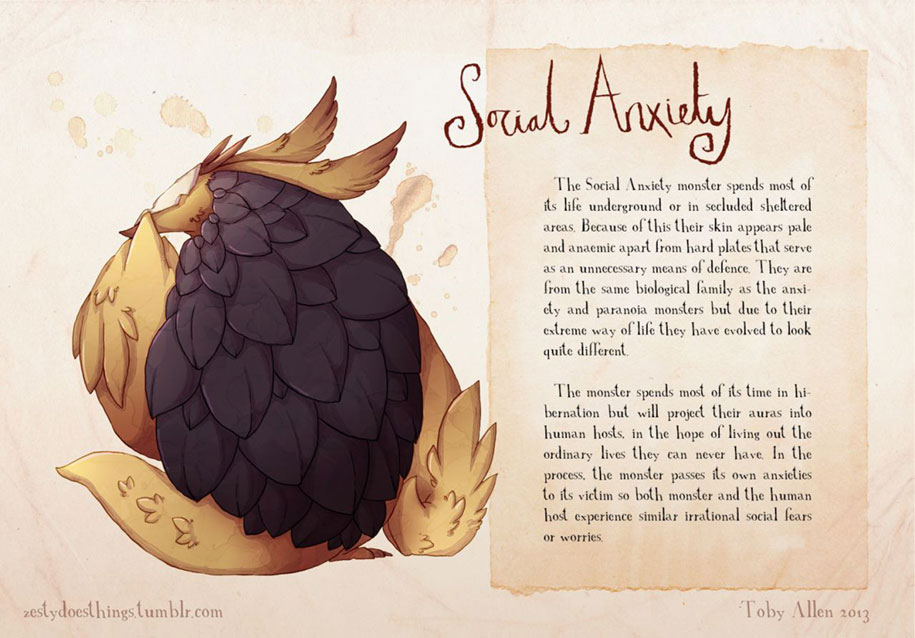 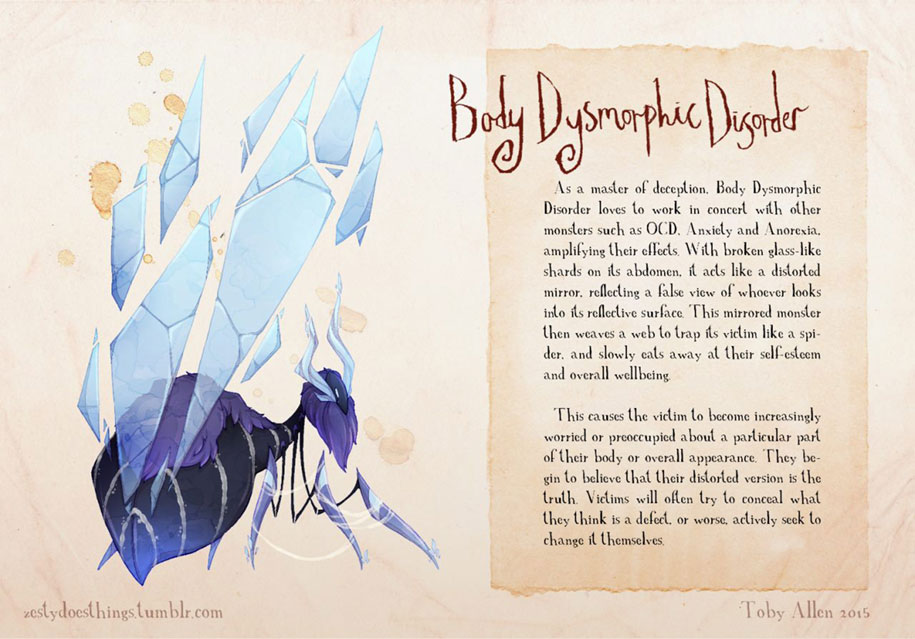 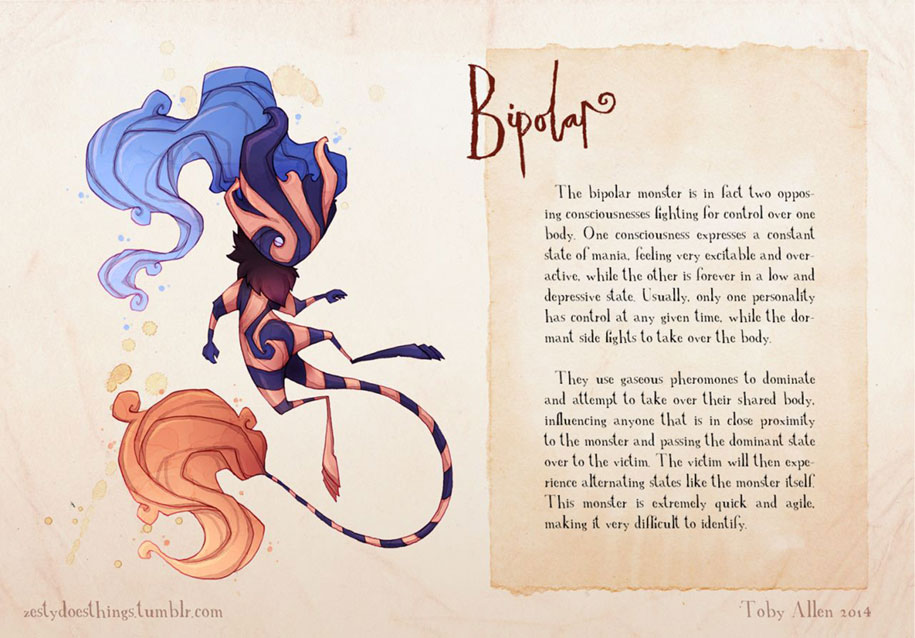 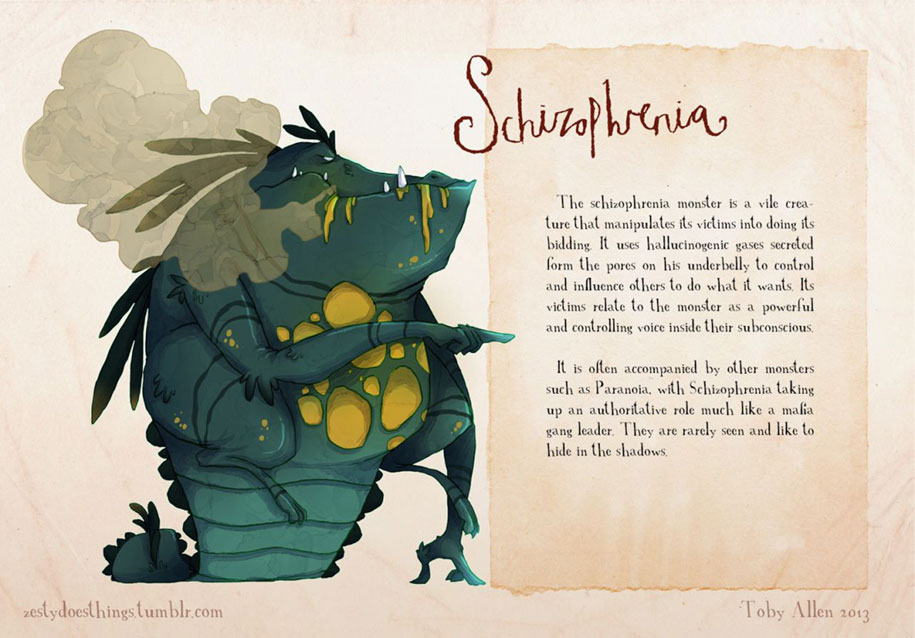 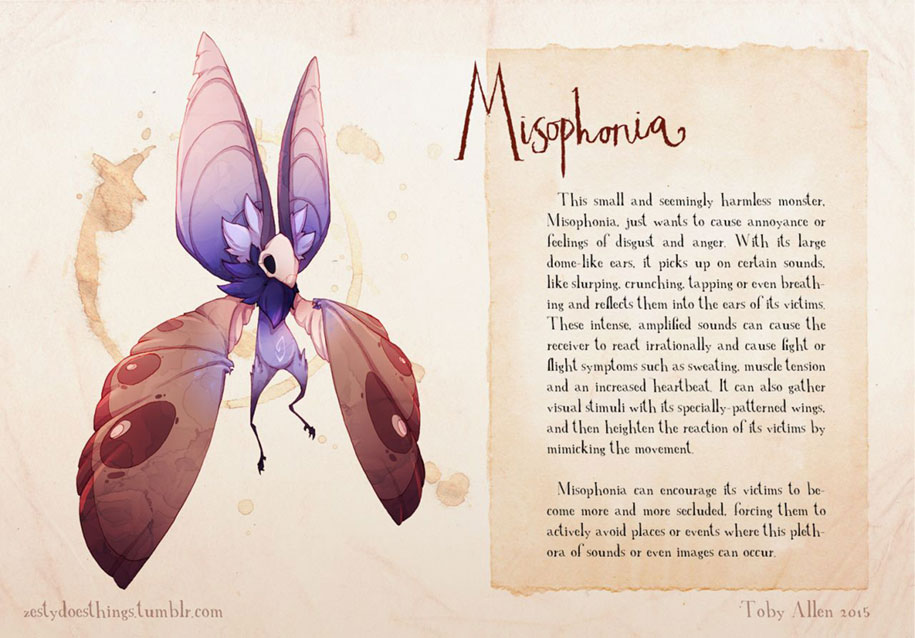 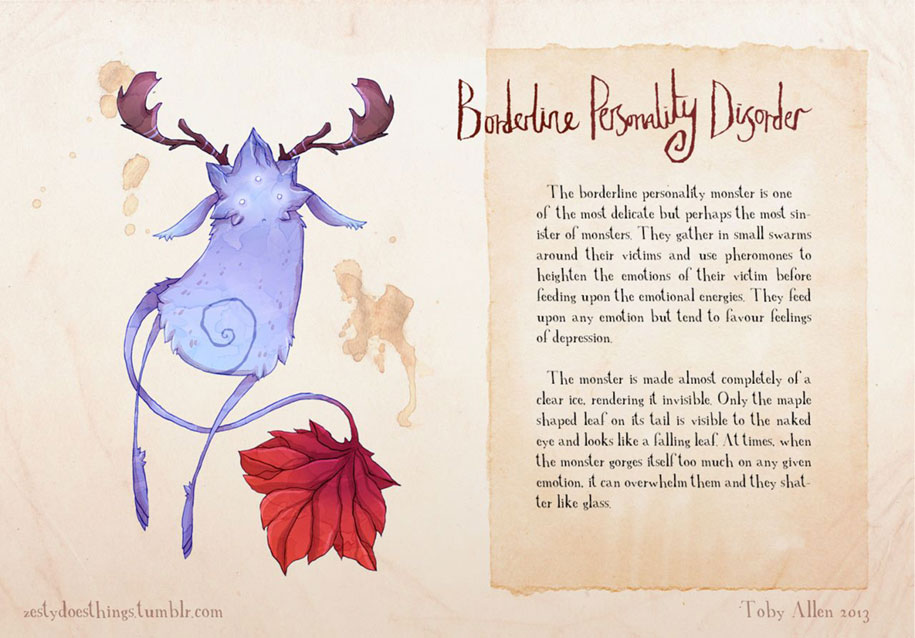 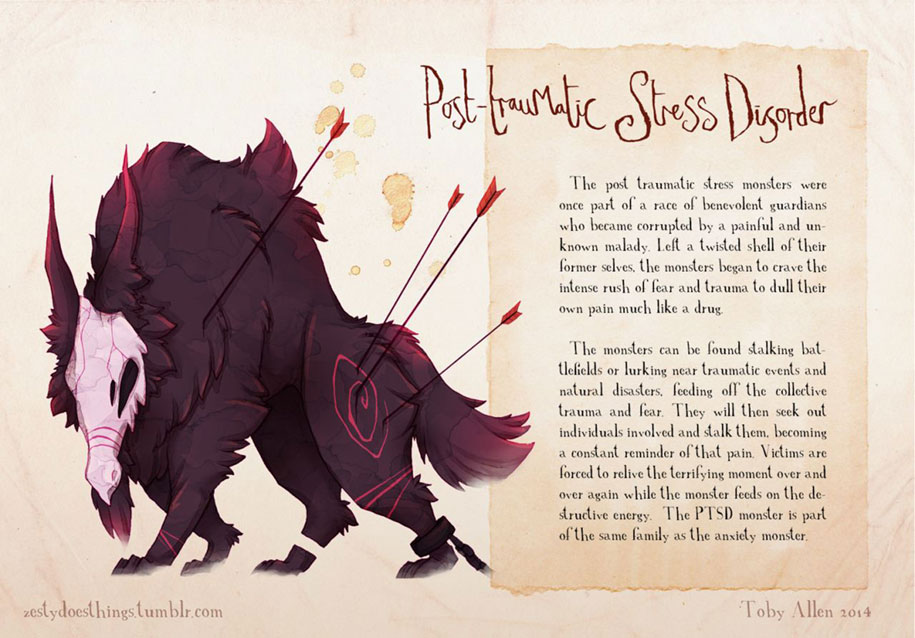