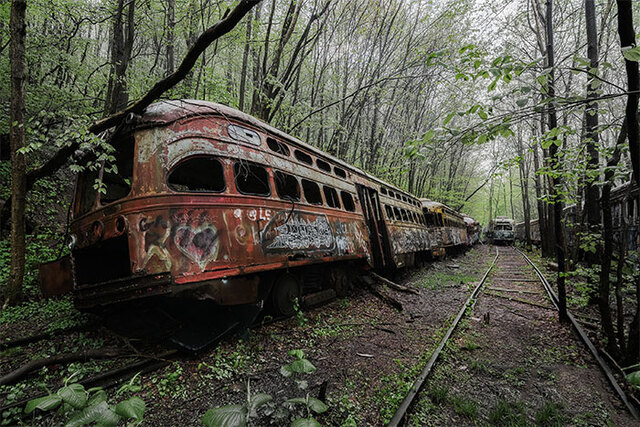 Janine Pendleton is a UK-based photographer and urban explorer who had set out on a trip to visit the United States back in 2018. The photographer says this wasn’t a typical trip across the pond – there was no shopping or traditional sightseeing. Instead, Janine used her time to search for interesting abandoned places, as it’s something she calls an obsession that takes her all over the world.

“I scoured websites, blogs, and news articles in search of lost American treasures. I made contact with some amazing local photographers, arranging meet-ups and exchanging locations. The months and weeks passed quickly,” said the photographer. “In the days before my flight, my map was a polychrome of multi-colored pins. Each marked a photogenic relic of the past, spread across ten different States. It was already clear that this was going to be an amazing trip!”

The photographer visited ten states and spent most of her time in Pennsylvania where she photographed 21 stunning abandoned locations. “I was so trigger-happy with my camera shutter, I ran out of memory card space partway through the trip!” joked Janine.

Check out Janine’s favorite shots from her time in Pennsylvania in the gallery below! 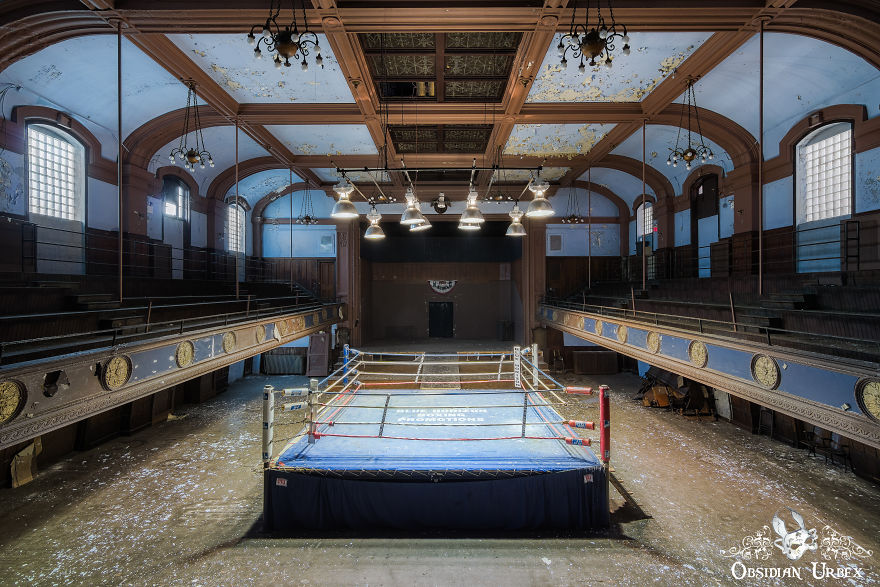 “This once famous venue opened in the early 1960s. It has stood empty since around 2010. There are imminent plans to demolish it.” 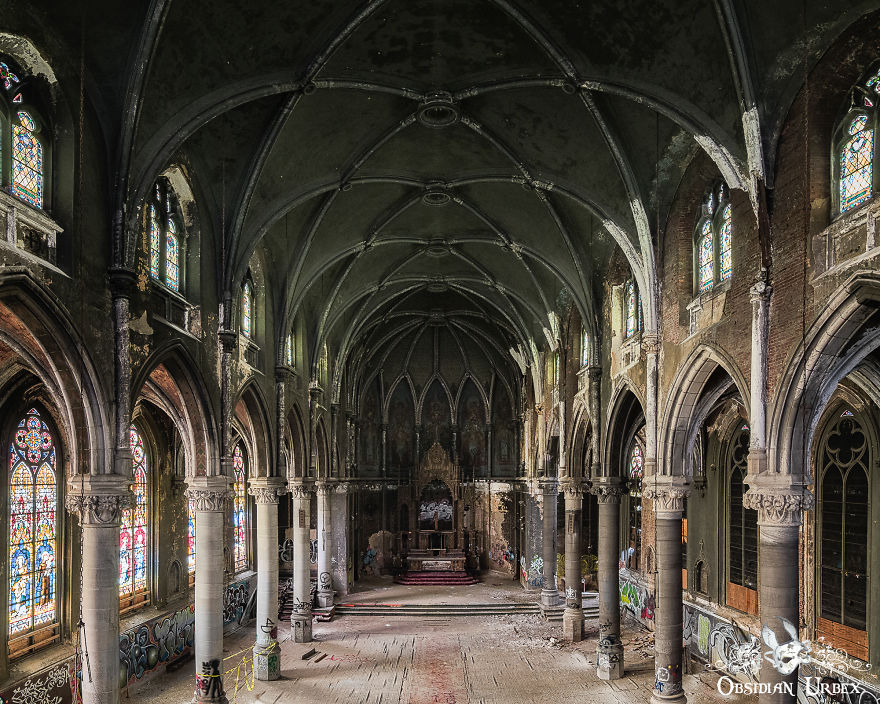 “This Church is over 120 years old and has been abandoned for two decades.” 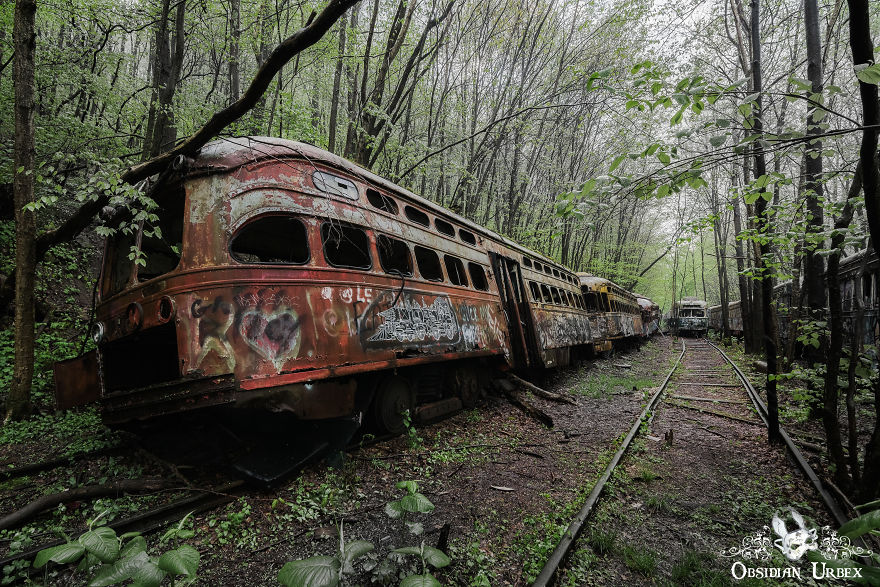 “This rusting collection of treasures from a by-gone age wait patiently for restoration, hidden in the woods.” 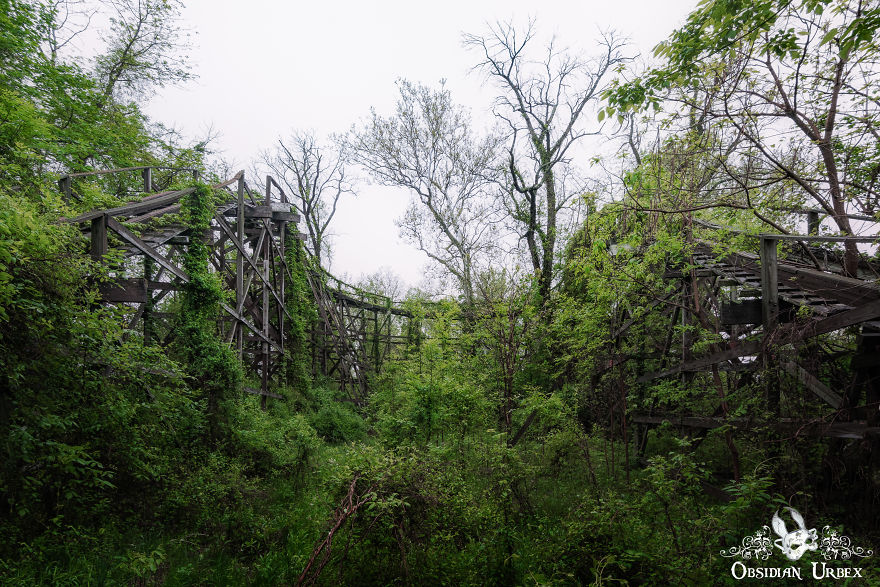 “This overgrown wooden rollercoaster was once the star attraction at this former theme park. The park has been disused and falling into disrepair for over a decade.” 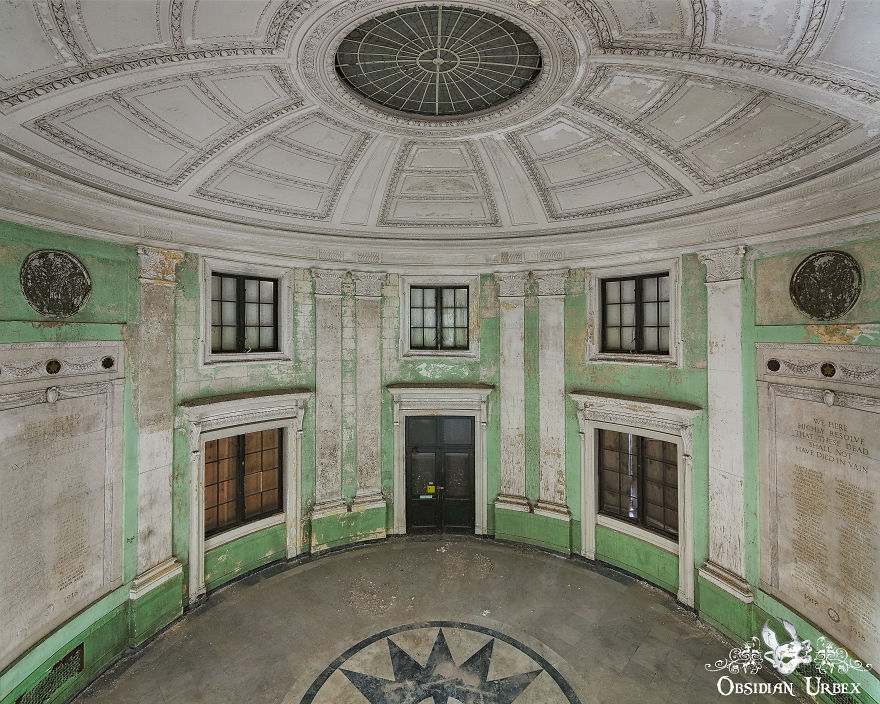 “This stunning building was built in the 1920s, in a Classical Revival architecture style. The building has been disused since the late 1990s.” 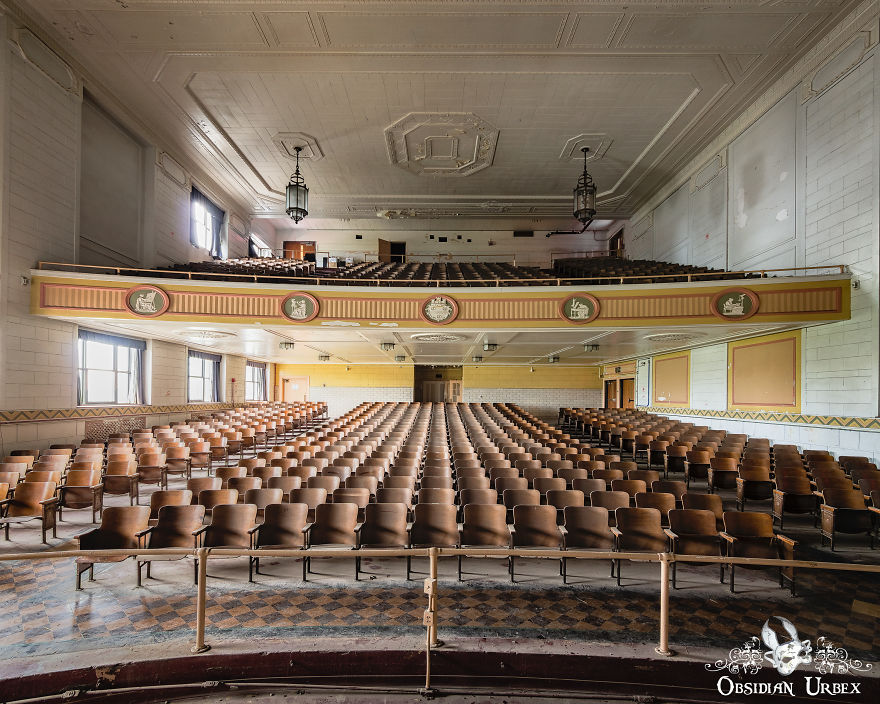 “This dramatic Art Deco and Classical Revival building is perched high on a hill, overlooking the city below. The school was forced to close in the mid-2000s.” 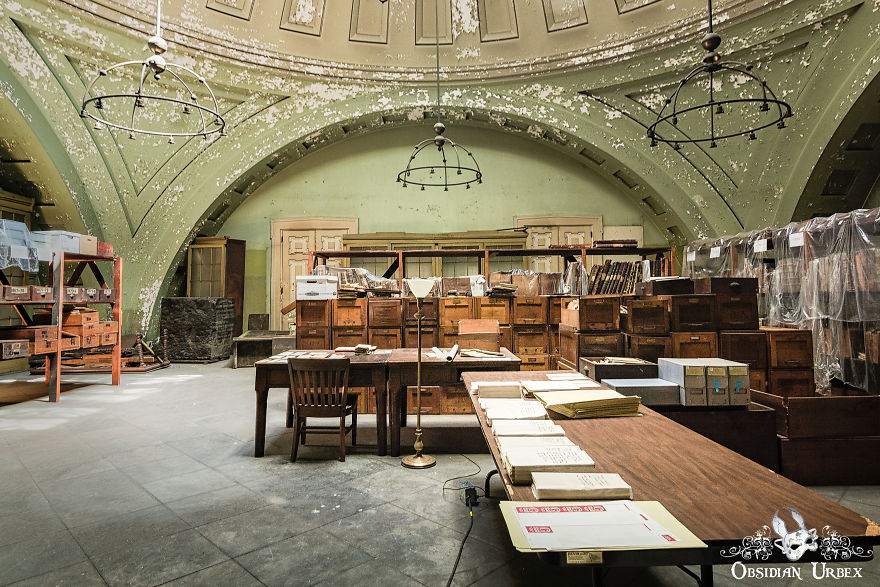 “The room houses the records of a French-American immigrant tycoon and philanthropist. This collection documents the finances of his empire in meticulous detail, spanning over 50 years of trading.” 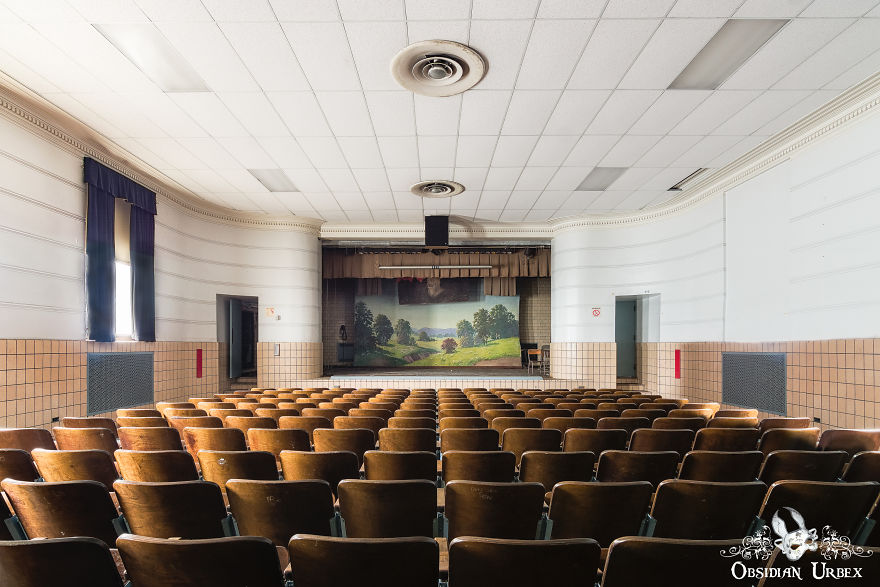 “This school closed in the mid- to late 2000s, based on the information available.” 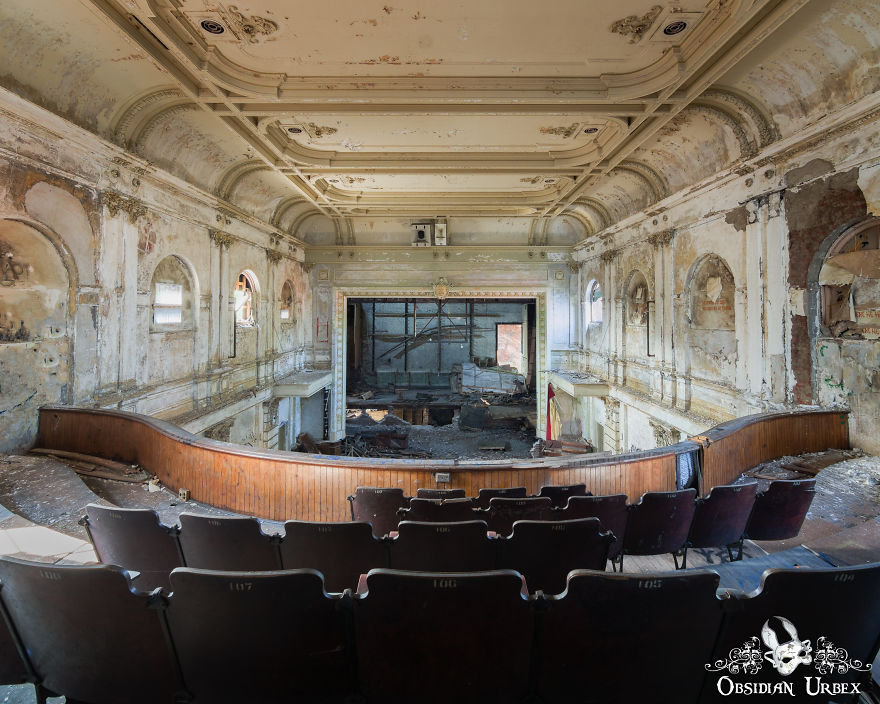 “This auditorium was part of a former Catholic high school. Attendance levels became unprofitable early 2010s, and this once popular stage saw its final performance.” 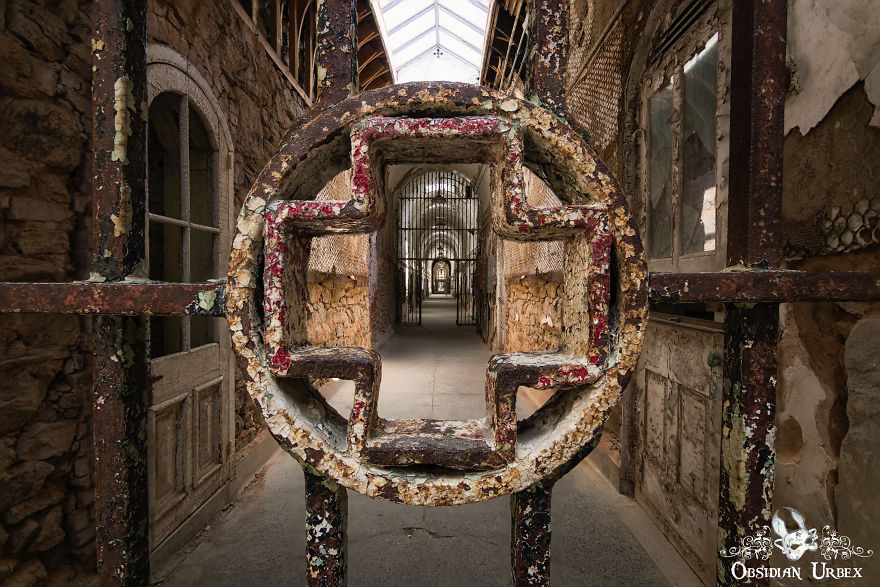 “Eastern State Penitentiary operated between 1829 and 1971. You can now visit this disused prison for tours.”