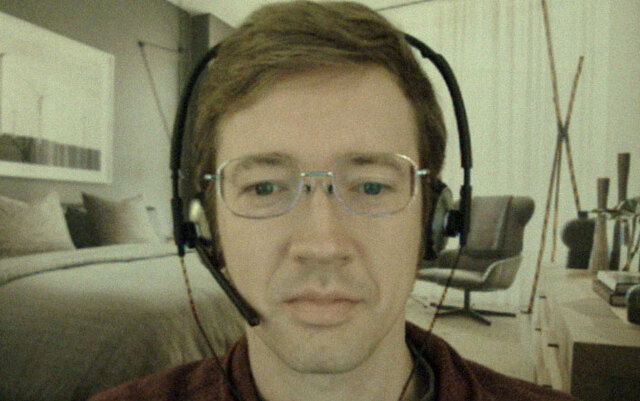 Even in quarantine some of us can’t escape the dreaded conference calls. One guy, however, decided to make the best of the situation and used the opportunity to play a prank on his coworkers.

Musician and software engineer Andrew Eckel from Cambridge, Massachusetts printed out a giant photo of a luxurious apartment and used it as a background during his conference call. Surprisingly, none of his coworkers realized that the apartment in the background wasn’t Andrew’s real apartment at all!

The man ended up posting the process of his prank on Imgur where it collected nearly 178k views – check it out below! 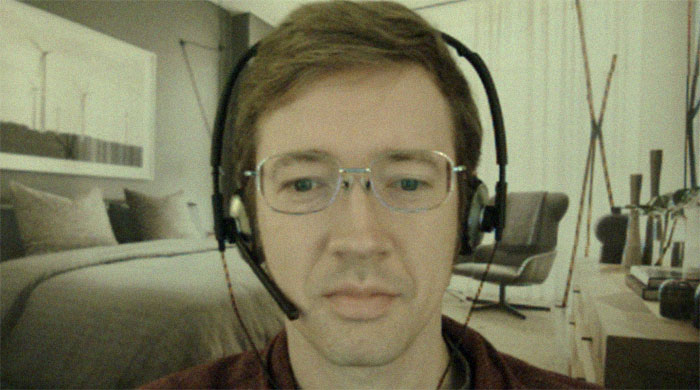 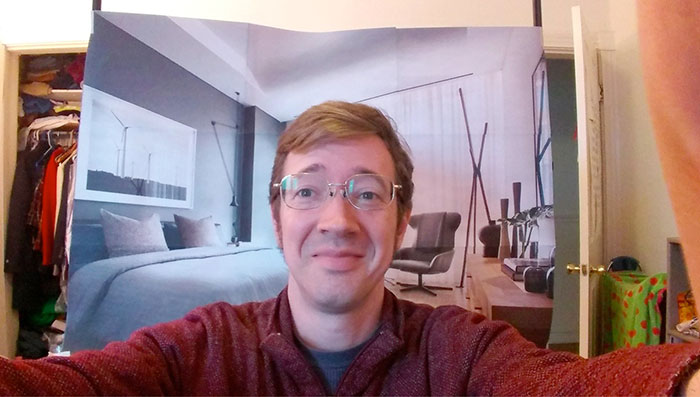 In an interview with Bored Panda, Andrew revealed that he thinks a lot of people aren’t really in the habit of making their beds every day and he did not want to show his messy bedroom this week. “I thought the prank would appeal to a lot of people, but I’ve thought that about many projects in the past that never got much attention, like my music videos and a video effect I made that delays darker parts of the image,” said the prankster. 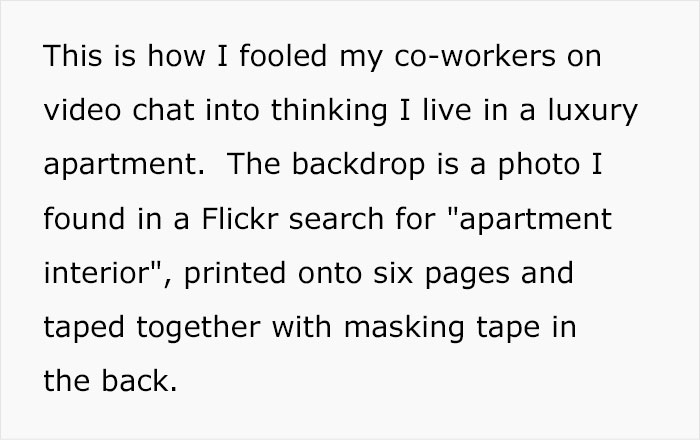 The man said that just 10 minutes after making his post, Sarah, the co-founder of Imgur, made a comment under it – that’s when he knew this one’s going to be different. “My favorite comment on Imgur was a suggestion that I make a new backdrop, of a room that looks totally normal but is upside-down. It wouldn’t fool anyone; it would just look really funny. I think I’ll do that,” joked Andrew. 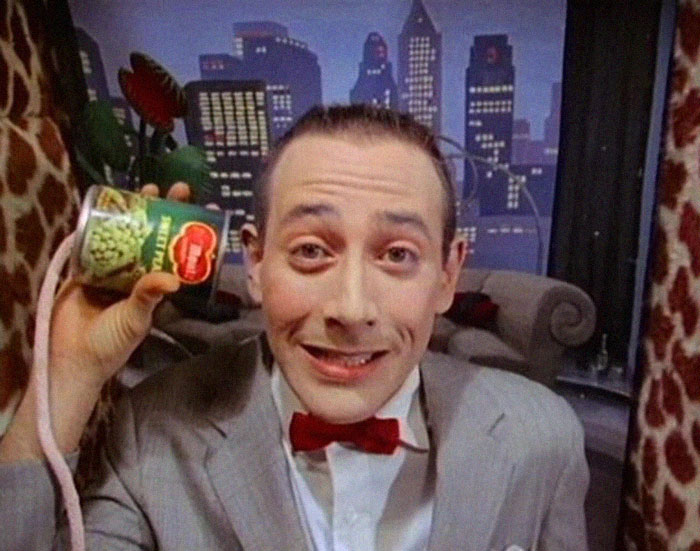 Andrew said that his coworkers found the prank hilarious. “I told them that before we all hung up I wanted to show them what I had ‘made’ over the weekend. They said sure, and I said, ‘It’s back here, by the window,’ pointing at the paper backdrop. Then I tapped on the paper and zoomed out the camera,” said Andrew. “They were laughing and laughing, especially when I moved the camera around the room to show them how flimsy the backdrop was that had fooled them all.”

“One coworker said she was wondering why I wasn’t using the nice office chair seen behind me, and another said she thought I lived in a Westin,” said Andrew. “The style of the fake room doesn’t really match my aesthetic, and a room with a sleek, curvy window like that wouldn’t be affordable in my area. I had purposely positioned my head to hide that window until late in the call.” 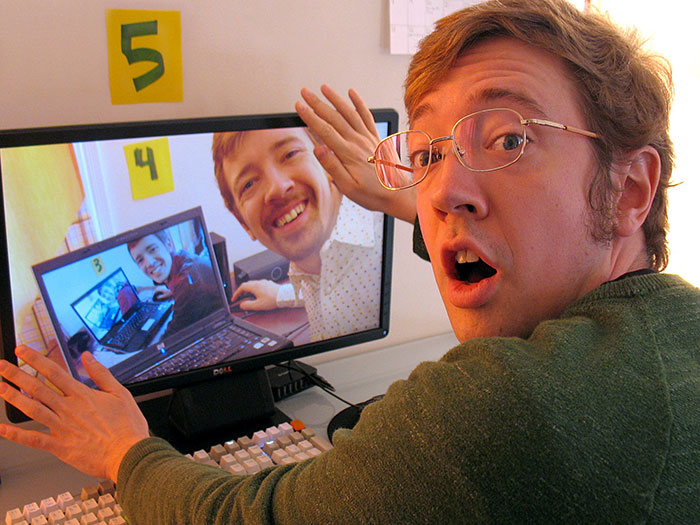 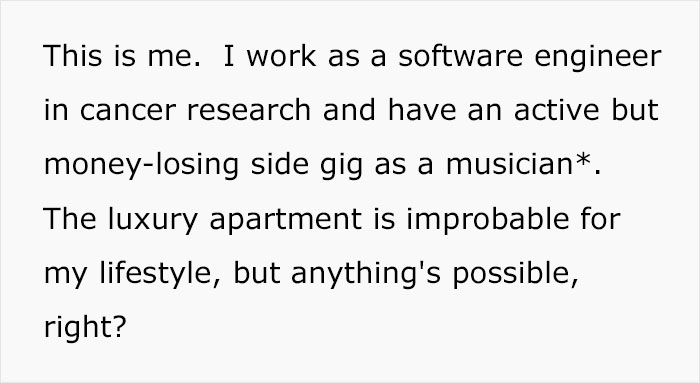 The man revealed that the only big change during the quarantine was that his shows were canceled. “The impact there is more cultural than financial since I rarely make enough from a show to pay for the Lyft home,” joked Andrew. “But every show is a chance to get my music to a wider audience, and they’re super fun, too!”

Andrew said that one of the upcoming shows was supposed to be on his mom’s birthday and that his parents were planning on driving out from upstate New York to see it. Now the man is not sure when he’ll get to see them next. “I miss my friends too, and I’m going to try setting up ‘parties’ in Zoom with them. It’s too late to fool them with a backdrop, though. The cat is out of the bag,” added Andrew. 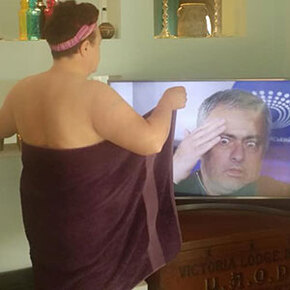 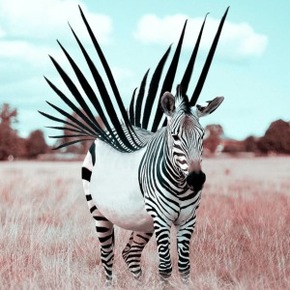 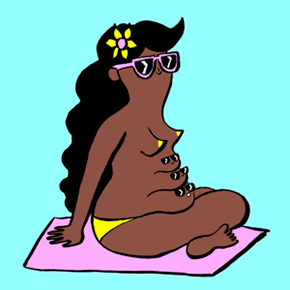 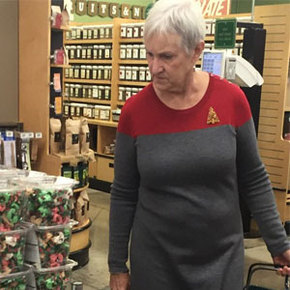 50 Accidental Cosplays That Are So Good, They Should Have Been At Comic Con 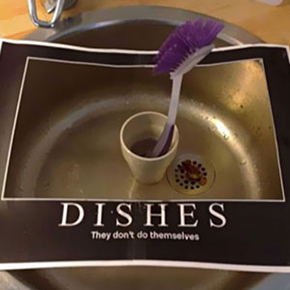 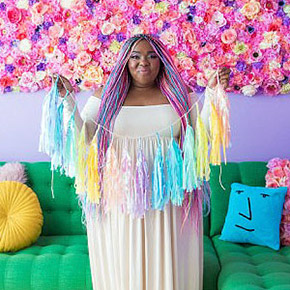 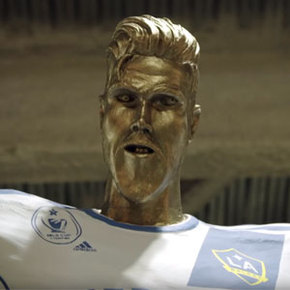 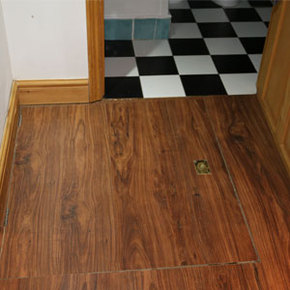 Guy Moves Into New Apartment, Finds A Hidden Trap Door That Wasn’t In The Rental Agreement