Canadian commercial photographer, director and publisher Joey L. has had a lifelong interest in endangered cultures and traditions and rare religious practices. He recently enriched his stunning  “Holy Men” portrait series by travelling to the Indian city of Varanasi (one of the oldest inhabited cities in the world) for the third time and capturing divine portraits of religious ascetics who have long ago abandoned their civilized lives.

The photographer’s subjects in Varanasi were Sadhus (Hindu ascetics) and religious students. “Their reality is dictated only by the mind, not material objects,” says the photographer. “Even death is not a fearsome concept, but a passing from the world of illusion.”

The photographer largely focused on the Aghori, an intense sect of Sadhu who overcome all things that are considered taboo. “They may meditate on corpses, eat human flesh as part of a sacred ritual, or keep a skull as a reminder of the impermanence of life,” explains the photographer.

The documentary “Beyond”, created by filmmaker and Joey’s trip companion Cale Glendening, serves as a perfect complement to the series. 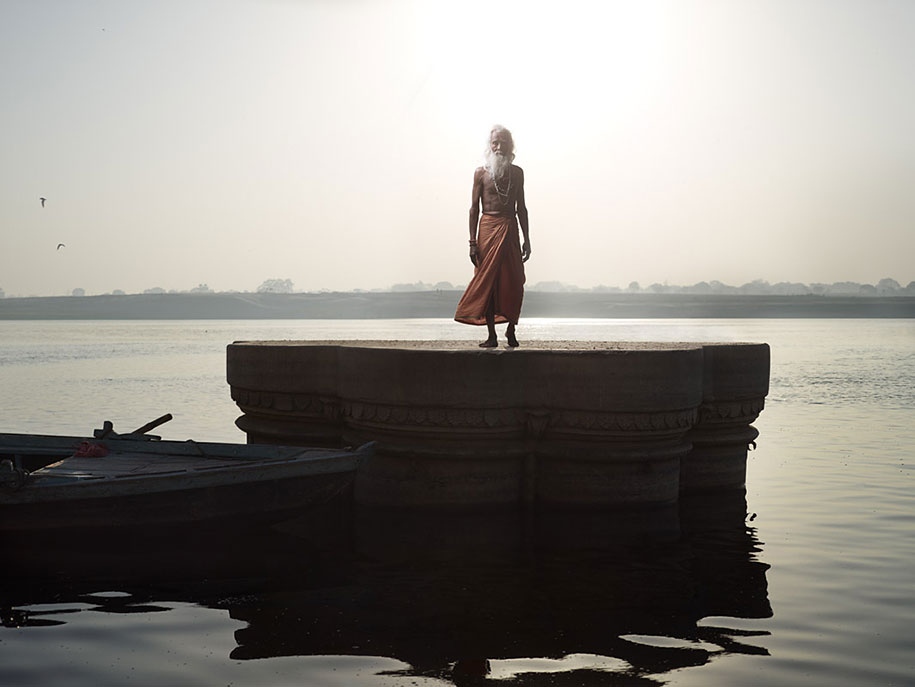 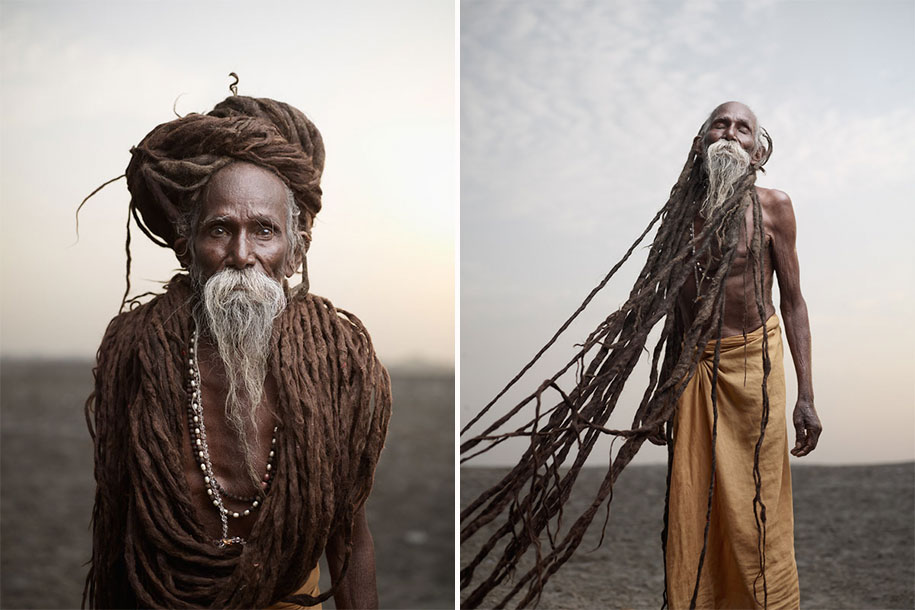 “Lal Baba has dreadlocks several meters long, which have been growing for over 40 years. To sadhus, dreadlocks are a sign of renunciation and a life dedicated to spirituality. Lal Baba’s life is to travel. Even at 85 years old, he will continue to travel from holy place to holy place in India and Nepal.” 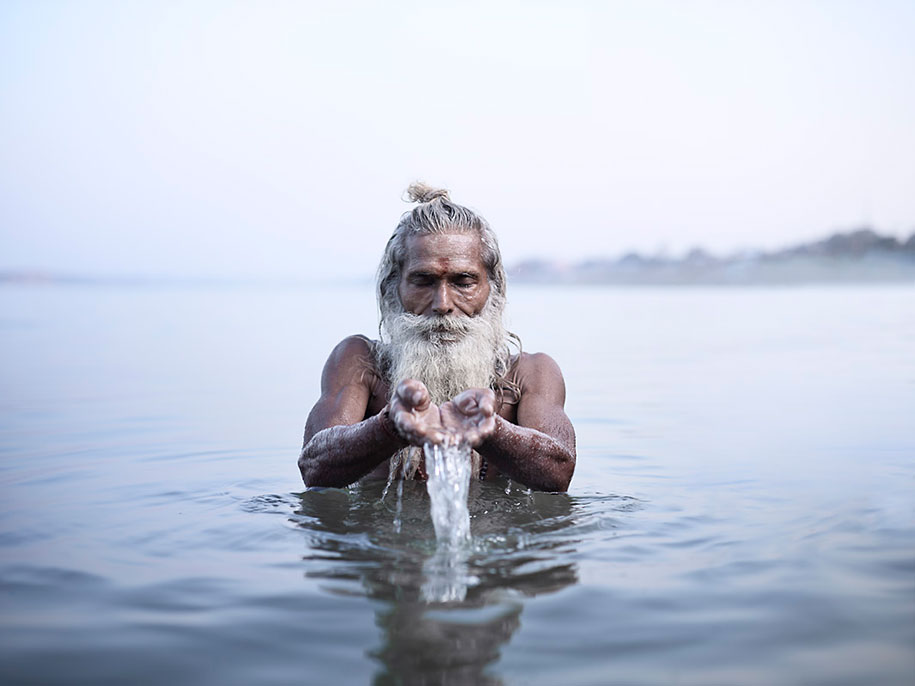 “Vijay Nund performing morning rituals in the Ganges River, the most sacred river in Hinduism.” 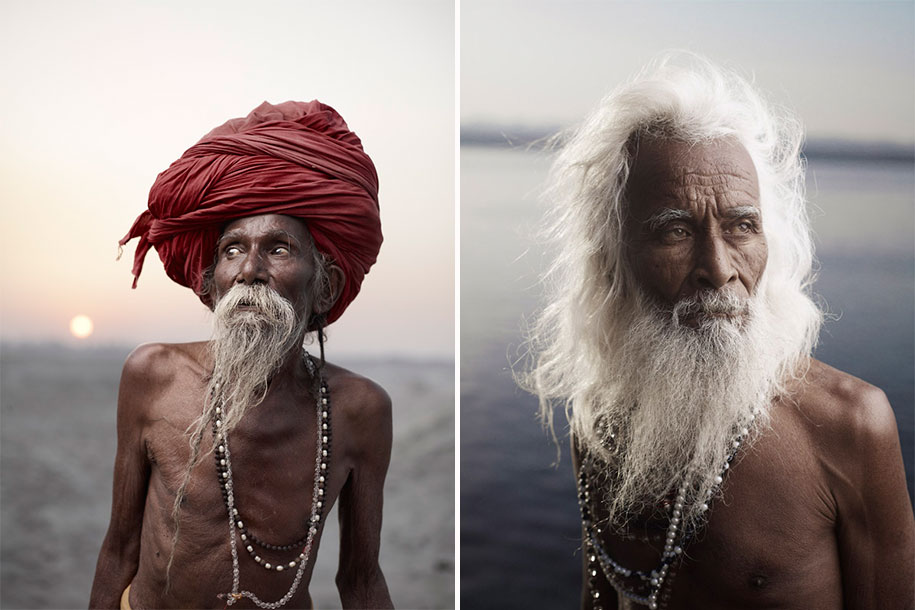 Left: “When he was young, Lal Baba’s (left) parents arranged a marriage for him. Uncertain about his future, he ran away from home in Bihar Siwan and took up the lifelong task of becoming a sadhu.”  Right: Shiv Ji Tiwari. 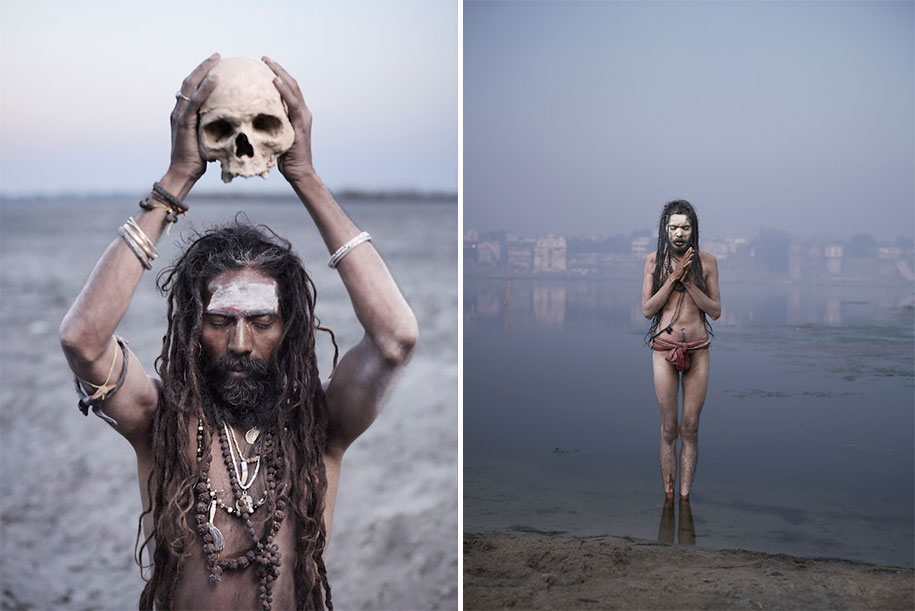 “The Aghori have a profound connection with the dead.” 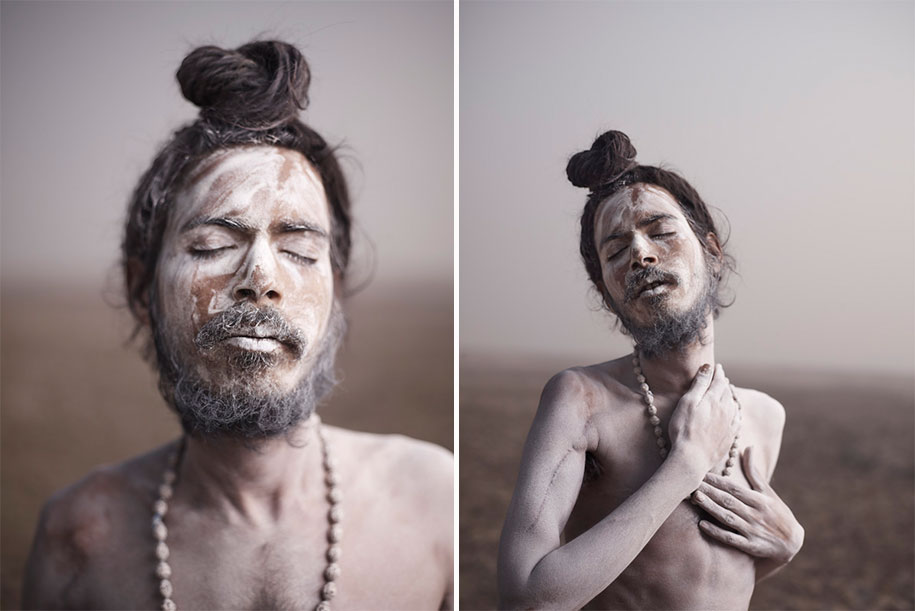 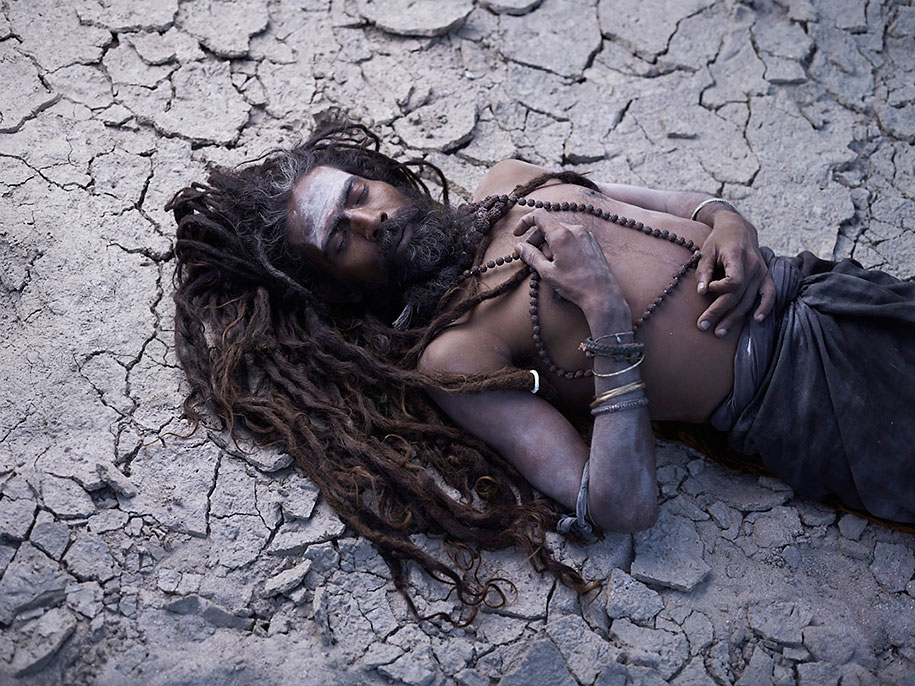 “Aghori sadhus cover themselves with human ash, which is the last rite of the material body.” 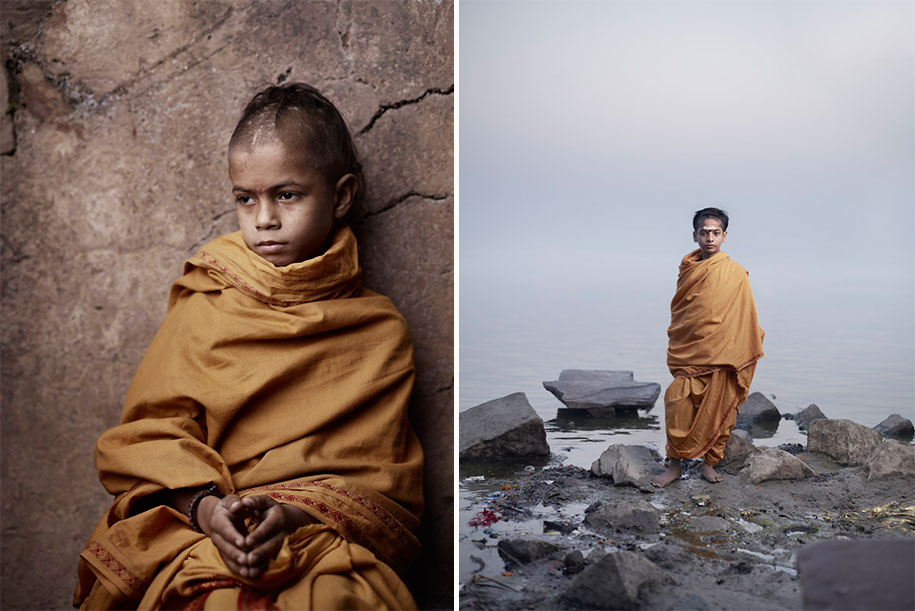 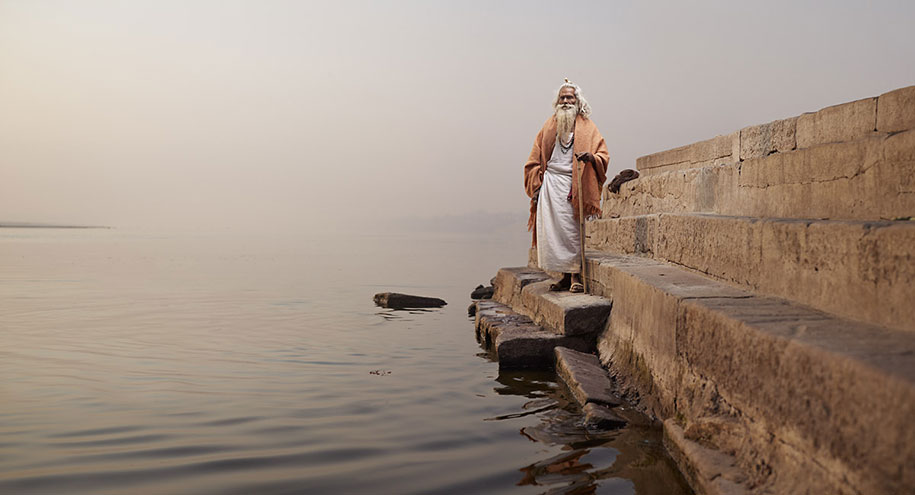 “Baba Vijay Nund on the steps of Chet Singh Ghat on the banks of the Ganges River.” 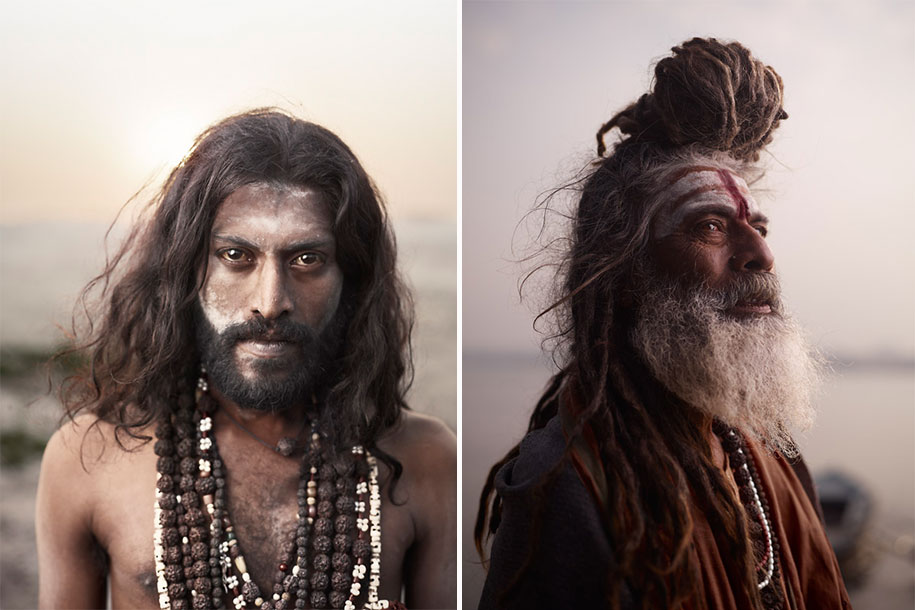 Left: “Magesh Nalla (left) left a well paid job as an IT computer consultant to pursue to path of Aghora. After years of practice, he finds no temptation to return to his old life.” Right: Baba Nondo Somendrah. 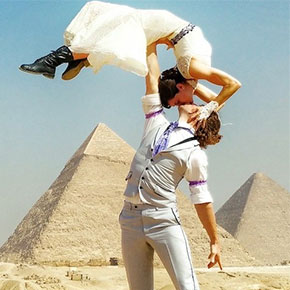 I Am The Ad!
Digital Art, Graphic Design, Illustration 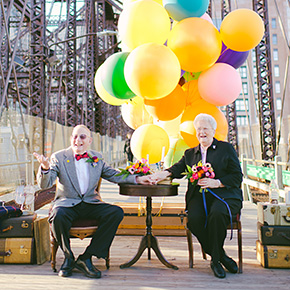