3D printing is the future of… well, something, certainly. But for Tatiana Guerra, a blind mother-to-be from Brazil, 3D printing is what allowed her to ‘see’ the ultrasound of her baby. Huggies’ #CountingTheDays campaign provided the mobile 3D printer.

Whereas previously blind mothers were robbed of the joy of first seeing their baby with ultrasound, 3D printing actually produced a relief of Tatiana’s little Murilo. It even had “I am your son” written in Braille. As can be seen in the video, Tatiana was entirely overwhelmed with emotion after ‘seeing’ AND touching her baby before he was born.

Huggies Brazil cooperated with ‘the goodfellas’, who provided the 3D printer and printer expertise for this project. Photographers Lucas Tintori, Rodrigo Westphal Galego, and Fábio Kenji were tapped to catch the whole thing on film. This video is one of the few in the series where blind mothers can see their unborn children in this new way.

If you want to see some more medical uses of 3D printing, click here.

“If you could touch him, would that let you know what he’s like?” 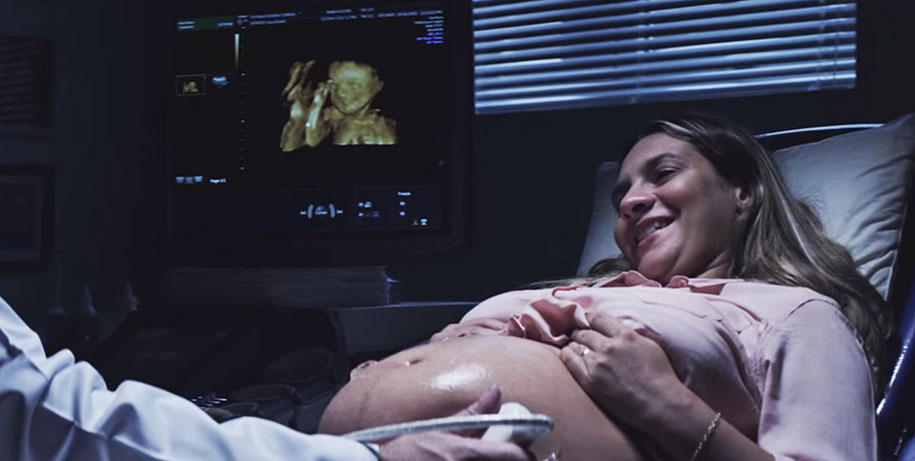 “Are you feeling something? That’s your son…”

“See if he feels the way you think he does…” 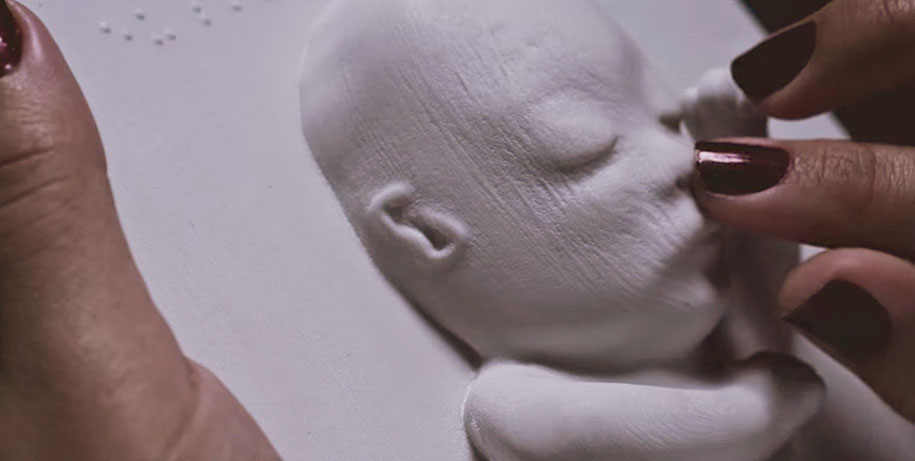 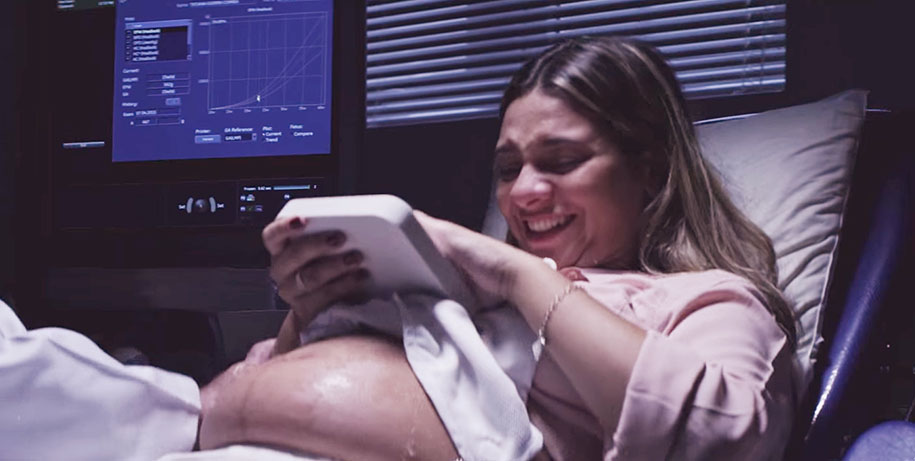 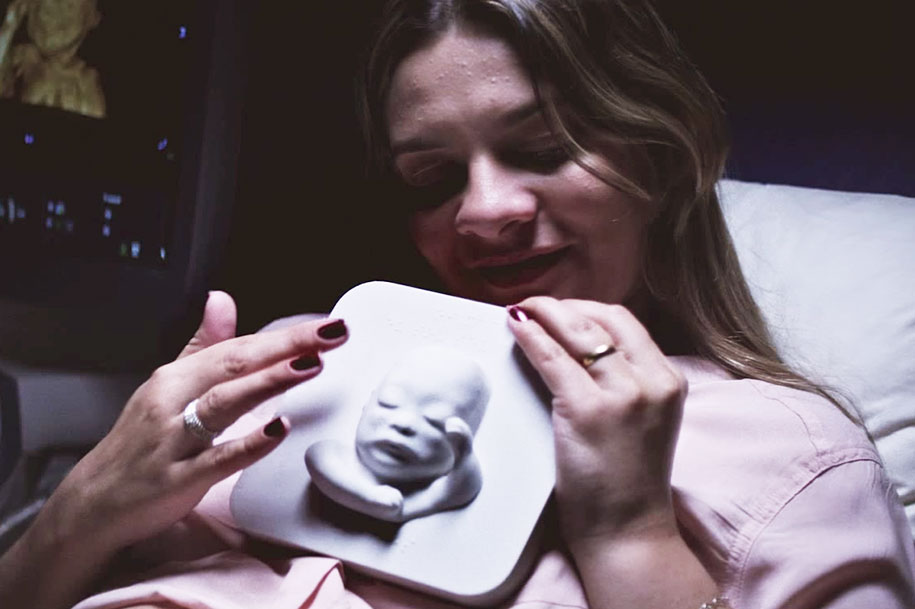